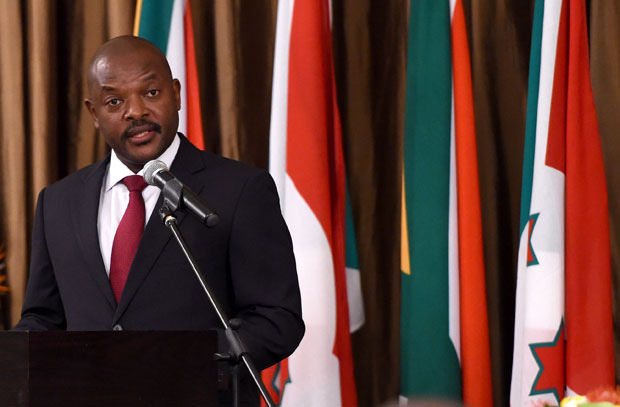 Facing its worst political crisis since the end of civil war in 2005, Burundi is awaiting the results of Tuesday’s vote in which President Pierre Nkurunziza ran for a third term, breaking the two-term limit agreed in a peace deal a decade ago.

“The European Union is preparing … to adopt, if necessary, targeted restrictive measures against those whose actions led to acts of violence, repression and serious human rights abuses or hinder the search for a political solution,” said Federica Mogherini, the EU’s foreign policy chief.

Six government officials are likely to be targeted with asset freezes and travel bans and discussions are under way to draw up the measures, EU officials said, although no further details were immediately available. There is no discussion to consider broader steps that could harm the population, one official said.

The United States has also imposed visa bans on some Burundian government officials. It has not named them.

Foreign ministers from the European Union, which funds about half the annual budget of Burundi, took the initial step to consider sanctions at a meeting in Luxembourg last month.

Weeks of protests in which demonstrators clashed with police preceded the June 29 parliamentary election, while explosions and gunfire erupted in Bujumbura before the presidential vote.

The government says the elections were fair and accuses the opposition of stoking tensions. Burundi says it wants good ties with donors but will not let them dictate policies.

Unrest erupted in Burundi end of April against a bid by president Pierre Nkurunziza to cling to power for a third term.

The president, a former rebel leader and born-again Christian, has been in power since 2005. Opposition figures and rights groups say his attempt to stay put goes against the constitution as well as the peace deal that ended a civil war in 2006.

The police crackdown on protests has provoked Western rebukes of a nation which relies on aid to meet half its budget. The European Union and Belgium individually halted aid earmarked for supporting elections, saying that the conditions were not right for a fair vote. European states are the biggest contributors to the budget, while the United States provides support to the army.