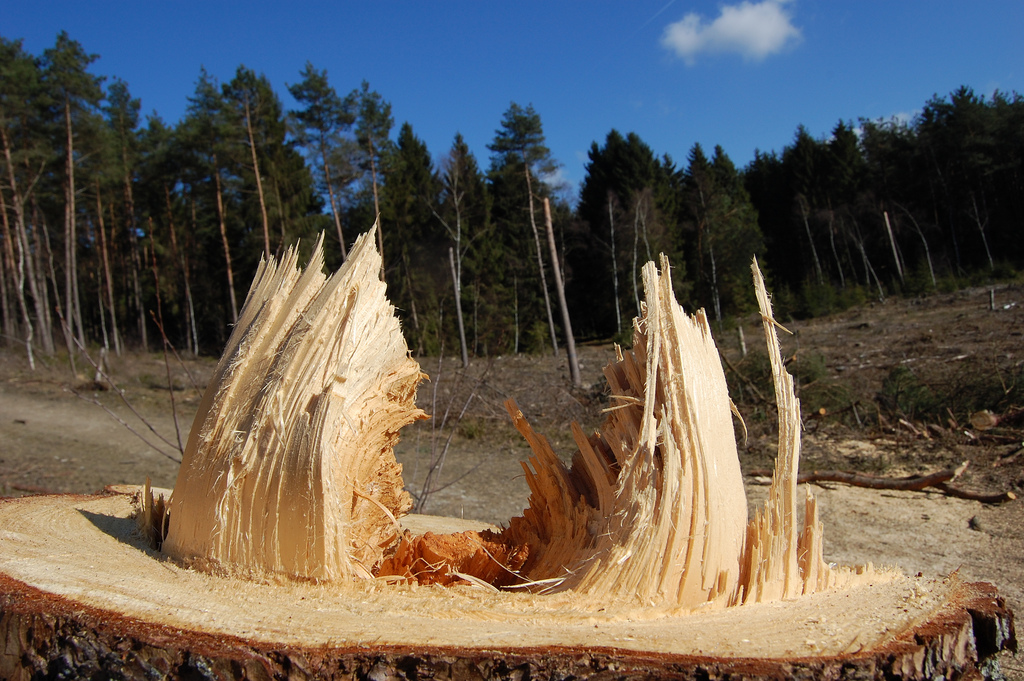 Many countries have no data on land use change, and deforestation often harms vulnerable people. [Angela Marie/Flickr]

Expanding agricultural land, a major cause of deforestation, is not the best way to ensure food security, according to a new report by the United Nations Food and Agriculture Organisation (FAO). EURACTIV’s partner Journal de l’Environnement reports.

“It is not necessary to cut down forests to produce more food,” FAO Secretary-General José Graziano da Silva said at the publication on Monday (18 July) of a report on the state of the world’s forests in 2016, entitled ‘Bridging the gap between forestry and agriculture to improve food security’.

Agriculture seems to have an insatiable appetite for new land. Seven million hectares of tropical forest were cut down each year between 2000 and 2010, with farmland growing by six million hectares over the same period.

But properly-managed forests can be highly effective tools for achieving the Sustainable Development Goals (SDGs), adopted in September 2015 at the United Nations Sustainable Development Summit. Forest resources can be used to cut malnutrition, improve the protection and restoration of aquatic ecosystems and access to sustainable energy, as well as fight climate change.

“Food security can be achieved through agricultural intensification and other measures such as social protection, rather than through expansion of agricultural areas at the expense of forests,” said Eva Müller, the director of the FAO’s Forestry Policy and Resources Division.

Cutting down forests destroys valuable ecosystems that protect the water cycle, stock carbon and form natural barriers to pests. Not to mention the fact that forests affect the local climate and provide habitats for important pollinators and other species.

Forests are most likely to be converted into farmland in low income countries with growing rural populations. This has been the case for centuries, but has often been balanced out by the natural recovery of forests elsewhere.

But according to the FAO, the current high rates of deforestation in tropical and subtropical zones are largely down to large-scale commercial agriculture (40%), followed by local subsistence farming (33%), with the remaining 27% attributable to  infrastructure development, urban expansion and mining. These figures “can vary significantly” depending on the region.

Large-scale commercial farming for export can bring certain economic advantages and improve food security, the FAO noted. But it may only contribute very little to local or national food security.

Land use change is often driven by demographic growth and changing eating habits, changing farming methods (and the evolution of markets), technological improvements and active political interventions. It should also be noted that the loss of forests between 2010 and 2015 was partly offset by the natural expansion of forests onto abandoned farmland (2.2 million hectares per year) and by active replanting (3.1 million hectares per year).

The FAO also examined the methods used by 35 countries to organise and document land use change.

Just half of the countries explicitly referred to land use cange in their planning documents. “It is important to formally recognise the traditional customary land rights, especially for vulnerable people that depend on forests,” the organisation said.

But national and local policy is not always made in the best interests of these people. “Governments should provide local communities not only with secure land tenure but also with secure forest tenure rights. A farmer knows best how to manage his or her own resources but often lacks legal instruments to do so,” said Müller.