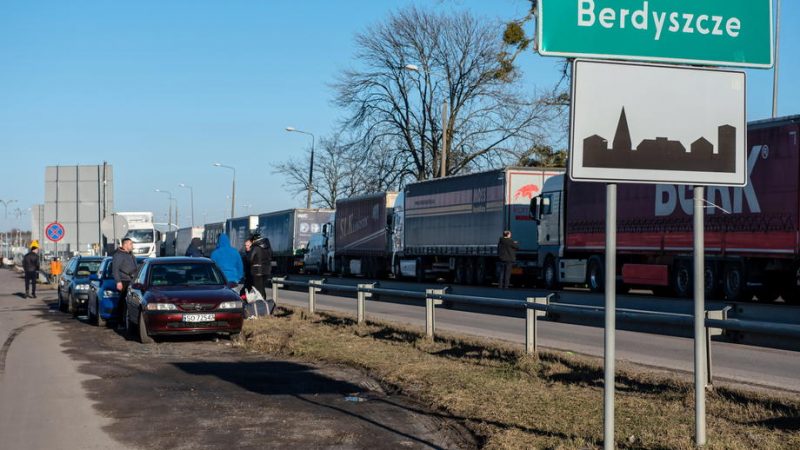 There is growing concern that aid spending by European states to cope with the humanitarian crisis resulting from Russia’s invasion of Ukraine will come at the expense of other existing crises across the world. [EPA-EFE/WOJTEK JARGILO POLAND OUT]

There is growing concern that aid spending by European states to cope with the humanitarian crisis resulting from Russia’s invasion of Ukraine will come at the expense of other existing crises across the world.

Oxfam warned on Friday (18 March) that some governments are planning to reallocate aid funds earmarked for other crises to pay for the costs of supporting Ukrainians.

“We must avoid a repeat where some rich countries end up effectively spending their aid budgets domestically,” said Head of Oxfam EU Office, Evelien Van Roemburg. She noted that only 3% of funds have so far been given to the United Nations’s $6 billion appeal to relieve widespread hunger happening now in Ethiopia, Kenya, Somalia and South Sudan.

Last year, the UN revealed that it was struggling to raise sufficient funding from donors to finance humanitarian aid operations in war-torn Yemen and Syria.

“The people of Yemen and Syria, all those millions now facing desperate hunger across East and West Africa, those still in camps in Bangladesh and beyond, those hit hardest by COVID and climate change – they must not be penalized and left paying the price of our duty of care toward the people of Ukraine,” Van Roemberg said.

The NGO also noted that the EU has more than halved its humanitarian funding to Timor-Leste, for example, and that some donors have indicated that they will cut their Official Development Assistance (ODA) to Burkina Faso by 70%, with other West African countries hearing similar news.

While aid agencies have generally welcomed the efforts by many European countries to provide shelter and visa free status for refugees fleeing Ukraine, there are questions over the long-term costs of this aid. National aid budgets across much of the EU are under pressure as governments seek to rein in spending following the increased budget deficits that resulted from the COVID pandemic.

The EU’s humanitarian aid commissioner, Janez Lenarčič, has predicted that over 4 million refugees could arrive in the EU from Ukraine. The commissioner told EURACTIV earlier this month that several member states have made requests for financial assistance to help them provide refugees with temporary shelter and medical aid and equipment.

The Center for Global Development, a US based thinktank, has estimated that hosting and integrating Ukrainian refugees could cost host nations an estimated $30 billion in the first year alone.

In the meantime, the vague definitions of ODA already allow for creative accounting by donor countries. In 2015, when half as many refugees made their way to Europe from Syria and beyond, donor countries responded by counting 11% ($15.4 billion) of their aid commitments to pay to support them.

Under the rules of the Development Assistance Committee at the Paris based Organisation for Economic Cooperation and Development, temporary sustenance costs, such as food and shelter, count as ODA.