The UNCTAD report was presented on Thursday (14 September) in Brussels by a familiar face in the Brussels bubble: Isabelle Durant, a former Belgian deputy premier and vice-president of the European Parliament (Ecolo/Green-EFA group), who is now deputy secretary general of UNCTAD.

Durant and Alex Izurieta, senior economist at UNCTAD, emphasised that the report wasn’t ideological. However, many messages, such as ending austerity, increasing public spending and putting back states, not multinationals, in the world’s drivers’ seat, suggested the contrary. 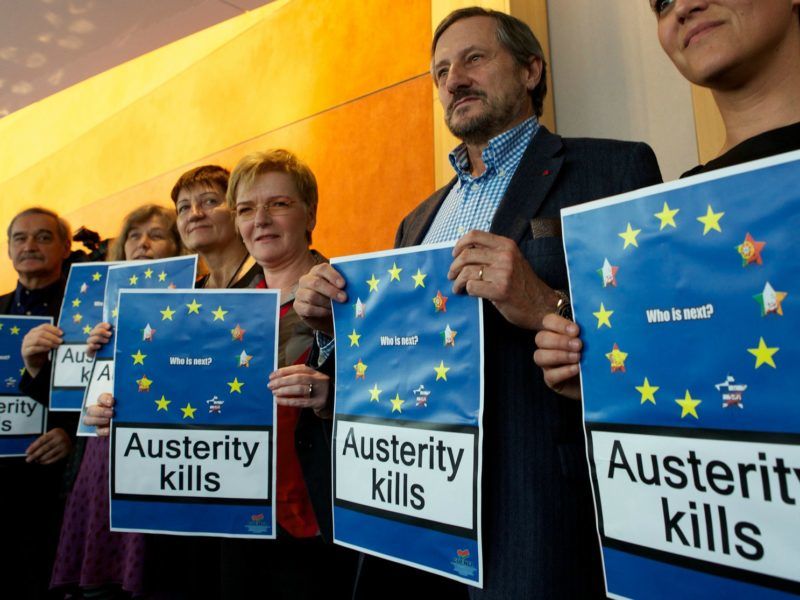 The world must ditch austerity and economic neoliberalism and undertake a global “New Deal” to rebalance the global economy and achieve prosperity for all, the UN trade and development agency UNCTAD said in a report on Thursday (14 September).

“Markets alone are not going to deliver,” Izurieta said, adding “we need stronger states”. But he explained that states were unable to change the “gloomy picture” of today’s world, particularly faced with corporate power.

The economist explained that policymakers believe there is a need to spend more on education, build infrastructure, and take better care of the elderly, but as soon as the public expenditure was increased, states were being “castigated” by the markets and the corporate sector.

This is why, Izurieta said, measures to change this situation should be coordinated internationally. He mentioned African Union proposals to counter pressure by corporations, particularly in the mining sector, which come to Africa asking countries to reduce their taxes as a condition of engagement.

To respond to the challenge, Izurieta stated that UNCTAD had made a “very particular estimate”, based on the global distribution of income, based on the World Wealth and Income Database.

“If we charge an extra 5% tax rate on the top ten decile, we obtain the very modest figure of one trillion. So whenever we say the public sector doesn’t have the resources, only a 5% tax increase of the top ten decile would leave us with one trillion, which is far more than what the official development assistance does. It’s far more than what is (budgeted for) at the moment in terms of social spending, even in the European Union,” the economist said.

The report goes into further detail, saying that the proposed 5% additional tax on the richest 10% has to be seen in the light of major direct tax reductions offered in most countries “during the hyper-globalisation era”.

“We want to come back to a time when governments (had) resources,” Izurieta said.

He argued that the markets were not going to solve the world’s problems to the benefit of the majority, and pleaded in favour of government planning.

“If we have a good government planner, together with technological developments, together with the activities of the corporate sector as well as medium and small enterprises, then we can think of a world in which jobs could be better, more decent, better paid. […] But obviously you cannot do planning if you don’t have resources,” the economist added.