France backs Niger in talks with Areva over uranium mining 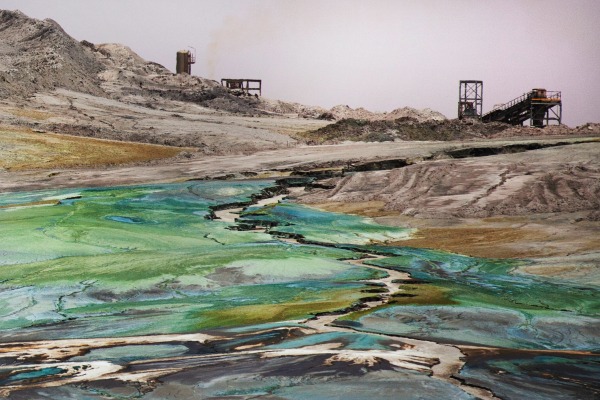 The French development minister, Pascal Canfin, has called Niamey’s requests “legitimate” in the dispute between Niger and the French industrial giant, euractiv.fr reports.

The French government has spoken out about ongoing negotiations between Niger and and the French industrial conglomerate Areva regarding the exploitation of uranium in the African country, which is one of the poorest in the world.

Areva and officials from Niamey, Niger's capital and largest city, are trying to find an agreement on new uranium extraction contracts for the next 10 years, as their previous deal has expired. Negotiations have stalled as Niger wants to end the tax exemptions that Areva currently enjoys by applying its 2006 mining law to the company.

Asked by French Green MP Noël Mamère about the issue, Minister Canfin, said the government was in favour “of an agreement compatible with Areva’s uranium exploitation conditions."

"But – I am telling you this very clearly – [the agreement] will allow Niger to increase the tax income it is entitled to,” he stressed.

The government had remained tight-lipped until now about the negotiations, in which it holds a stake as the French state is the main shareholder of the industrial giant.

Canfin insisted on the legitimacy of the request from the former French colony.

“We are fighting for transparency in the world – at the G8, at the G20, at the European level – and we will do it in Niger,” the minister added.

Canfin’s position was hailed by Oxfam, the development NGO. “In this tug-of-war between Niger and Areva, the French government, which is a shareholder for more than 80% of the multinational company, had been very discreet until now. The answer of the development minister, Canfin, suggests that the government is finally following the file closely and could take its main shareholder’s responsibility.”

The French government had already been involved in the Areva-Niger negotiations by appointing an ombudsman, François Bujon de l’Estang, a former ambassador and president of the Cogema, Areva’s predecessor company.

Areva and the Nigerian government agreed to conclude the negotiation by the end of February.

Areva, a world leader in nuclear energy, exploits uranium in Niger through its local subsidiaries, Somaïr and Cominak.

Nigerian mining agreements expired on 31 December 2013 and the renegotiation of the agreements has failed so far.

Areva is a public multinational, of which the French state owns an 80% share.

Niger is one of the poorest countries in the world, and is placed last in the 2013 Human Development Index (HDI) ranking of the United Nations.