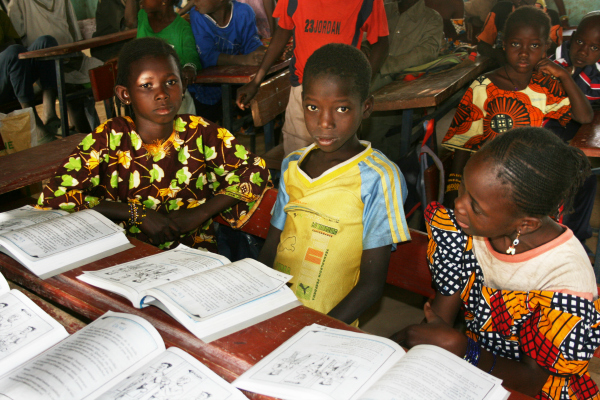 A new website launched by the French government aims to improve the transparency of development aid money given to Mali but has attracted harsh criticism for failing to comply with international standards. euractiv.fr reports.

Since mid-September, the website 'French aid to Mali' lists the progress and number of projects conducted in the country using foreign money. It also allows visitors to report by e-mail or SMS anonymously any abnormality in the development of projects.

“This website provides concrete information on the projects and achievements of the French development policy in Mali. This site is a promise made to the people of Mali but also to the French people and the French who often do not know where development aid goes,” said French Deputy-Minister for Development Pascal Canfin at the website's launch this week.

While the website seeks to ensure the transparency of French aid to Mali, several NGOs strongly criticised the government for not apply the international standard for aid transparency that already exists in the majority of donor countries.

"Today 77% of international donors, including the European Commission, the World Bank, the United Kingdom and Sweden, have published their data on aid to Mali according to international standards. France has certainly made progress but is still lagging behind on the international stage," said Guillaume Grosso, director of ONE France, an anti-poverty group.

"This is the minimal transparency," says Christian Reboul, expert on development finance at Oxfam. "The international standard can help simplify and bring together information and make it accessible and understandable to everyone, including aid beneficiaries," he continues .

Campaigners also slated the the project for only including projects that were over €100,000, leaving smaller donations more exposed to embezzlement.

Sources have also questioned whether the French website is more about political strategy than a real contribution to aid transparency.

"It is clear that the launch of this site on the eve of the visit of President François Hollande to Mali for the inauguration of the new president, Ibrahim Boubacar Keita, is not a coincidence," said a source close to the initiative.

"We looked at what could be put in place quickly to Mali to have a website ready as early as September," said an adviser to Canfin. "We focused on speed."

For now, the French transparency initiative is only a "pilot" project and that it intends to roll it out in other poor countries in the future, Canfin added.

The International Aid Transparency Initiative (IATI) standard provides a common format for publishing aid data. The format is based on open data, and so far 37 international donors have pledged to publish data in this format. The donors represent over 75% of global aid, according to ONE.

France has already pledged several times to adopt the international standard. At the G8 rich countries conference in Lough Erne in Northern Ireland last June, the French President officially announced that Paris would implement the standard for all French aid. All G8 members then agreed on the adoption of a common standard for aid transparency by 2015.

The decision was confirmed by Prime Minister Jean-Marc Ayrault in July at the meeting of the Inter-ministerial Committee for International Cooperation and Development.

"The information on the transparency of aid to Mali that are on the website are virtually the same as those found in the international standard," said an adviser to Canfin. "We are currently working to make the website quickly IATI-compliant so that we can export it to all poor countries that are a priority by the end of 2014," he concludes.

The Malian government is seeking around €2 billion in development aid to help fund a roadmap to keep the peace and help restore infrastructure in the country.

An EU-led donor conference agreed to provide €3.25 billion to fund a sweeping development plan for Mali, but European donors made clear that the interim government must live up to its promises to democratic and social reforms in exchange for the international lifeline.