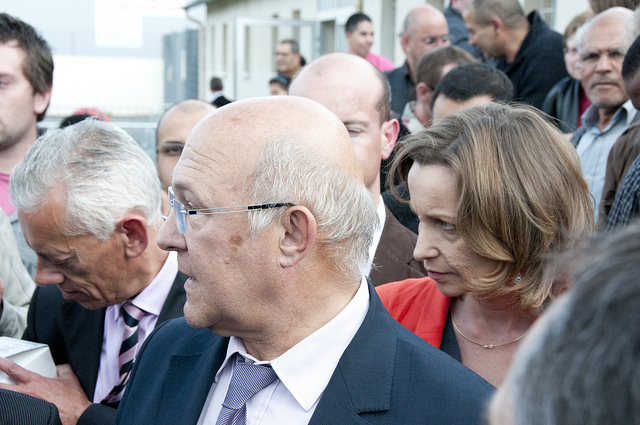 Diplomats from 11 EU member states had hoped to come to an agreement on the future European tax on financial transactions by today, 9 December. But talks failed due to disagreements over how the tax should be collected. EURACTIV France reports.

The 11 eurozone countries involved in the negotiations have not yet managed to agree on the details of the Financial Transaction Tax (FTT).

European diplomats said on Monday (8 December) that this delay could throw the establishment of the controversial tax, planned for early 2016, off course.

The eurozone finance ministers had hoped to finalise their agreement on the project, championed by France and Germany, during the Ecofin Council meeting on Tuesday 9 December.

The diplomats charged with the talks said that disagreement over the way in which the tax should be collected have proved insurmountable, and threaten the conclusion of the deal, initially scheduled for the end of December.

“An agreement will not be possible before the end of the year,” one diplomat said.

A second diplomat said that “a great deal of political will” would be needed in order to conclude the agreement on time.

Michel Sapin, the French Finance Minister, had come up with a compromise, with which he hoped to unite the member states in the December discussions.

The tax is designed to make the banks shoulder some of the burden of rebuilding Europe’s finances after the crisis.

In its initial proposal, the European Commission hoped to levy the tax on financial transactions where at least one of the parties was based in the EU. The proposed rate was 0.1% for shares and bonds, and 0.01% for derivatives.

FTT advocates had hoped to use the money in support for international aid or for growth-friendly investments. It is unclear however how the new revenue, estimated by a German institute at €37 billion per year if raised in the 11 countries, would be spent.

The initiative gained substantial support across the EU in October 2012, but divisions emerged over the proposed methods of collection and the extent of the derivative products to which the tax would be applicable.

As a result, the timetable for the establishment of the tax was pushed from 2014 to 2016, a date that once again appears under threat.

In its original proposal, the European Commission had estimated that the tax could bring in up to €57 billion per year, if it were applied to all 28 of the European Union’s member states.

The development charity Oxfam blamed France for blocking an agreement.

“French Finance Minister Michel Sapin’s stubbornness in protecting the banking system places the needs of banks over the needs of people, despite banks themselves causing the economic crisis," said Natalia Alonso, Oxfam’s Deputy Director of Advocacy and Campaigns. "Sapin’s measly proposal would collect only a tenth of the possible tax revenue and has failed to gain the support of other ministers. It is dead in the water to everyone but himself."

"Other leading countries, such as Germany, simply must propose a more expansive tax if the FTT is to be anything more than a financial damp squib that fails to raise the money needed to fight poverty and climate change.”

In September 2011, the Commission published a detailed proposal on a tax on financial transactions.

Under this proposal, the FTT would apply to all financial transactions, except the primary market and bank loans. Transactions on shares and bonds would be taxed at 0.1%, and derivative products at 0.01%.

The FTT would have to be paid if at least one of the parties is based in the EU.

End of December 2014: provisional date for obtaining a compromise on FTT