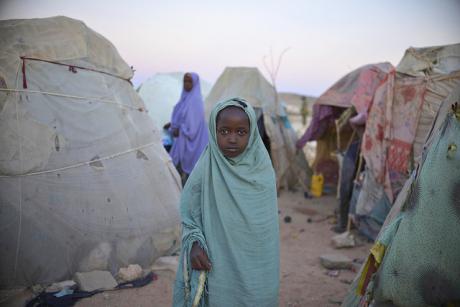 In preparation for 2015, the year when numerous development summits will take place, German Development Minister Gerd Müller presented the “Charter for the Future”. The 8 point plan was released over the weekend, and is intended to serve as a guide toward a more peaceful, sustainable and prosperous world.

“This document is a point of reference, according to which we can all be measured,” explained Müller.

“Every day, ask yourself how your actions affect our world”, Müller writes in the document. “Where does your food, clothing and technology come from and how were they produced? How many plastic bags are you using today, that you won’t need anymore tomorrow? How often do you throw something away that is actually still good?”

The Charter for the Future defines eight areas for action:

The BMZ hopes to eradicate extreme poverty and hunger by the year 2030. Development policy must do more to reduce income inequality.

Europe has been living beyond its ecological means. For this reason, German politicians should work towards reaching the international environmental and climate protection targets. They should also promote societal development in the direction of sustainable production and consumption.

Within its own borders, as well as in developing and newly industrialised countries, Germany should be a driving force for sustainable economic development. Livelihoods and “good living” should be evaluated according to social, economic and ecological standards.

Germany should implement and support civic and political as well as economic, social and cultural human rights even more comprehensively than it has thus far. Here too, German citizens hold considerable responsibility through their consumer behaviour.

German foreign and development policy hopes to support cooperation with cultural and religious institutions. This is how the “paradigm shift to sustainability” can be achieved. Respect, protection and guarantee of universal human rights are basic requirements for building such cooperation.

In all parts of the world, opportunities created by future technologies and innovations should be more intensively used for sustainable development. German researchers should take development policy aspects into consideration more, and build research partnerships with institutions in developing and newly industrialised countries.

Within the framework of the new global partnership, which will become the overarching structure for the Post-2015 Development Agenda, the BMZ intends take on more responsibility. That includes increasing financial resources toward reaching the internationally agreed 0.7% (ODA) target (see background). The additional funding is expected to come from the financial transaction tax.

The Charter is the result of a seven-month discussion among political, economic and civil society representatives. Online alone, 1,500 actors submitted comments and contributions. NGOs like Welthungerhilfe and Terre des Hommes also participated in the process, and are satisfied with the result.

“It has been a time-consuming consultation process. We emphatically welcome the Charter for the Future,” said Wolfgang Jamann, secretary-general of Welthungerhilfe.

But there are still no concrete reforms or legislative proposals that the Development Minister has drawn from the Charter. Jamann, said he is concerned the Charter may just be a bunch of hot air. “It remains to be seen, whether or not it falls flat. What we need now is a binding action plan, concrete implementation measures and regular monitoring of who in the government is pursuing which targets in the Charter and how,” Jamann indicated.

In a report titled “The Reality of Development Policy 2014”, NGOs recently called for a consistent reorientation in the BMZ. Only in this way can the Minister’s ambitious words be followed up with the necessary actions, they wrote.

Welthunger chief Jamann stated,  “We hope for a strong BMZ that will actually become a ministry for global questions of the future. To do this, it must be substantially upgraded in the cabinet and gain more coordinative power opposite other departments.”

On 24 November, Gerd Müller will submit the Charter for the Future to Chancellor Angela Merkel. Whether or not the Charter will indeed create the added benefit it intends, is largely up to Merkel.

Leave a Reply to A Londoner Cancel reply