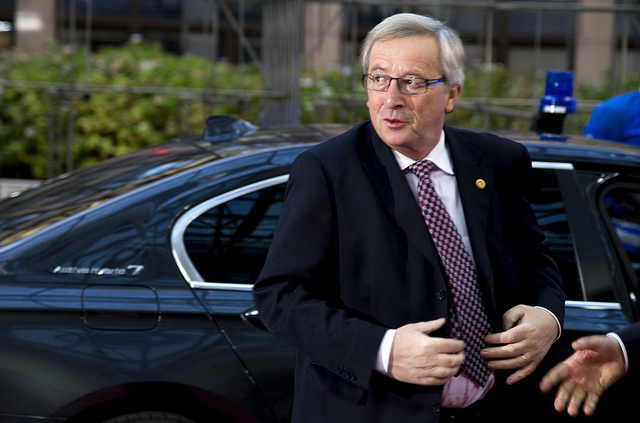 Germany’s secretive financial sector is second only to Luxembourg in its vulnerability to money laundering, and is one of the worst member states for tax dodging, according to an analysis of EU nations published a year after the Luxleaks scandal.

Most of the 15 countries scrutinised were failing to tackle tax evasion and avoidance, the report coordinated by the European Network on Debt and Development (Eurodad) said, with “ample opportunities” for multinationals and wealthy individuals to hide money.

“Some of the most troubling countries are still Luxembourg and Germany, which offer a diverse set of options for concealing ownership and laundering money,” the network of 48 NGOs, including Oxfam and Christian Aid, said.

Money laundering is turning the proceeds of crime into ostensibly legal money or assets, and has been linked to international terrorism. The Luxleaks scandal pushed corporate tax avoidance, which is technically legal, and tax evasion, which is illegal, up the political agenda.

22 of the EU’s member states use tax rulings to make deals with corporations, the report, 50 Shades of Tax Dodging, said. “With provision for tax rates lower than 1% in some cases [..] such tax rulings have now become a key tool in corporate tax avoidance,” it added.

Eurodad looked at just one kind of tax ruling, Advance Pricing Agreements (APAs). At the end of 2013, Luxembourg had 119, the United Kingdom was second with 73. Germany had 21 APAs in force, two more than the EU average.

In October, member states agreed to the automatic exchange of information on their tax rulings. The deal will come into force in January 2017.

The European Commission has launched state aid investigations against several member states, including Luxembourg, over their tax deals with companies.

Tove Ryding, coordinator of Tax Justice at Eurodad, said, “The citizens of Europe have now waited a year for the EU to get its act together and put an end to a system that allowed hundreds of multinational corporations to dodge taxes.

“Instead, although a few loopholes have been closed, new ones have also appeared. It’s clear that in the EU it is business as usual for multinational corporations who want to dodge the rules to lower their tax bills.”

European Commission tax spokeswoman Vanessa Mock told EURACTIV, “The fight against tax evasion and tax fraud is one of the top priorities of this Commission. Since the launch of our Tax Transparency Package last March and our Action Plan on Corporate Taxation in June, we have already managed to deliver concrete results [see positions].”

Luxembourg was criticised in the report for making it even more difficult to identify the real owners of companies and assets by introducing new financial structures.

On a scale based on the Basel Institute of Governance’s Anti-Money Laundering Index 2015, Luxembourg was given 5.9 out of ten. Germany scored 5.5, higher than the EU average of 4.4. 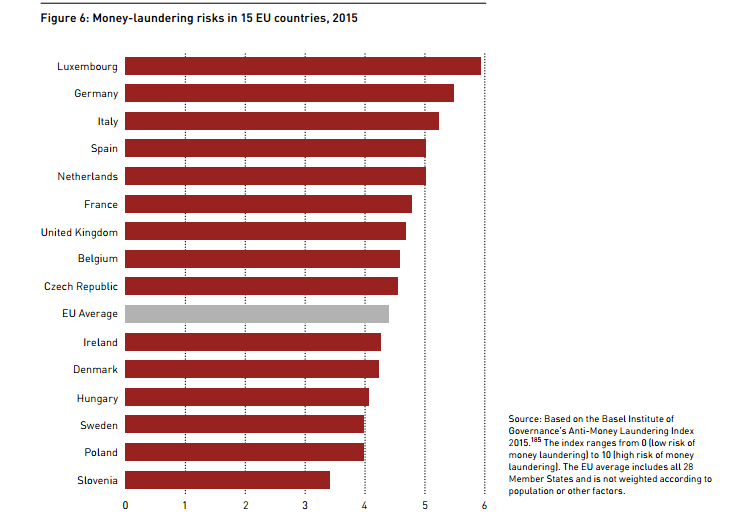 The EU’s Money Laundering Directive regulates issues such as public access to information about the beneficial owners of companies and trusts. The fourth revisions to the law is being implemented at national level.

Denmark and Slovenia were praised for introducing public registers of company ownership. France and Italy have rejected that idea, while the United Kingdom will introduce it but with an exemption for trusts.

Germany opposed the establishment of centralised registers of beneficial owners and public access to the information, according to the report.

Recent banking scandals in Germany have highlighted the role of the sector in hiding the real owners of companies and facilitating money laundering.

In February 2015, agents raided Commerzbank – the country’s second largest bank – in an investigation over allegations the bank helped clients evade tax through Luxembourg.

Other probes into at least three more banks are ongoing. One bank reportedly settled for €22 million with German regulators over their role is setting up shell companies in Luxembourg to hide funds.

In July 2015, Hypovereinbank paid a €20 million fine and agreed to help tax authorities with further investigations over a structure set up by several banks, including Deutsche Bank.

The banks allegedly helped taxpayers exploit a loophole to get two tax payment certificates for just one real payment on a share transaction.

On 5 October, the OECD unveiled its Base Erosion and Profit Shifting (BEPS) plan to fight multinational tax evasion. Multinationals often take advantages of differences between tax systems around the world to reduce their tax bills.

But the action plan was widely criticised by NGOs. They said it lacks ambition, particularly on the questions of country by country transparency and patent boxes.These tax provisions, widely used by multinational companies to transfer their profits abroad and reduce their tax burden, were left out of the final action plan.

The Commission will early next year propose legislation based on BEPS, as the OECD standards are non-binding.

The report said a “growing number of EU governments” were pushing for strict confidentiality over where multinationals do business and what taxes they pay.

Even France, which once demanded public access to multinational tax information, has backtracked, Eurodad said.

The report stressed that failing to combat tax dodging had many negative impacts on developing countries. It said that a new United Nations tax body would be a better forum to discuss tax rather than the “rich man’s club” of the OECD. 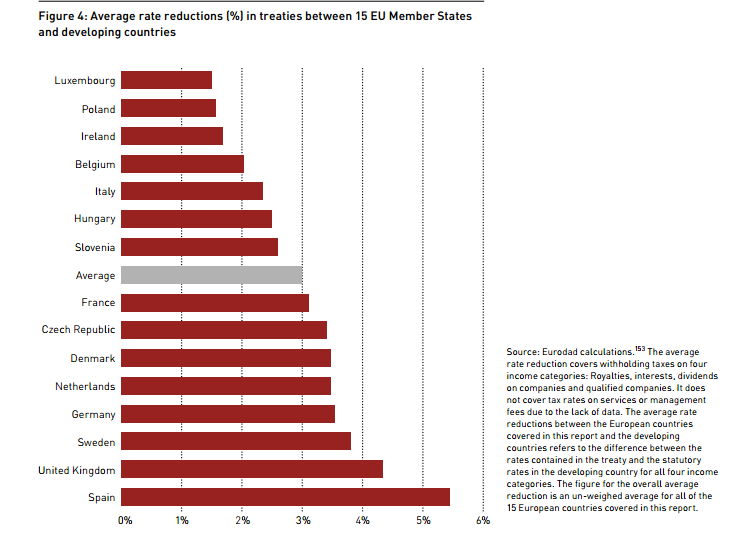 The report calls on member states and EU institutions to;

Tomorrow (4 November), tax justice demonstrators across the EU will take part in protests to mark the one year anniversary of the Luxleaks scandal. One demonstration will be held in front of the Commission.

Vanessa Mock, tax spokeswoman for the European Commission, said, "The fight against tax evasion and tax fraud is one of the top priorities of this Commission. Since the launch of our Tax Transparency Package last March and our Action Plan on Corporate Taxation in June, we have already managed to deliver concrete results.

"A political agreement on the automatic exchange of information on tax rulings amongst Member States was reached in October. The EU has also finalised and signed agreements on the automatic exchange of financial information of EU residents in Switzerland. A similar agreement was signed just last week with Liechtenstein and we're also conducting final negotiations with Andorra, San Marino and Monaco.

"In order to encourage new dialogue with third countries on our tax good governance expectations, we published in June a pan-EU list of third countries listed by Member States as not conforming to tax good governance standards. We're pleased to report that Member States have reported positive new contacts with listed countries since the publication. The list was updated at the beginning of October and we hope to publish a further update in early 2016.

"Next year we will present our new proposal for a Common Consolidated Corporate Tax Base (CCCTB) in a two phased approach, starting with a common base and then moving on to consolidation. With an effective CCCTB, all Member States would apply the same rules for calculating the taxable profits of cross-border companies, eliminating the mismatches and loopholes between national systems which companies can currently exploit. We remain convinced that the CCCTB remains the best instrument for fighting aggressive tax planning and cross-border tax abuse, while also easing the administrative burden on companies operating in the EU.

"The Commission will also work to ensure that the recently agreed OECD standards on base erosion and profit shifting are implemented across EU Member States in a coordinated and efficient manner. The Commission remains committed to putting in place a fairer tax system for both businesses and consumers in the EU."

Luxembourg has faced international criticism following the revelations. The leaks put pressure on European Commission President Jean-Claude Juncker, a prime minister of Luxembourg, to explain his role in the country's tax policies.