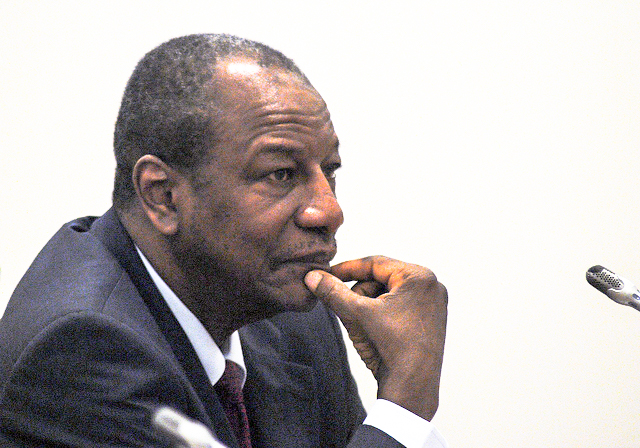 Guinea’s prime minister officially formed his new cabinet yesterday (4 January), handing key roles to women, including to a former official of the European Commission, and to the President’s former wife.

The formation of the new government comes shortly after President Alpha Condé was sworn in for a new five-year term following controversial elections marred by opposition claims of vote rigging and fraud.

“The new government is marked by the appointment of 16 new ministers, all of whom have been selected for their expertise… and recognised for their competence and international experience,” a presidential statement said.

Among the fresh faces in Prime Minister Mamady Youla’s cabinet are 44-year-old Malado Kaba, the new minister of economy and finance who has “spent most of her professional career at the European Commission in the field of development”, the statement said.

Joining her are newly-named foreign minister Makale Camara, who was previously the minister of agriculture when Guinea was under military rule, and Abdoulaye Magassouba who will take the strategically-important position of minister of mines and geology.

The press in Conakry also reports that Kanny Diallo, an economist and former wife of the President Alpha Condé, will be minister of planning and international cooperation.

Youla himself has worked for both private sector firms and the government, as well as the country’s central bank. His appointment was welcomed by Guinea’s main opposition leader, who has said he is a “brilliant chap who is very competent, especially in economics”.

Despite being rich in minerals, the majority of Guinea’s population lives in poverty and survives on less than one euro per day, according to the UN.

It was only the second democratic presidential poll since Guinea gained independence from France in 1958.

In addition to focusing on the economy, rights campaigners have urged Conde to use his second term to intensify the fight against impunity, strengthen the judiciary and promote equal respect for the rights of all Guineans.