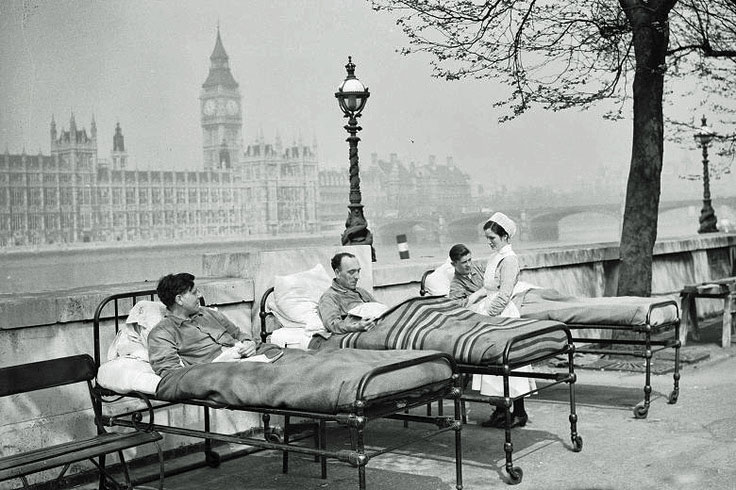 How times change: before the invention of penicillin, the most effective treatment was thought to be "fresh air". [Leonard Bentley/Flickr]

A new strategy to fight and eventually eradicate tuberculosis is expensive – but it may be the only way to tackle a disease that is becoming resistant to medication and killing the world’s poorest. EURACTIV’s partner El País – Planeta Futuro reports.

“Traditionally we have waited for patients to ask for help. That’s not enough anymore. Now we have to go looking for the disease.” These are the words of Lucica Ditiu, the executive director of Stop TB, who outlined the organisation’s five year plan to fight the world’s most deadly infectious disease.

Changing strategy will be expensive: more than €52.6 billion. However, its proponents believe that the change is necessary if we are to achieve the Sustainable Development Goal (SDG) of eradicating the disease. If the current trend was to continue, a 1.5% reduction per year, tuberculosis would remain a problem until the end of the next century.

Today (20 November), Stop TB unveiled its new strategy, which aims to prevent 45 million cases and 10 million deaths by 2020. An investment of €10 billion, intended to prevent, detect and treat the disease, shows an increase of 20%. Dr Ditiu explained that this amount includes international donations, both public and private, as well as domestic contributions.

For the developed and emerging economies, particularly the BRICS nations, their funds should be sufficient to control tuberculosis within their own borders. The poorest countries will have to increase their budgets and cooperate at an international level if they are to achieve the target.

Are countries willing to make this effort though? At the World Conference on Lung Health, to be held in Cape Town at the end of this month, dozens of high-level political representatives will lend their support to the initiative, which is also backed by the Global Fund.

“It won’t be easy to find more money, but it’s possible. The growth of developing economies, as well as the support of the Global Fund, gives us options,” said Ditiu.

Tuberculosis specialists have prioritised diagnosis as the best way to fight the disease, given the fact that it is relatively easy to cure if it is caught early enough. To this end, the new strategy will focus on seeking out the disease, not waiting for it to present itself. “Countries need to use the data at their disposal to go into at-risk zones such as mines, slums and the sex industry and root out the disease before it begins to show symptoms,” she explained.

The strategy is based on a plan called 90-(90)-90.It is hoped that 90% of people with tuberculosis will be diagnosed (the current figure is about 60%), 90% of the population’s most at-risk will be monitored for signs of the disease and 90% of those infected will complete the course of treatment. Currently, many patients abandon their treatment when they begin to show improved symptoms, which often leads to a resurgence of the disease and sometimes the development of a resistance to antibiotics.

One of the main concerns of global health authorities is the prevalence of a new antibiotic-resistant strain of tuberculosis.

South Africa, one of the countries with the highest proportion of TB, is already implementing the 90-(90)-90 plan. “There has to be a shift in how we fight this disease, at every level. In communities. In health centres. In the entire country,” said Aaron Motsaledi, Stop TB’s representative to the South African health ministry.