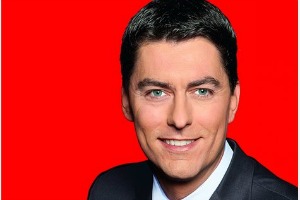 Raabe, a member of the Social Democratic Party (SPD), announced his resignation as the group's development spokesman at the start of the new election period. The Bundestag politician said he felt betrayed when the SPD gave financial priority to education rather than increases to development aid in the newly formed coalition's budget.

Raabe said he "could not think of a more pressing political concern" than world hunger and poverty. Yet, under the new conditions for development in Germany he said he could no longer "look in the mirror every morning with a good conscience".

During his term, Raabe was known for having clashed with conservatives in the German Bundestag when he felt they did not put enough emphasis on development. But this time Raabe's frustration lied with his own party, the SPD.

"During four years as development speaker, while the SPD was in opposition, I repeatedly criticised [Chancellor] Angela Merkel and [Development Minister] Dirk Niebel for neglecting development funding," Raabe told Deutsche Welle in an interview on Thursday. He said he was very disappointed that additional funding to fight poverty ultimately failed because of SPD leadership rather than at the hand of the Christian Democrats (CDU).

"When high-ranking members of our party prioritise education in Germany over world hunger, it does not speak well for the future," Raabe said.

Coalition negotiations give development a back-seat

Raabe made it clear ahead of coalition negotiations that if the SPD joined the CDU in the government German development funding would have to increase by €1 billion every year until the 0.7% goal was reached. Showing willingness to compromise he later reduced the sum to €500 million per year, during the negotiations.

But Raabe said education proved more important to the SPD than development during the latest negotiations, which came to an close last November. According to Raabe, he was told outright to give up his stance when a top-ranking SPD official confronted him directly, saying: "Only a small minority in Germany is interested in your issue."

A number of opinion polls suggest the contrary.

It was only thanks to the chancellor that Germany had vowed to increase at least slightly its development aid over the coming years, Raabe wrote in a personal press release. Merkel intervened personally during negotiations, Raabe said, ensuring a minimal rise in funding to move closer to the 0.7% goal.

In the end, the yearly increase in development funding was placed at only €200 million, an amount Raabe said was barely enough to maintain Germany's current ODA level. "Due to yearly increases in GDP, the percentage will not rise", he said.

This runs counter to the grand coalition's pledge to continue nearing the UN's Millennium Development Goals which all EU member states agreed to fulfil by 2015 (see background). In the coalition agreement, the three parties mentioned this as a crucial aspect to ensure that "Germany continues to be a reliable partner in upholding its international commitments".

To work towards achieving the eight Millennium Development Goals, the 15 countries that were EU member states in 2004 pledged to increase Official Development Assistance (ODA) to 0.7% of Gross National Income (GNI) by 2015. Development aid from Germany, Europe's economic powerhouse, amounts to a little over half of the goal at 0.37% of GDP.

Compared to other European countries, Germany is the still the largest contributor to the EU’s development budget. Pledging just under €4.5 billion, Germany contributes 20.5% of the tenth European Development Fund (EDF) for the period from 2008 to 2013.

To ensure that these funds are efficiently spent, Brussels and Berlin work closely together. Their goal, as they have defined it, is to find a common denominator and create one voice from the variety of interests in the Commission and the 28 member states.