Some 200 sub-Saharan migrants protest in downtown Ceuta, Spanish enclave in northern Africa, to be moved to Spanish peninsula, on 16 July 2018. [EPA-EFE/REDUAN DRIS REGRAGUI]

Eighteen months of talks on a new agreement to replace the 2000 Cotonou accord with African, Caribbean and Pacific countries will begin in the coming weeks, with EU and African leaders far apart on how to tackle migration policy.

Despite the protestations of EU leaders – at a meeting with his African Union counterpart Moussa Faki Mahamat in May, European Commission chief Jean-Claude Juncker stressed that “co-operation with Africa goes far beyond migration,” and was “a partnership between equals” – few observers really believe that.

The European Commission’s mantra is that the bloc’s recently established investment vehicles – the European External Investment Fund and Africa Trust Fund – intended for the African market will “tackle the root causes of migration”.

Finalised back in 2000, when migration did not scare European leaders, migration control forms only a minor part of the Cotonou pact. The agreement does include provisions requiring African countries to take back illegal migrants, but they have never been tested.

The only functioning migrant return agreement that the EU has with an African country is with Cape Verde, an island with a population of just over 500,000.

“Migration plays a relatively minor role (in the current Cotonou accord,” said Carlos Lopes, the African Union’s High Representative on the post-Cotonou talks. However, he added that “for Africa, it is important not to have a multitude of tracks” on the matter.

“The paradox in the debate in Europe is that immigration is the way they talk about Africa, even around the EU’s budget allocation, but the way the EU deals with Africa is very different in reality.”

But many European countries do not want immigration to remain a marginal point in the pact any longer.

“To the EU, the main priority is migration, security, economic growth, then development,” said one Brussels-based NGO leader involved in the talks.

The EU has already signalled its intention to prioritise migration control in the next pact, by conditioning future aid and financial investment on African countries doing far more to control their borders.

“The EU’s new partnership with Africa must do more with migration [policy],” said Koen Vervaeke, managing director for Africa at the European External Action Service (EEAS), at a meeting at the Chatham House think tank in March.

Such is the preoccupation of EU countries with migration control that the bloc’s negotiating mandate on the successor to Cotonou was only agreed in late June after being held up for several months by a small group of member states led by Hungary and Poland.

The two Visegrad countries, which have been blocking any EU-wide quotas for resettling migrants from North Africa for the past two years, want the chapter in Cotonou covering readmission of would-be migrants from the ACP who are not granted leave to remain in Europe to be substantially toughened up.

In return for doing more to take back illegal migrants, EU officials are dangling the promise of easing the legal mechanisms for African migrants to legally move to Europe.

At the June European Council summit, the communique agreed by leaders talked about the need to ‘explore the concept of regional disembarkation centres.’

However, the idea of migration ‘platforms’ being hosted on African soil has so far been roundly rejected.

Morocco led the rejection of the platform concept at an African Union summit on 2 July, just days after EU leaders agreed to pursue the idea.

“It is an easy, counterproductive solution,” said Morocco’s Foreign Minister, Nasser Bourita. Instead, African leaders agreed to set up an African Observatory for Migration and Development (OAMD), which will be based in Rabat, and will focus on “harmonising the national strategies of African states and improving interaction with partners”.

However, if African leaders have so far refused to host the new centres, Faki said that the continent bore its own responsibility for the migration crisis, condemning what he described as ‘intolerable actions’ committed against African migrants on their own continent. Those words are yet to be matched by concrete actions by governments.

With more than three years of EU-African summits having produced little in the way of agreement on migration, there are few signs of the impasse being overcome inside the next 18 months of negotiations. But that would be unlikely to completely derail EU-ACP relations.

A ‘no deal’ on migration could prevent a successor to Cotonou being agreed, but wouldn’t throw out the baby with the bath water.

“Cotonou has the potential to be extended,” said Lopes.

“I would say there is no risk of no deal. It is not like Brexit. If we don’t have an agreement by 2020 then we will extend what we already have.” 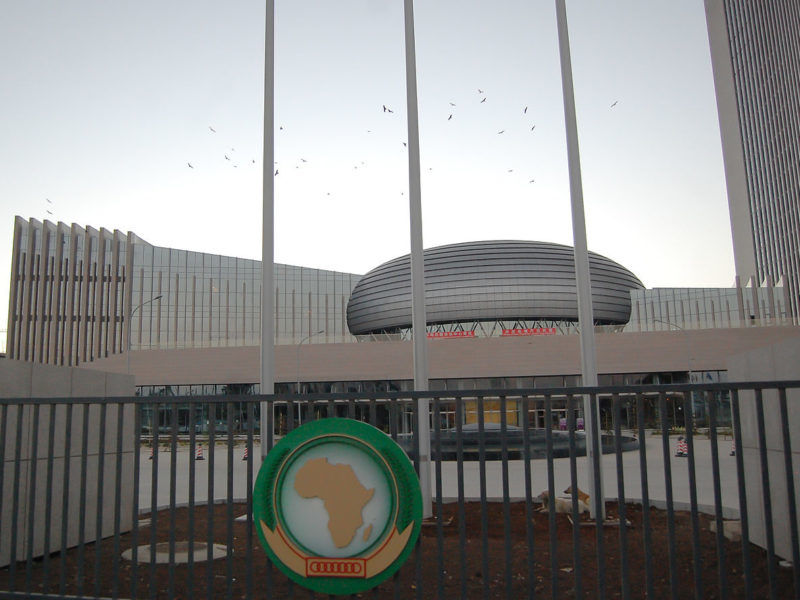