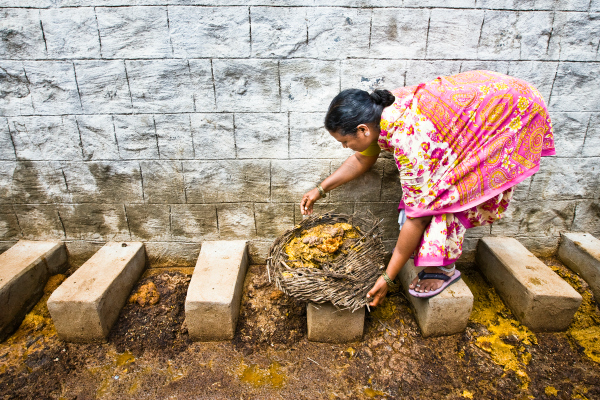 Campaigners from south Asia have welcomed an EU resolution passed on Thursday against caste-based discrimination, which they hope will help to push the issue on to the agenda at trade talks between the EU and countries like Nepal, India and Sri Lanka.

The International Labour Organization estimates that the overwhelming majority of bonded labour victims in south Asia are from lower castes, with forced and bonded labour particularly widespread in the agriculture, mining and garment production sectors. Some of the companies involved in these sectors supply products to multinationals.

Campaigner Manjula Pradeep, from the Indian rights organisation Navsarjan, says that, after working hard to raise awareness of discrimination against low-caste Hindus known as Dalits, finally seeing the issue discussed at such a high level feels like a reward. "When we started the process of lobbying the European parliament in 2007 we had to explain what [caste discrimination] was. Now we don't have to say what it means to be a Dalit, so it's a reward, but we still have to do a lot of work."

Some countries in Asia have taken steps to tackle the issue; India has affirmative action programmes to support Dalits. Inbuilt prejudices, however, are preventing long-term change, Pradeep says. "When we were listening to the statements of the European parliament, I thought about my own members of parliament and I wonder if they are ready to speak on this issue. Very few are ready … they don't want to address it at a larger level, most often these issues related to caste have never been addressed at a national level in our country."

Caste systems are common in much of south-east Asia. Campaigners estimate 260 million people around the world are affected. Castes divide people into social groupings; those in the lowest castes are regarded as unclean and are often forced into unpleasant and dangerous work.

The conditions people are forced to work in can amount to slavery, Pradeep says. "You are born as a sub-caste within the Dalits, given a caste identity and an occupation linked to that caste. If I belong to this caste, the first work that is forced upon me is cleaning human excrement with my hands. People are not able to get out of this slavery. India is seen as a large democracy, but it won't address this issue; even politicians still believe these people should do this work; it's a mind set."

Speakers in the debate were critical of current EU commitments for tackling caste discrimination. Although the EU commissioner Cecilia Malmstrom told parliament that the issue was being tackled, MEPs disagreed.

Alf Svensson, of the European People's Party group, said: "I don't really agree that this is put on the agenda quite often." Michael Cashman, of the Progressive Alliance of Socialists and Democrats, said: "If we have all these EU instruments and 260 million people still suffer caste discrimination, we are failing."

Jean Lambert, an MEP for the Green party in the UK, who has been involved with campaigning on behalf of Dalits for several years, says that it will not be easy to move from a resolution to practical action. "It's going to be tough to get anything into trade agreements … it's always a battle to get human rights in, especially something as specific as this, but certainly in some programmes in the affected countries we will already be looking at the impact on the most deprived, and that would include Dalits."

To move towards action, she says parliamentarians have to better understand caste issues so they can keep them in mind when they travel on business, trade and development trips. "You would have to make sure that the people who are going from the European parliament are really briefed to ask about this. They need to know what to ask and who to ask, so awareness-raising is important; seeing it as a human rights issue. We are all required to raise issues of human rights," Lambert says.

Pradeep says the EU result is the beginning of recognition that caste-based discrimination can be tackled at international as well as domestic level. "Non-recognition of Dalits and their rights is a challenge to all of us. The Indian government has failed to protect the rights of people who have been living in a situation that is like an apartheid. That process has to happen in our own country, ultimately, it has to happen on the ground. But when you don't get support from your own government, you need to address it internationally. It's not a local issue, it's a global issue."