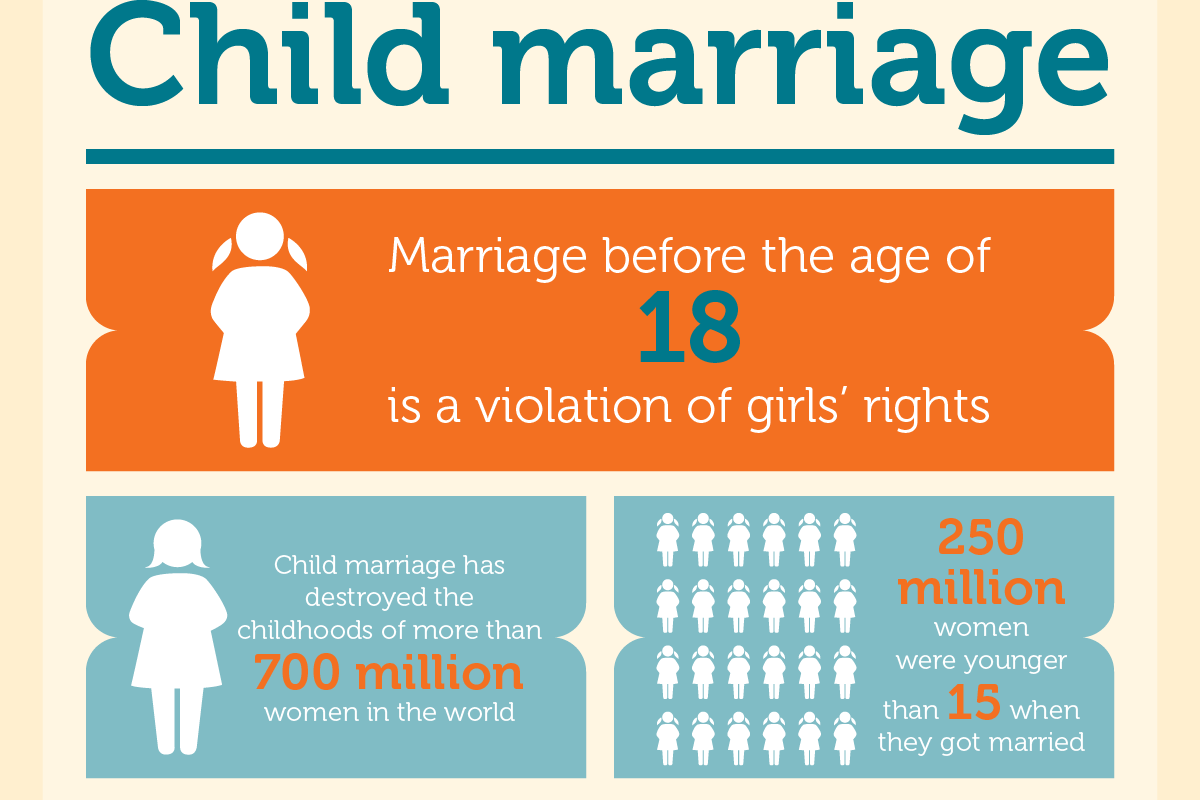 Although child marriage is prohibited by international law, over 700 million underage girls are married worldwide, particularly in Africa and Asia.

According to the latest UNICEF report, child marriage is still a widespread practice across the world.

Last year, over 700 million underage girls were married – 250 million were under 15.

The phenomenon is particularly strong in Southern Asia (one in two women), and in Sub-Saharan Africa (one in three women).

>> CLICK ON THE PICTURE BELOW TO VIEW THE INFOGRAPHIC 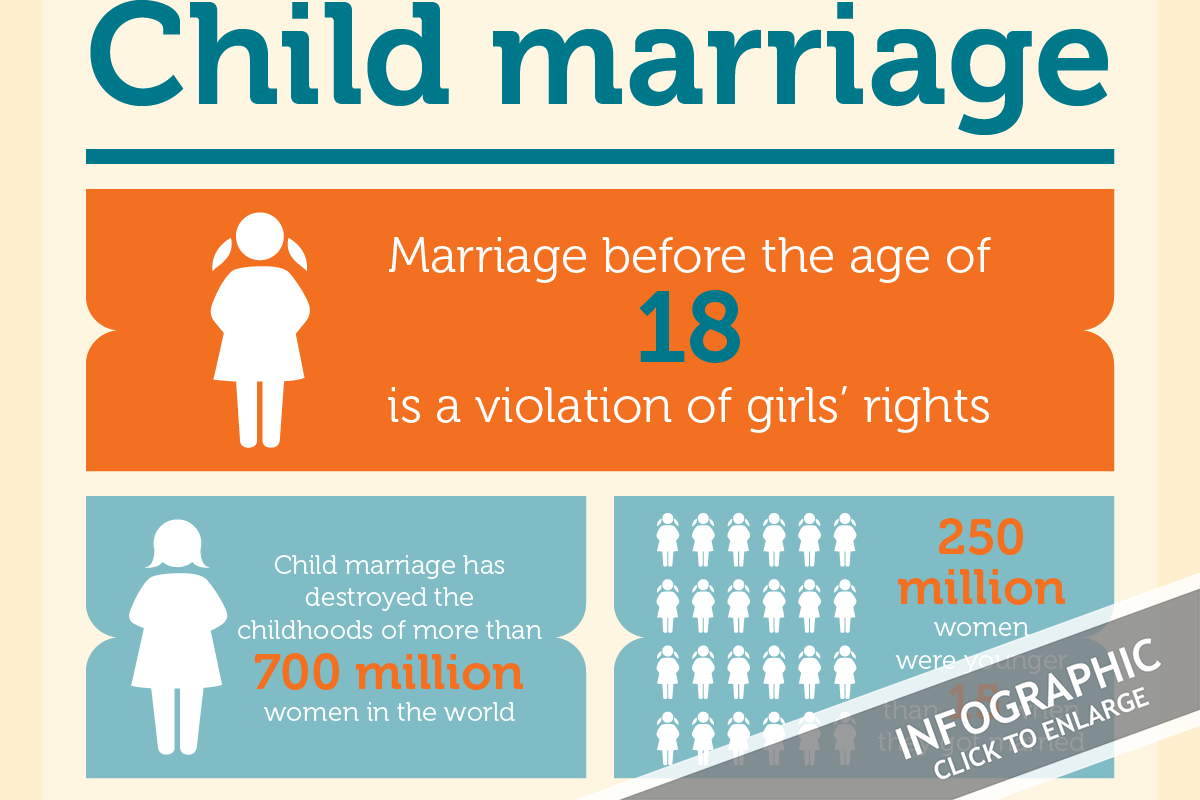 One response to “INFOGRAPHIC: 700 million underage girls married in 2013”