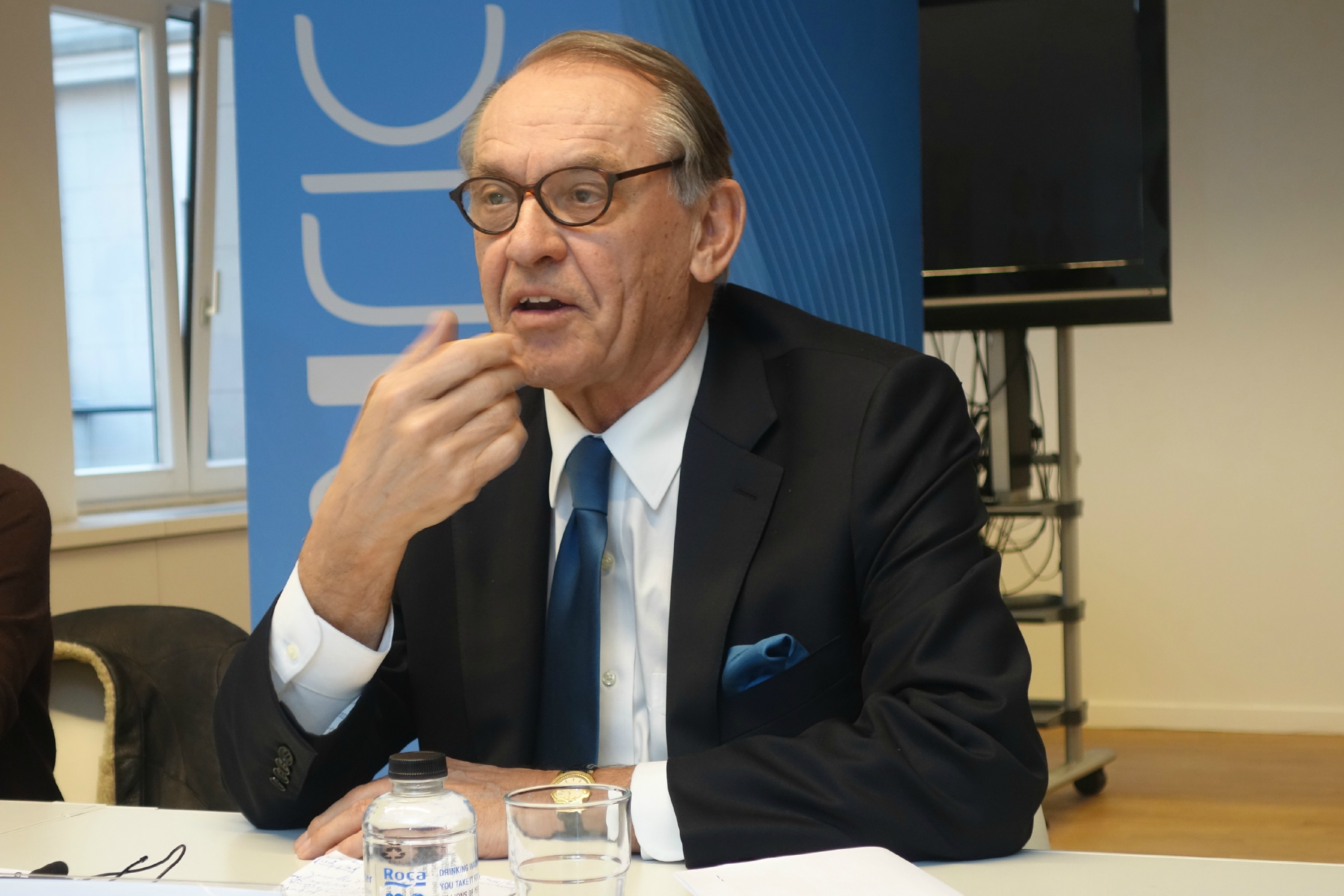 UN Deputy Secretary-General Jan Eliasson, who just returned from a number of missions to Iraq, Iran and Lebanon, said Tuesday (3 February) that the international community and the EU should be more active after the end of a conflict, to make sure that it does not happen again.

Eliasson, a Swedish national who covers most of the world’s conflict areas and development in his UN capacity, spoke to the Brussels press after meeting several EU officials, including foreign affairs chief Federica Mogherini.

He said that the United Nations had launched an initiative called Human Rights up Front, meaning that the world organisation enhances the role of human rights in all of its work, but also that it saw human right violations as the first sign of conflict.

‘The vibrations on the ground’

“We should act when we hear the vibrations on the ground,” he said, adding that the world should learn from past mistakes and act before mass atrocities take place.

The UN official also said commented the international community had to act after the end of a conflict.

“It’s like a patient coming out after a triple bypass, would you expect him to go to work at 8 o’clock in the morning”, Eliasson said, adding that there was more need for post-conflict work.

This, he specified, included peace-building, setting up institutions, processes of reconciliation, etc., to make sure that the conflict doesn’t happen again.

The life of a conflict is much longer than generally assumed, Eliasson said, adding that the world had paid a very heavy price for its short-sightedness over the issues.

“There is no peace without development, and there is no development without peace, and none of the above without respect for human rights and the rule of law,” Eliasson explained.

He added that the European Union was well equipped for doing the effort of following up conflict management with providing development aid. In his talks with Mogherini, he had raised the issue that a more regional approach was needed when tackling hotbeds of tension.

“You cannot look at a conflict in its isolation. You cannot look at Syria alone. You have to look at it in the context of Iraq, Libya, Lebanon and so forth. When I was in Darfur, I had to work with Chad, and Libya, and Eritrea, and Egypt, to get them to come to the negotiation table,” he said.

Lebanon ‘gives an example to the world’

Asked about the recent introduction by Lebanon of border controls and visa requirements for Syrian refugees, Eliasson said that just as an example, he had visited a school in Beirut where there were “more Syrian students than Lebanese students”.

“You have 1.5 million Syrians, probably around that figure, in a population of 4.5 million, so almost every third inhabitant of Lebanon is a refugee,” he said. Eliasson added that this represented an enormous pressure on infrastructure, on education, on health, on jobs,.

“I must express my admiration for the Lebanese authorities and the Lebanese people […] When we have a debate in European countries about receiving refugees, we should look at Lebanon and see what it means for a country which is right in the neighbourhood.”

Eliasson said he was aware of the restrictive measures recently imposed by the Lebanese authorities, but added that he was sure the country would continue to observe refugee conventions.

“I am appealing to [EU] member states not only to give support to humanitarian and refugee programs, but also to the need for assistance for the infrastructure”, he stated.

Asked if EU countries should take more Syrian refugees, the UN official commended the Union for having an “open attitude” over the issue, in spite of the continent’s economic stagnation.

“We see the EU as a very important partner for the United Nations. Then of course it’s up to every nation to take decisions on migration. We know this is high pressure and that it has important political consequences on many countries. We have to respect those national restrictions”, Eliasson said.

But he added that there was a need for Europeans to realise that they are part of the world “and not to identify part of the outside world as a problem”.

“I think this is a huge political challenge for the EU and for the EU countries, to maintain that openness,” Eliasson concluded.

0 responses to “Jan Eliasson: There is no peace without development”