A poster displayed in front of the Supreme Court of Nicaragua, supporting the legalisation of therapeutic abortion. [Jorge Torres/EFE]

Women’s rights in South America were the main issue during a conference before the 10th Euro-Latin American Parliamentary Assembly (EUROLAT), held last September in El Salvador. El Salvador is now ranked as the most violent country in the world, mainly due to gang activities.

The accounts of some of the women imprisoned in El Salvador, whom Swedish MEP Bodil Valero visited, will be handed over to the Swedish government.

“Our development aid supports women’s rights. I will talk to the (Swedish) government to see what can be done and to circulate the information to other governments so that more pressure can be brought to bear,” she told the Spanish press agency EFE.

“We believe that it is illogical and antiquated that women are still condemned to horrible sentences for having aborted. It is simply beyond our comprehension,” stated the Spanish MEP Ramón Jáuregui (S&D).

Jáuregui believes that the EU cannot interfere, but can “stress” that if the region wants to move towards the European vision of human rights, this also means “recognising women’s right in Latin America, including the right to abortion”.

“It is a basic right all across Europe”, said Jáuregui, the chair of the European delegation during the Eurolat Assembly.

In Europe, only the smaller states of Malta, Andorra and the Vatican prohibit abortion in all cases, according to the report “Femicide: a world phenomenon from Brussels to San Salvador”, which was debated by hundreds of women from Europe and Latin America before the Assembly. 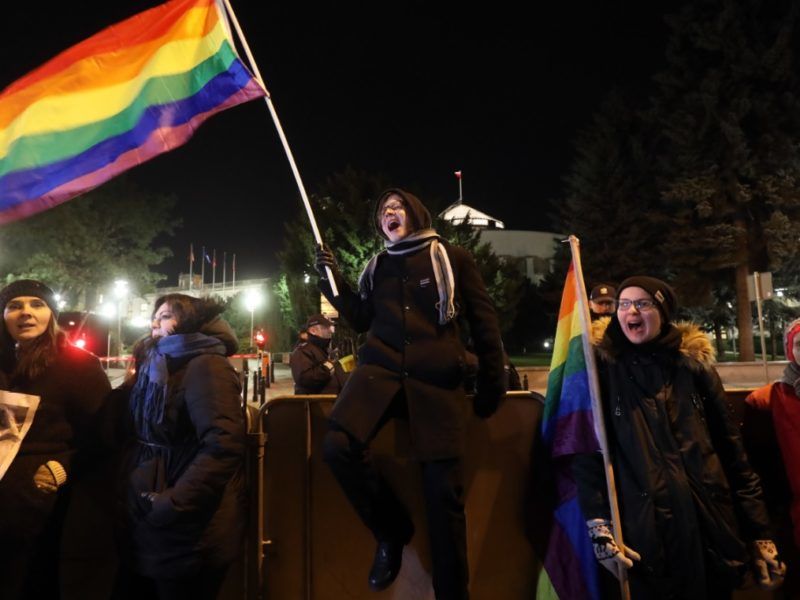 Poland's abortion debate back in parliament

The report mentions other European legislation which obstruct full access to abortion, such as in Spain where doctors can invoke a conscientious objection, or Ireland and Northern Ireland where terminations are only permitted if there is a risk of death for the mother.

In Latin America, in countries such as: Nicaragua, the Dominican Republic, Haiti or El Salvador, abortions of any type are punished by law. However each year, thousands of backstreet abortions are performed.

The UN estimates that the Central American and Caribbean region is the one with the highest percentage of unwanted pregnancies in the world ( 56% in total).

Activists in San Salvador along with the UN rapporteur on violence against women, Dubraka Simonovic, came up with proposals  such as the establishment of a national observatory on femicide (the killing of one or several women or girls because of their gender) to access comparative data which would be systematically analysed and suggest measures.

One of the issues linked to the abortion ban, that was brought up during the conference was the increase in suicide rates amongst young women deprived of the right to abortion.

“Many women or girls, know what awaits them and would rather commit suicide. We cannot accept a situation where rapists go free – as only 10% of cases are brought to court- while these young women are left to live in despair”, said the Swedish MEP, Bodil Valero.

The Salvadorian activist, Alejandra Burgos, provided figures for 2011, a year during which 42 girls committed suicide rather than face unwanted pregnancy, which in many cases resulted from rapes by gang members.

“The situation is critical and it could be regarded as state femicide, if the government does not take the necessary measures to prevent this state of affairs, the state can be considered responsible”, she added.

The technical secretary of the MESECVI (Follow-up Mechanism to the Belém do Pará Convention of the Organisation of American States), Luz Patricia Mejia, highlights the existing link between gang violence and drug traffickers with cases of femicide in Latin America, particularly in El Salvador and Mexico.

“In El Salvador, deadly violence against women is taking place not only in homes but also in the streets”, she said while referring to the femicide epidemic in the country in 2016, with 16 violent deaths per 100 000 women.

This country sees abortion under all circumstances as a crime and “unjustly” condemns women to 30-year sentences, as stated in the study taken by activists and MEPs.

“Even if the ministry of health acknowledges that compete criminalisation of abortion is a major public health issue, in parliament, electoral calculations continue to condition the positions adopted by the parties on the prospect of reform,” said Luz Patricia Mejia.

A similar law applies in Nicaragua, where all types of abortion have been criminalised since 2006. Since then, proceedings against the law have been pending at the Supreme Court, and the parliament has been ignoring initiatives like “Las queremos vivas” (we want them alive) in favour of therapeutic abortion.

Other Latin American countries allow therapeutic abortion, but not in cases of rape, as in Peru, where in 2016 60% of pregnancies amongst girls in the 12 to 16-year-old age group was the result of rape, one of the highest rates in the region for sexual violence.

The decriminalisation of abortion in the event of rape is currently under debate at the Peruvian parliament but is met with “fierce opposition” according to the study, due to a predominantly conservative chamber.

Terminating a pregnancy resulting from sexual assault is possible in other Latin American states such as Argentina or Colombia (where 400,000 backstreet abortions take place every year), Bolivia, Uruguay, and Chile.

Chile just recently legalised abortion in cases of risk of death for the mother, non-viability of the fetus and rape.

“I know that the Church holds a lot of power, but this prohibition (of abortion) is excessive, even for Christians,” said Bodil Valero.