Mobile phone technology made landlines obsolete in sub-Saharan Africa years before Europeans began to give up their home handsets. Now a raft of energy companies believe that renewable energy, particularly off-grid and pay-as-you-go, will enable African countries to ‘leapfrog’ the grid.

“We’ve been doing pay-as-you-go since around 2012,” Ned Tozun, co-founder of D-Light, tells EURACTIV.

“And we’ve really been able to get to a significant scale on the market and have now introduced a product that includes TV and radio, multiple lights and really giving customers an experience that is closer and closer to what the grid is like.”

The World Energy Network states that €340 billion of investment will be needed to achieve universal access to electricity across Africa by 2030. The combined grid capacity of the 48 sub-Saharan African countries is roughly equivalent to that of Spain. Economic realities and the slow pace of government infrastructure projects mean that this volume of investment is unlikely to happen any time soon.

In Kenya, for example, fewer than half the population are on the grid, and millions have to buy and burn kerosene for power. Research from 2014 suggested that the average Kenyan would spend between 25 and 50 cents per day on a poorly lit kerosene lantern – potentially up to $200 per year. That is poor value, especially considering the dangers of burning kerosene.

“Kids will study longer, because they have better light,” says Tozun, who points out that the air quality is improved by abandoning kerosene for solar.

“It’s a very obvious connection but it actually happens. People do more productive work when they have better lighting and they make more income.” 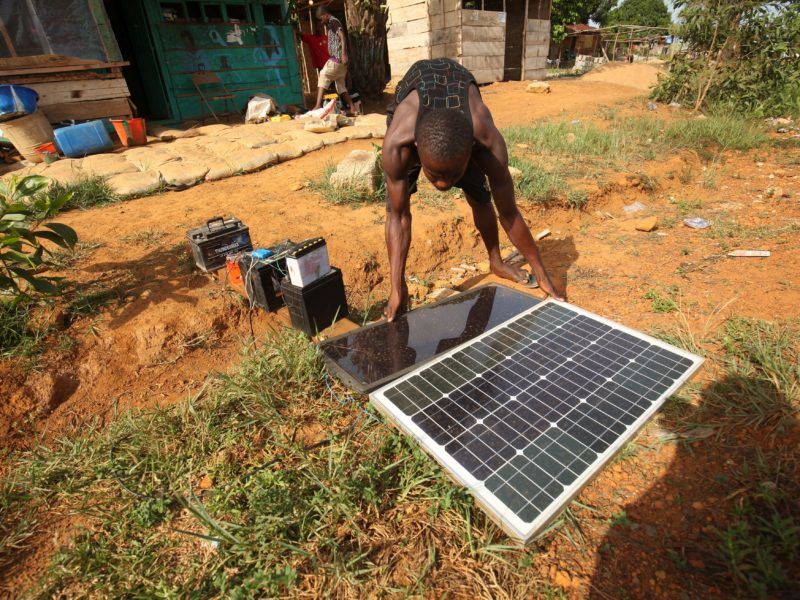 Nearly €340 billion of investment will be needed to achieve universal access to electricity across Africa by 2030, the World Energy Network forecasts. That is a tall order. The combined grid capacity of the 48 sub-Saharan African countries is around …

D-Light started out in 2007, selling solar lanterns in India, but its founders quickly saw a large potential market in East Africa.

“It really started out with the idea that we wanted to get 100 million people off of kerosene lanterns by 2020. So we started out by making these very, very simple, but highly affordable, very high-quality solar lanterns,” says Tozun.

83 million people now use the firm’s products, over 20 million of them in East Africa, and the firm also has major operations in Nigeria and partners in Côte d’Ivoire, Ghana and Namibia.

“We are about to hit the 100 million goal about a year early,” says Tozun.

The most basic – and top-selling – product D-Light offers is a lantern that costs around $4. 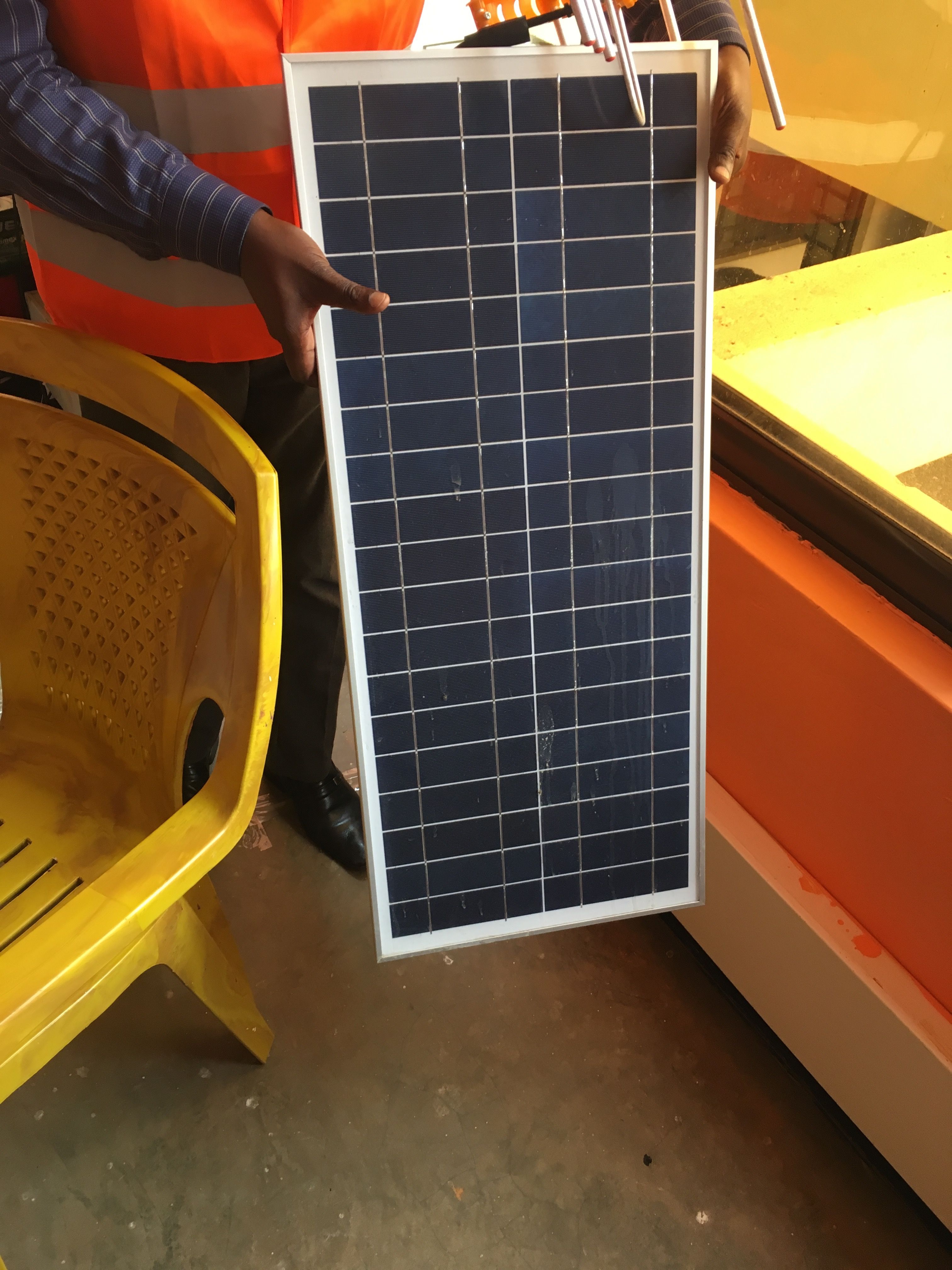 In Machakos, a town of around 200,000 people, two hours south-east of the capital Nairobi, Justus Kimole, who manages D-Light’s operations in Machakos County, tells EURACTIV he will sell around 400 lanterns each week.

But D-Light, M-Kopa and a string of other companies offer solar kits that power TVs, fans, radios and mobile phones. Kits with the ability to power generators, refrigerators and freezers are also starting to become available.

Customers will typically pay a deposit of around $20 for a solar powered TV, followed by daily payments of around 55 Kenyan shillings (50 cents), typically paid for via their phone. The payment period usually lasts between 12 and 18 months. At below 5%, default rates are low.

“You’re actually investing in an asset that you own,” says Tozun.

“One of the things that has been interesting for me to see is just how much customers value just having that independence to wield their own power – not having to wait for it to come. It’s like I can own my own power – it’s a really powerful concept. And I really do think that distributed solar is going to be a key part of the future of energy on the markets we work in.”

The pay-as-you-go model is popular because mobile money technology has become ubiquitous in the region, enabling people to avoid cash-dependency without a bank account. 90% have a mobile phone and M-PESA and Airtel are among the leading mobile money firms in East Africa, with branches on nearly every street corner.

That, in turn, drives financial inclusion, giving a new group of customers access to credit.

“I see it very analogous to the mobile phone industry here, where people never got landlines and then because it was just too expensive, and there were government infrastructure problems, mobile phones essentially enabled the total leapfrog that happened here,” says Tozun.

“You don’t have the burden of having all the existing infrastructure, all the existing super inefficient appliances, which suck tons of power, now you can actually jump these households into the 21st century to pretty advanced households.”

Services allowing consumers to perform banking and payment operations on their mobile phones are surging in sub-Saharan Africa, blazing a trail for the rest of the slower-moving world to follow.