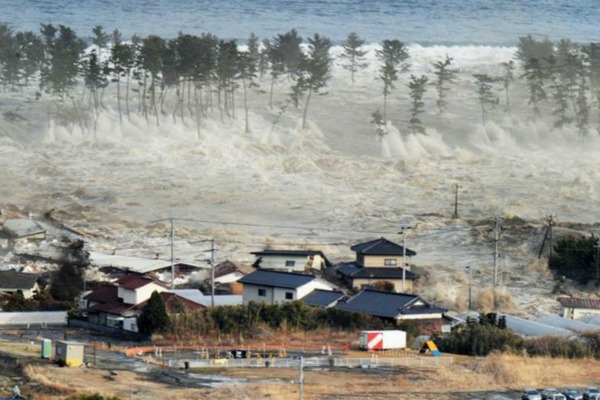 Global economic losses caused by extreme weather events have risen to nearly $200 billion a year over the last decade and look set to increase further as climate change worsens – particularly in the developing world – according to a new report by the World Bank published on Monday (18 November).

A United Nations' panel of scientists has warned that floods, droughts and storms are likely to become more severe over the next century as greenhouse gas emissions warm the world's climate.

Reinsurance company Munich Re has estimated total reported losses from disasters were $3.8 trillion from 1980 to 2012, attributing 74% of those to extreme weather.

More than 3,900 people have been killed in Typhoon Haiyan which hit the Philippines, one of the most powerful storms ever recorded.

The typhoon threw a spotlight on the impact of climate change and coincided with the start of Nov. 11-22 talks in Warsaw, Poland, where governments are trying to draw up a plans to slow its effects.

“While the immediate relief effort must be front and center of our attention today, such tragic events show that the world can no longer afford to put off action to slow greenhouse emissions, and help countries prepare for a world of greater climate and disaster risks,” said Jim Yong Kim, World Bank Group President.

Many nations have said the typhoon matched trends towards extreme weather and was an example to spur action in Warsaw, which is meant to lay down the outlines of a global deal in 2015 that will enter into force from 2020.

But the UN panel of climate scientists says it has only "low confidence" that human emissions have already contributed to the intensity of cyclones, which include typhoons and hurricanes, since 1950.

As part of the talks, governments are discussing a mechanism to help poorer countries cope with losses and damage from climate change.

Although weather-related disasters can affect all countries, the most severe economic and human losses are expected in rapidly growing countries, such as those in Asia, which are building their economies in areas vulnerable to floods, droughts and extreme temperatures, the World Bank said.

The average impact of disasters on such countries equalled 1% of gross domestic product (GDP) from 2001 to 2006 – ten times higher than the average for high-income countries, the World Bank said.

But climate impacts will especially cripple poorer countries. Hurricane Tomas in 2010, for example, devastated St Lucia and caused losses of 43% of GDP.

To help avoid unmanageable future costs, governments should focus on making their countries more resilient to disasters, even though that might require up-front investment, it added.

The world invested almost a billion dollars a day in limiting global warming last year, but the total figure – $359 billion – was slightly down on last year, and barely half the $700 billion per year that the World Economic Forum has said is needed to tackle climate change.

Some 38% of this year's climate investment – $135 billion – came from the public sector, according to the CPI study. It was used to leverage the other 62% of funds from project developers ($102 billion), manufacturers and corporations ($66 billion) and households ($33 billion).

Three-quarters of the climate revenues originated in the same country it was spent in, while the other quarter flowed from the global North to South, and was dominated by public sector funds.

0 responses to “Losses from extreme weather rise to $200 bn a year: World Bank”