By Mark Anderson and Achilleas Galatsidas | In partnership with The Guardian 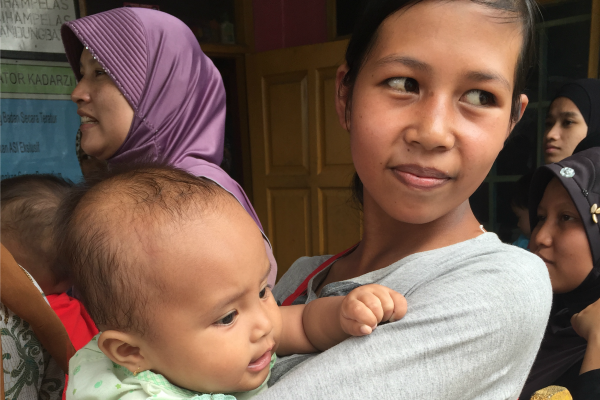 Nearly one in every 10 people has a mental health disorder, but just 1% of the global health workforce are working as psychiatrists, occupational therapists or social workers, the World Health Organisation (WHO) has revealed in a report that highlights deepening inequality in access to mental health treatment.

Dr Shekhar Saxena, director of the WHO’s department of mental health and substance abuse, deems the massive rift in access to mental healthcare between income brackets intolerable. “The gap is very large and it’s the reason for the neglect of mental health in low- and middle-income countries, which should be unacceptable,” he said.

Poor countries have “extremely limited” access to mental healthcare professionals and services, added Saxena, who said the shortage of mental health workers in low-income countries is “one of the most significant barriers against provision of care for the majority of people”.

The WHO has urged international donors to increase financing for mental health services in poor countries, as massive funding shortfalls are preventing those in need from getting treatment.

“The prevalence of most severe mental illnesses – for example psychosis, bipolar disorder, severe depression – they are more or less the same across the world, so it would not be true to say that developed countries have a higher burden,” Saxena said.

Humanitarian crises such as the prolonged conflict in Syria and typhoon Haiyan in the Philippines have left mental healthcare systems in many countries decimated. “We’re very concerned about the increasing prevalence of conflicts and natural disasters and the amount of stress they put on communities,” Saxena said. “The mental health needs increase and the availability of services markedly decrease.”

An “all-pervading stigma” against people with mental illness has kept mental health from occupying an important role in government policy globally and prevented people with mental health problems from seeking treatment, said Saxena. “They feel if they disclose that they have a mental disorder they will be discriminated against and somehow their value in the society will go down.”

Community-based mental health services, which have proved successful in Ethiopia and Sri Lanka, have the maximum impact on mental health treatment in poor countries because community practitioners are more likely to stay, according to Saxena.

The sustainable development goals, which are scheduled to be ratified at a UN summit in New York in September before coming into force in January 2016, include a target to “promote mental health and wellbeing”.

Saxena said: “Mental health needs to be taken at a higher level of priority within the public health planning and that needs to happen in all countries, whether they are in low-income or high-income groups. That means essentially that more resources need to be made available and a strategic plan within each country needs to be developed for increasing and strengthening the mental healthcare services.”