Ministers call for OSCE-type conference for the Mediterranean 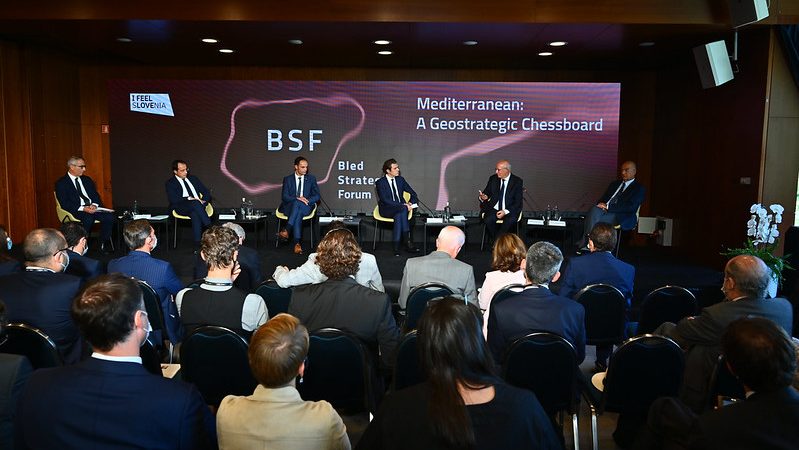 The 2015-2016 refugee crisis must not repeat itself in the aftermath of the Taliban takeover of Afghanistan, foreign ministers of Mediterranean countries stressed at Bled Strategic Forum on Thursday (2 September), calling for more cooperation in the region.

Slovenian Foreign Minister Anže Logar said the Mediterranean countries were concerned about the situation but that the response to the developments so far had indicated things would be different than during the 2015-2016 crisis.

Meetings were held immediately, he said: “We are constantly talking about it … interior ministers clearly expressed the European view on how to tackle this migrant crisis. Decisions were unanimously adopted. We have a very bold text regarding the issue.” 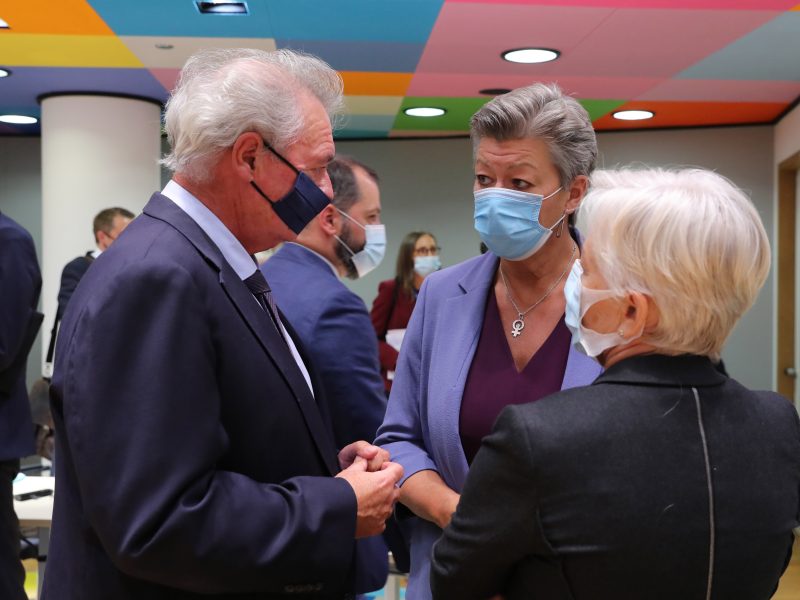 However, the Mediterranean region will still face a strong pressure, he believes.

“We already have 40,000 Afghan migrants in our camps. We will not take any more, because this would be too heavy a burden. We have learned our lesson and we all prepared a new strategy for tackling the issue.”

Greek Foreign Minister Nikolaos-Georgios Dendias pointed to a distinction between Afghanistan and the 2016 events, which he said had been traumatic for Greece and the whole of Europe.

“It was not just migratory flows [in 2016] but the instrumentalisation of the migration flows to achieve political goals. That is why I think Europe is not facing the same problem now,” he said.

Evarist Bartolo, the foreign minister of Malta, said that even without Afghanistan, he was worried. “I hope we’ve learnt not to make the same mistakes again. I see potentially this happening in Libya and in the Sahel. You cannot have stability in Europe without stability in the Mediterranean, without stability in Africa,” he warned, noting that America, Europe and Africa were drifting apart politically.

He also warned that in Europe an impression was being created that the most important geostrategic events of the 21st century were happening not in the Mediterranean or in Africa, but in the Indo-Pacific.

He said that the case of Afghanistan showed it was impossible to build a nation from outside. “You cannot impose a society from the outside no matter how well-intentioned you are. To build a house from the roof down is not wise and that is what has happened. And the same thing might be happening in Libya,” he said.

Portuguese Foreign Minister Augusto Santos Silva pointed out that the EU as a partner in the NATO framework had a three-fold responsibility in the aftermath of the taking over by the Taliban.

“The first was completely met – it was to expatriate our own citizens, the second was to protect the exit of those who have cooperated with us, and the third is to provide humanitarian assistance to those who are particularly vulnerable – activists, women judges or prosecutors, and other groups that need international assistance.”

He was quite optimistic that the EU would rise up to the task of dealing with migration flows. “I think at the end of the day it will be done on a voluntary basis. I don’t believe that the 27 member states will join together in this effort. But I do believe we’ve learned lessons from 2015 and we will not leave Malta, Cyprus, Greece, Italy or Spain alone.”

Nikos Christodoulides, the foreign minister of Cyprus, stressed that the root causes of migration from Syria, Libya, Afghanistan should be tackled, which included climate change as well as the political situation.

Christodoulides pointed to cooperation within the region, with regional powers working together to face the challenges and use the opportunities. He said a long-term vision was to set up a regional organisation on security and cooperation in the eastern Mediterranean when the political situation allows it.

Logar echoed this, saying that the voice of nine Mediterranean countries within the EU would be quite substantial.

Bartolo said it was time to call a conference on security and cooperation in the Mediterranean in the Helsinki spirit (the OSCE process) although admitting this would be very difficult. But he believes it might be done within two years to mark the 50th anniversary of the Helsinki conference.

“We need to do it because we don’t work together enough on both shores. We are meeting here but there is no one from the other side, there are now foreign affairs meetings being held in Algeria without anyone from this side.”

He believes a forum should be created to meet much more and pointed to the challenges of demographics, ageing population, climate change, efforts for energy overhaul, which he said could lead to instability in the countries dependent on oil business if not carefully planned.