Mixed reactions in Spain over ‘Year of Development’ impact 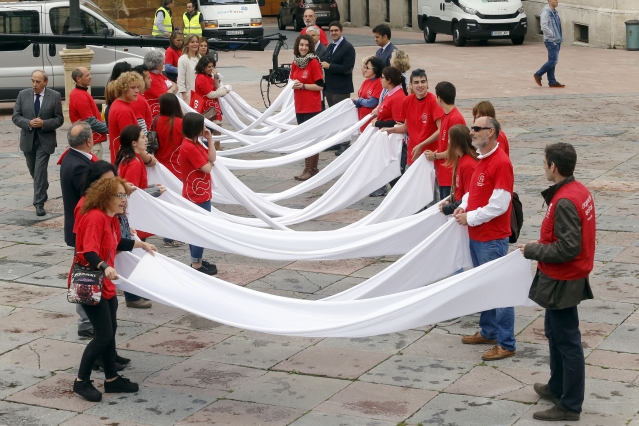 While many Spanish NGOs and the national Agency for International Development Cooperation (AECID) consider the European Year for Development (EYD2015) a positive initiative, other voices are critical. EURACTIV Spain reports.

Times are not good for Spanish cooperation. The country’s budget for International Development is still severely affected by the recent cuts, as the Iberian country continues to battle to reduce its deficit – between 2010 and 2012, Spain’s spending on solidarity with the most deprived in the world plummeted by 67%.

National elections in Spain will be held on 20 December, and Prime Minister Mariano Rajoy’s government has committed itself to returning to the levels of pre-crisis cooperation if the country’s economic situation improves by the end of this year or next – and if he and his right-wing Popular Party (PP) wins the election.

The main topics of the Spanish media have been the country’s economy, and its slow recovery, corruption cases against politicians, the upcoming national elections, football, a mooted “independence” for Catalonia and the usual gossip around celebrities. With the exception of big newspapers like El País or El Mundo, there have been few major headlines around the EYD2015 in recent months.

But despite difficult times and the low visibility of the EYD2015 in the Media, the Spanish Agency for International Development Cooperation (AECID) believes this initiative provided them with an excellent opportunity to showcase the achievements of the Spanish Cooperation (“Cooperación Española”) and promote the values of solidarity.

Rubén López-Pulido, the agency´s head of communication, told EURACTIV Spain that in the country, EYD2015 has been an opportunity to encourage citizens to get involved in development-related issues.

“It has given us the chance to inform citizens, foster active interest, understanding and a sense of joint responsibility and solidarity in an increasingly interdependent world,” López-Pulido stressed.

In his view, the EYD2015 gave AECID and the Spanish Cooperation an opportunity “to actively engage with the young people, mostly millennials, via both street performances and through storytelling in social media and apps for smartphones, with great success”.

This “has highlighted all the fantastic work that the EU with its implementing partners, member states included, has been able to do in the last decades all over the world”, López-Pulido continued.

CONGDE: A new narrative about development

The “Coordinadora ONG para el Desarrollo” (CONGDE, an umbrella group for Spanish NGOs), also made a positive evaluation of the EYD2015, stressing the fact that it helped create a “new narrative”.

“For us, the EYD2015 has been a noteworthy chance to reinforce the dialogue with different social actors in order to build up a new narrative about the development model, in coherence with the 2030 Sustainable Development Agenda. If fact, we have launched different initiatives to report on the increasing of gender violence and to promote the awareness on it,” CONGDE´s Carmen Álvarez told EURACTIV Spain.

The EYD2015, Álvarez continued, has been an excellent opportunity to bring together a vast variety of social actors working on several topics and agendas such as development, environment, gender, migration, advocacy and human rights, among others.

“This kind of work has allowed us to generate common narratives, including comprehensive explanations about the multidimensional and interconnect causes of global inequalities, poverty and unsustainability. We also shared alternative proposals to contribute, from our daily life, to a sustainable and equitable world based on the respect of human rights,” she stressed.

However, as Álvarez lamented, “sometimes the European Years are focused more into the promotion of what the European institutions are doing than into improving both the EU policies and the civil society participation”. Nevertheless, “it is important to participate and contribute to these initiatives”, she concluded.

Oxfam: Good to communicate, but better to increase development budgets

However, the Spanish branch of Oxfam (Oxfam-Intermón) was critical of the EYD2015, noting that even if communicating about development cooperation is important, priority should be given to increasing the Spanish and EU budgets for external aid and solidarity with the poor.

“We could agree on the fact that a communication effort should be done but a budget effort would be more effective. 2015 in Spain and EU was a year of reducing or maintain low Official Development Assistance (ODA) budgets,” Oxfam-Intermón’s María Villanueva told EURACTIV Spain.

In her view, this sends a contradictory message to European citizens: “on one hand communicating developing countries needs and, on the other hand, dropping down development cooperation economic effort”, she noted.

“Prioritizing ODA budgets would have been a good way to send the correct and clear message to the citizens: an European Development Year should be celebrated increasing the number of programs and projects in developing countries to improve their situation, and showing the solidarity the European society feel and that their governments should address,” Villanueva stressed.

According to Villanueva, 2015 has been a difficult year for development due to the European crisis. “This crisis has prevented the celebration of the European Development Year as it should be. The EYD2015 was a good initiative with a laudable goal but more coherence is needed, even in times of crisis, to make society feel they are contributing in a significant way to reduce poverty and extreme inequality,” she said.

For Médicos del Mundo, the Spanish branch of Médecins du Monde, the EYD2015 has been positive, but in the NGO’s view, the work done by the Spanish Cooperation (in charge of the EYD2015 in Spain) was insufficient.

“The EYD2015 has been a positive thing. It has allowed NGOs through the Coordinadora [CONGDE] to carry out events that otherwise would not have been possible. This was particularly critical this year with the end of the Millenium Development Goals, the final negotiations of the Sustainable Development Goals and the Agenda 2030, and the Addis Ababa International conference for financing Development Cooperation,” Médicos del Mundo´s Celia Zafra told EURACTIV Spain.

“Regarding the work done by the Spanish Cooperation to mark the EYD2015, we believe it has been insufficient, losing a good opportunity to bring in a broader audience into the debate of the future we want and the Agenda 2030,” Zafra noted.

MSF: The EYD2015 had no impact on humanitarian crises

Médicos Sin Fronteras (MSF-Spain) was very negative about the EYD2015 in relation to humanitarian crises, noting that the European Year had “no visibility at all” and no positive impact on the most vulnerable populations, in particular refugees.

“We could not assess the impact of EYD2015 on the European public opinion scale. Certainly, we have not seen a campaign which, under the MDGs, for example, had spoken of the maternal health of Syrian refugees in Europe. We have not seen that. This gives us the impression that for these populations in a very critical situation, the European Year has not had any relevance and visibility at all,”  José Antonio Bastos, president of MSF in Spain told EURACTIV Spain in an interview.

The European Year for Development 2015 is the first year designated with such a global theme, since European years have been designated thematically since 1983.

The initiative originated in Latvia. The European Year for Development 2015 took place in Riga on 8 January, as part of the events marking the beginning of the first Latvian Presidency of the Council of the European Union.

European Commission representatives, communication experts, as well as figures from the NGO and business sector all agreed that the European Year for Development 2015 should provide an opportunity to reach out to a wider public regarding the importance of the development agenda. New alliances have being sought with youth and women's organisations, local authorities, and unions.

The campaign has aiming to reach audiences in new member states, mostly Central European European countries that haven’t been very involved in development activities up to now.

The various events during the European Year of Development will focus on 12 themes. The month of January will be dedicated to the theme “Europe in the world”, February will focus on “Education”, March on “Women and Girls”, April on “Health”, May on “Peace and Security”, June of “Sustainable green growth, decent jobs and businesses”, July on “Children and youth”, August on “Humanitarian aid”, September on “Demography and migration”, October on “Food security”, November on “Sustainable development and climate action” and December on “Human rights and governance”.