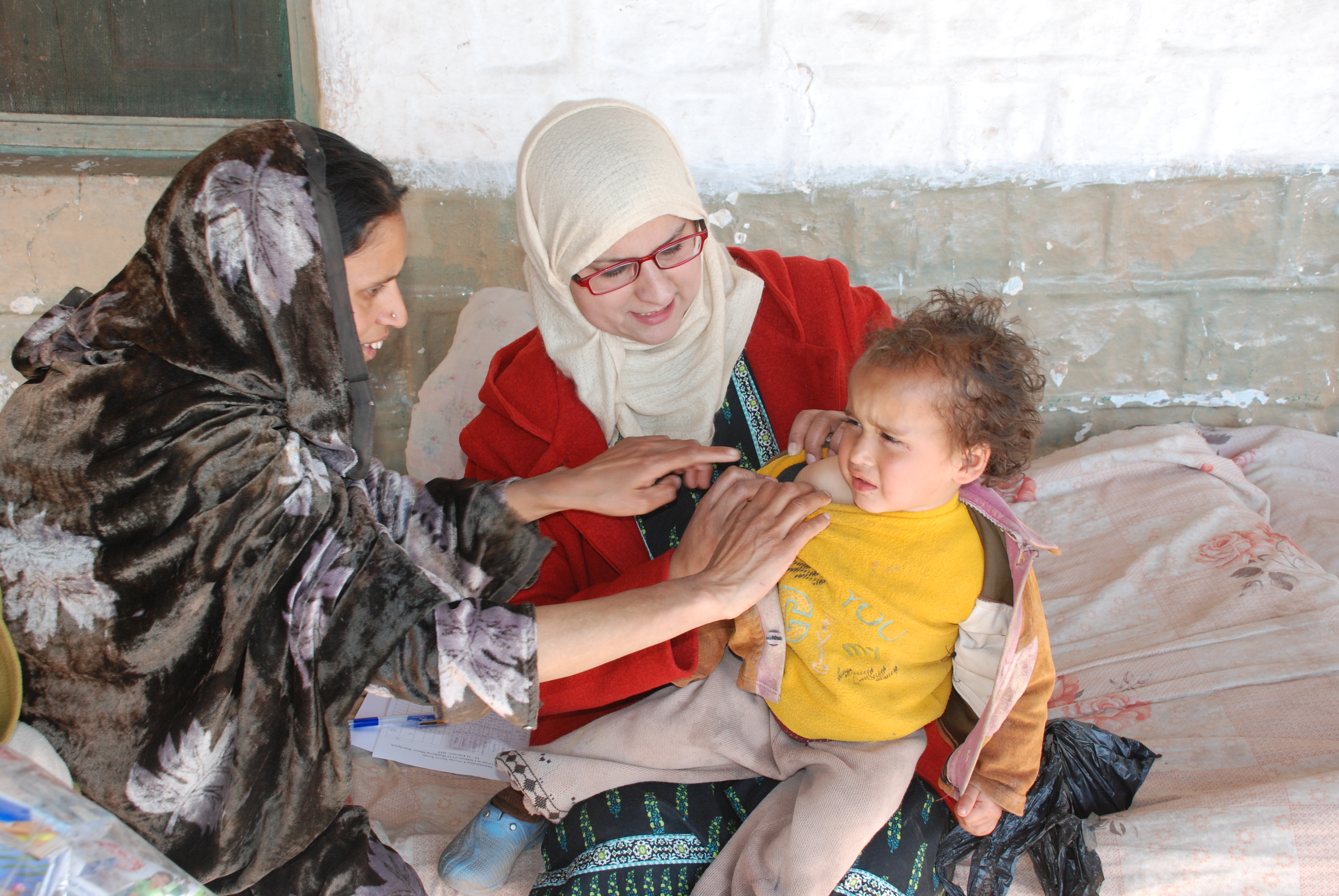 A doctor checks that a child has the BCG vaccination scar, which protects against tuberculosis and is the first line of defence against it. [CDC Global]

Tuberculosis was discovered late in the 19th century, with antibiotics introduced for its treatment halfway through the 20th. Now, treatment specifically for children is set to be rolled out. EURACTIV’s partner El País – Planeta Futuro reports.

Although a million suffer worldwide from the disease, with 140,000 dying as a result last year, up until now there has been no separate medicine for children. They are merely given a reduced dose.

On Wednesday (2 December) at the 46th Union World Conference on Lung Health in Cape Town, a new form of treatment specifically for children was announced. A single tablet that delivers the three ingredients necessary to treat the ailment has been developed. Up until now, several pills were needed to effectively fight the disease, which had to be cut up into the right doses.

The medication was often difficult to swallow and tasted bad. These factors regularly meant that children did not complete the six month long course of treatment, the bacteria would often not be fully eradicated, and reinfection has been a constant problem for health authorities.

Why has it taken so long for this child-specific drug to be made? As is so often the case with tuberculosis, it is a question of money. Pharmaceutical companies struggle to make the profit margins they desire from developing medicines to treat it. Until 2010, drugs were administered based on parameters that applied to people of all ages. Doses were calculated by weight of the individual, regardless of if the patient was a baby or a pensioner.

Mario Raviglione, director of the World Health Organisation’s (WHO) global tuberculosis programme, pointed out that “children are not miniature adults”. Five years ago, his department started to use scientific research to formulate recommendations for child doses.

Non-profit organisations such as TB Alliance and UNITAID were never able to raise the funds needed to develop drugs of their own or fund research. However, a few years ago, pharmaceutical company Macleods began to manufacture the medicine , which is now ready to be made available.

Macleods will begin distribution in Kenya in the first quarter of 2016. It is expected that, depending on need, other countries around the world will incorporate the drug into their health systems. According to Mel Spielman, president of TB Alliance, although introducing a new drug can often be problematic, in this case “it should not be a problem”, due to the fact that the medicine does not include any new substances and is merely a reengineering of an existing drug.

>>Read: Germans spend more on medicine than most of Europe

“We hope that these new drugs can tackle the problem of tuberculosis in children,” said Spielman. Additionally, one of the most significant issues in fighting TB is that diagnosing it in children is more difficult than in adults, as the symptoms are less obvious. Moreover, as the disease is less virulent and contagious in children, it has sometimes been given lower priority.

The treatment period will last the same amount of time as an adult’s, six months, and will cost around $15. For the first two months, three antibiotics will be administered, with the dose dropping to just one in the final four months. It is effective against drug-sensitive tuberculosis, which 90% of affected children are diagnosed with. For drug-resistant strains, treatment that involves a mixture of tablets remains unchanged.

Although the pulmonary form associated with tubercles was established as a pathology in 1689, due to the variety of its symptoms, TB was not identified as a single disease until the 1820s. It was not named "tuberculosis" until 1839.

In Europe, rates of tuberculosis began to rise in the early 1600s to a peak level in the 1800s, when it caused nearly 25% of all deaths. By the 1950s, mortality had decreased nearly 90%. Improvements in public health began significantly reducing rates of tuberculosis even before the arrival of streptomycin and other antibiotics, although the disease remained a significant threat to public health.