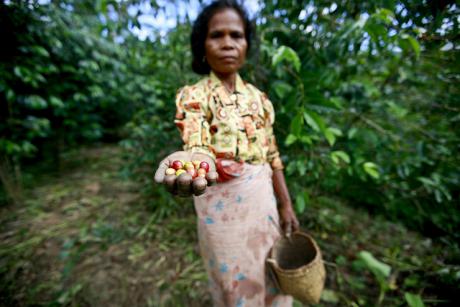 German NGOs say the government's budget is not "fit" for the upcoming summit marathon in 2015, calling for an urgent increase in development funding. [UN]

Numerous German aid organisations are blaming the Merkel government for failing to keep its financial commitments on development policy, with some NGOs going so far as to call the budget a scandal in light of Germany’s top economic status. EURACTIV Germany reports.

With Ebola, Syrian refugees, world hunger and many more crises on their agendas, many national development ministries have their hands full. But according to numerous aid organisations, Germany’s reaction to these challenges is “irresponsible”.

“The government’s financial contributions remain far below what was promised. That is sobering and disappointing,” said Wolfgang Jamann, Secretary General of Welthungerhilfe, on Thursday (13 November) at the presentation of the recent report “The Reality of Development Policy 2014” in Berlin.

At the core of the NGOs’ criticism is the official development assistance (ODA) quota. At the turn of the century, EU member states set the goal of increasing development aid to 0,7% of GNP by 2015. In 2013 Germany had only reached 0.38%, ranking twelfth. .

In their joint coalition agreement, the ruling parties pledged to increase the development budget by €2 billion until 2017. According to NGO calculations, this would mean growing to a maximum of 0.45%.

But current budget plans are far from reaching the self-imposed target. As it stands, the Development Ministry (BMZ) only expects to see an increase of €1.8 million compared to 2014. In medium-term financial planning until 2017, additional spending in this area would only amount to €1.07 billion – considering the BMZ decreased its 2013 expenditures by close to €300 million.

“Germany is not fulfilling its responsibility. This is a scandal in light of the urgent tasks at hand like the fight against ebola, the Syrian refugee crisis or global food scarcity,” said Bernd Bornhorst, CEO of the federal NGO association VENRO.

“Credible negotiations over a comprehensive Post-2015 agenda or new climate targets are not possible on this kind of a foundation,” Bornhorst continued.

As a result, NGOs are calling for a comprehensive list of funding for reinforcement of the budget, including additional resources for the Global Fund to Fight AIDS, TB and Malaria, for food security as well as for the vaccine alliance GAVI.

Meanwhile, on paper, the German government has much planned for the coming year. Together with Chancellor Angela Merkel, Development Minister Gerd Müller is expected to present a global “Charter for the Future” on 24 November, a strategy paper that the government jointly formulated with NGOs and other institutions.

But the German government must still develop several action plans in the coming weeks, otherwise the Charter for the Future will fall flat without have any impact, said Danuta Sacher, CEO of terre des hommes.

“We need a concept with concrete implementation steps for the Post-2015 agenda,” said Sacher.

But it remains to be seen whether or not the Development Minister will meet these requests. Since he took office, Müller has proved “a credible value orientation”, introducing several other “interesting” initiatives in addition to the charter, Jamann praised.

Still, Müller has so far not been able to provide any results – not even with his highly anticipated textile alliance, which has not picked up any significant apparel companies yet.

Nevertheless, it seems 2015 will be an eventful year for development policy. The German government plans to host the G7 Summit in June. Just a few months later, in September, United Nations countries will agree on the new Millennium Development Goals (Post-MDGs) effective after the year 2015.

According to Jamann the German government is not yet “fit” for the Summit marathon. The Welthungerhilfe worker said 2015 will be Müller’s last chance to follow up his words with actions. 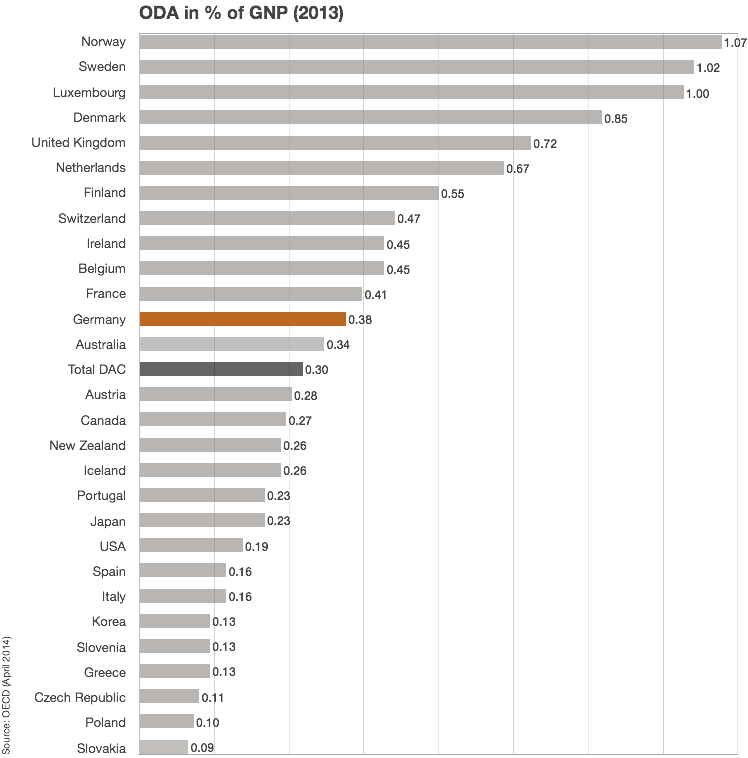