NGOs fear that development funds are getting spent on barbed wire 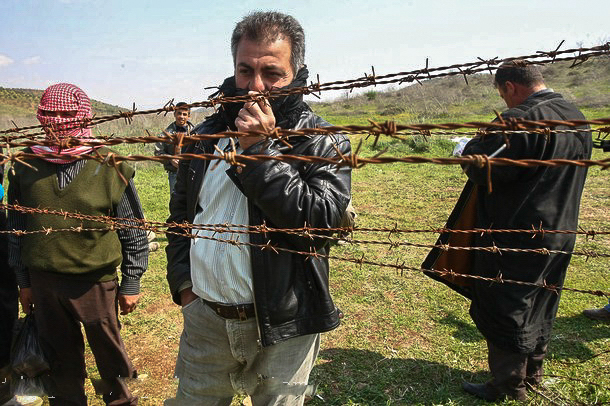 While EU ministers met yesterday (26 October) in Luxembourg to discuss “policy coherence” for development, NGOs expressed concerns that EU monies are increasingly being spent on border security, rather than fighting poverty and inequality.

Ministers had a debate on migration, focusing on how development cooperation can help address the migrant exodus currently facing Europe. According to the communiqué, they agreed “to step up the EU’s level of engagement and strengthen cooperation with third countries on migration both at bilateral and multilateral level”.

Ministers are reported to have exchanged views on how development cooperation and assistance can make an effective and short-term impact to the crisis response. Ministers also explored how the EU can further improve its instruments and policies.

The Council also had a discussion on gender and development, and adopted conclusions on a new framework for results-oriented measures for Gender equality and women’s empowerment: transforming the lives of girls and women through EU external relations 2016-2020.

Ministers also had an initial exchange of views on future relations between the EU and the African, Caribbean and Pacific (ACP) countries, in light of the expiration of the Cotonou Agreement in 2020.

It is no secret that the EU is struggling to find funds for managing the migrant crisis. In the past, development funds have frequently been used to respond to humanitarian disasters.

Oxfam International issued yesterday a statement, warning that EU’s development budget should be spent on people not on “barbed wire and checkpoints”.

Oxfam is disappointed that the EU’s planned new “Trust Fund for Africa”, intended to address migration, risks being used more for border security purposes, rather than fighting poverty and inequality.

According to Oxfam, EU development ministers failed at their meeting to confirm publicly that the new fund would be used for bona fide development projects, rather than border security and restrictions on the movement of people.

“The EU is mixing up objectives aimed at helping people who have been displaced from their homes through development cooperation, with those aimed at stopping them coming to Europe through security cooperation,” said Natalia Alonso, head of Oxfam’s Brussels office.

CONCORD, the European confederation for relief and development, wrote a letter to the ministers just ahead of their meeting.

The NGO requested minister to uphold the EU’s commitments to increase resources meant for development assistance, and avoid diverting any part of it to cover the costs of managing the influx of refugees.

“Similarly, development aid and trade agreements with developing countries should not be subjected to the acceptance, on their part, of restrictive border controls, readmission agreements or other migration control measures,” the NGO confederation stated. In its view, the EU needs to strengthen efforts to tackle the root causes of migration, that is, to contribute to the prevention and peaceful resolution of conflicts that cause many to move across national and international borders, as well as to implement existing policies on better management of humanitarian and environmental crisis.

Ministers adopted the Gender Action Plan (GAP) 2016-2020, which lays out objectives, example activities and potential indicators for each of the three thematic priorities (physical and psychological integrity, economic, social and cultural rights and empowerment, and political and civil rights).

As Development Commissioner Neven Mimica characterised it following the meeting, the plan is aimed at strengthening the empowerment of women and girls, and gender equality, and to making EU programs focused on that goal.

Cecile Vernant, Head of EU Advocacy for Deutsche Stiftung Weltbevoelkerung, welcomed the plan, especially for political dialogue being added to it.

However, she noted that it was important to see that the Council commits to ensuring consultation and engagement with civil society throughout the full cycle of planning, implementation, monitoring and evaluation of the GAP.

“The new Action Plan is an advance on what has been done before. However, the EU institutions will need to give sustained support to EU services in Brussels and around the world including sufficient financial and human resources as requested by the Council to make sure that it is truly effective,” Vernant stated.