OECD shocked by lack of productivity in emerging countries 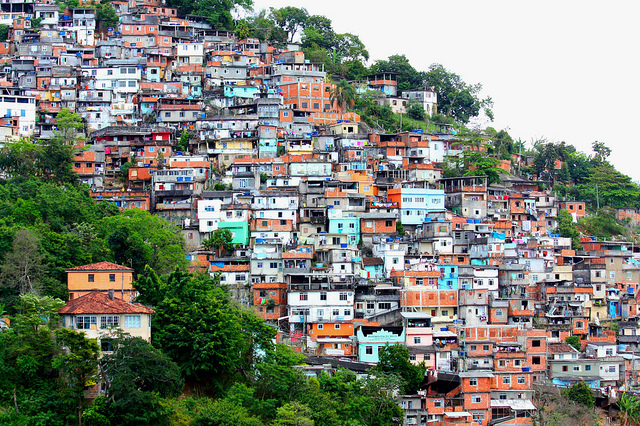 The OECD has called for structural reforms as some emerging countries, considered engines of growth, struggle to catch up with advanced countries in terms of productivity. EURACTIV France reports.

Despite their high levels of growth, some countries show a slow economic convergence, highlighted by the Organisation for Economic Cooperation and Development (OECD) report. Several middle-income countries are thus seeing their chances of reaching the average income of OECD countries disappear.

Amongst them are South Africa, Brazil, Colombia, Hungary and Mexico. According to the report Perspectives on Global Development 2014, these economies will need more time to reach this average. In Brazil’s case, for example, this is due to reduced total-factor productivity levels, explained by the relationship between the quantity of wealth produced and the quantity of production factors used to achieve this wealth.

“Given their current rates, many middle-income countries will not grow fast enough to meet the level of average income of OECD Member States in 2050,” said Ángel Gurría, General Secretary of the OECD.

Even if it’s normal that growth slows down as countries develop, their development structure runs the risk of being undermined. On the other hand, countries such as China, Panama and Kazakhstan are on their way to convergence in time for 2050.

The document Perspectives on Global Development 2014 stipulates that in the coming decades, developing countries will continue to grow faster than the most advanced countries.

According to the report, the workforce productivity of many developing countries is well below the average level of OECD countries. “In terms of total-factor productivity, all countries are under 30% of the USA’s productivity level. Yet, in reality, some countries are even further below this percentage. The gap widens in Mexico, Brazil and Turkey, for example,” explains Mario Pezzini, Director of the Centre of Development OECD.

In order to solve this problem, the organisation advises diversification of sectors where added value is more important, such as in agriculture, manufacturing and services. In addition, there should be economic reforms and an increased focus on innovation, as well as specific structural economic reforms.

Since innovation aims to encourage competitiveness, productivity and job creation, it can stimulate growth to be more dynamic, as well as providing solutions for social issues. “If work productivity in particular does not improve, we won’t be able to improve workers’ conditions,” said Ángel Gurría. Inclusive growth is therefore one of the OECD’s priorities and one of the requirements for developing countries.

According to the OECD, without an effort to improve their productivity, the majority of developing and emerging countries will take decades to catch up to the income levels of advanced countries. The service sector can also play a key role in “the growth of added value of emerging countries”. The development of this sector would thus allow these states to create employment through the implementation of top quality services aimed at middle classes, as well as national and foreign companies.

The impact of non-OECD countries on global GDP has surpassed that of OECD members.

The emergence of new motors for economic growth and the rebalancing of northwest and southwest economies have led to a shift of world wealth. This has allowed numerous developing countries to increase economic growth.

Nevertheless, the shift of global wealth has not benefited all countries equally. Average economic growth recorded between 2000 and 2012 is would not suffice for them to catch up with OECD countries by 2050.