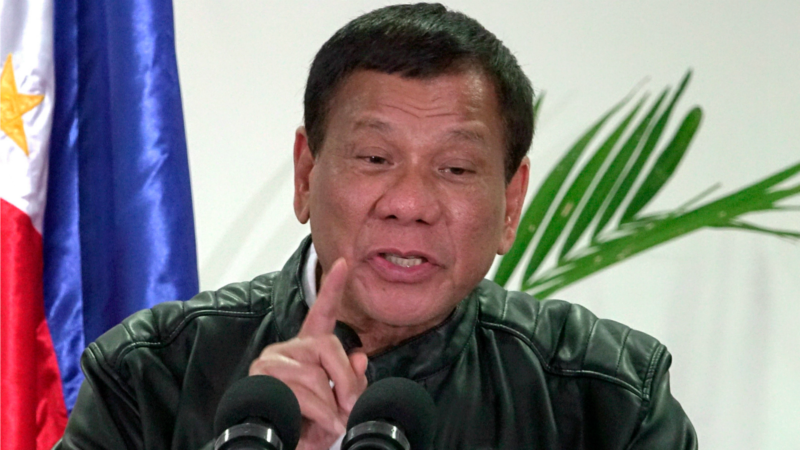 The Philippines’ decision to stop development assistance from the European Union was a display of the country’s independent foreign policy, a top aide of President Rodrigo Duterte said today (18 May).

The poor and conflict-hit Southeast Asian country is willing to forego about €250 million worth of grants to prevent European Union from meddling in its internal affairs, Executive Secretary Salvador Medialdea said.

“We’re supposed to be an independent nation,” he said in a message to reporters after the president had resented criticism made by European countries on his war on drugs policy, which has killed thousands of poor slum dwellers.

Almost 9,000 people, many small-time users and dealers, have been killed in the Philippines since Duterte took office on June 30. Police say about a third of the victims were shot by officers in self-defence during legitimate operations.

In October last year, the firebrand leader dared Europe and United States to withdraw development assistance if they do not agree with his drug war policy. “We will not beg for it,” he said. “How do you look at us? Mendicants?”

In a press briefing, presidential spokesman Ernesto Abella said Duterte had approved a recommendation from the finance ministry “not to accept grants that may allow to interfere with internal policies”.

“I will not take that as a policy,” he told reporters. “It is more of a reaction to criticism. I don’t think it’s going to remain as such.”

Franz Jessen, EU ambassador to the Philippines, said he was informed this week of Manila’s decision to stop receiving aid from Europe, which was funding about 100 community projects across the country.

The EU has been providing support to Manila’s efforts to end nearly 50 years of Muslim rebellion in a conflict that has killed more than 120,000 people, displaced 1 million and stunted growth in one of the country’s resource-rich regions.

Europe granted the Philippines €130 million in development assistance between 2007 and 2013. In 2015, it pledged €325 million over four years to finance projects in Muslim Mindanao after Manila signed a peace deal with rebels in March 2014.