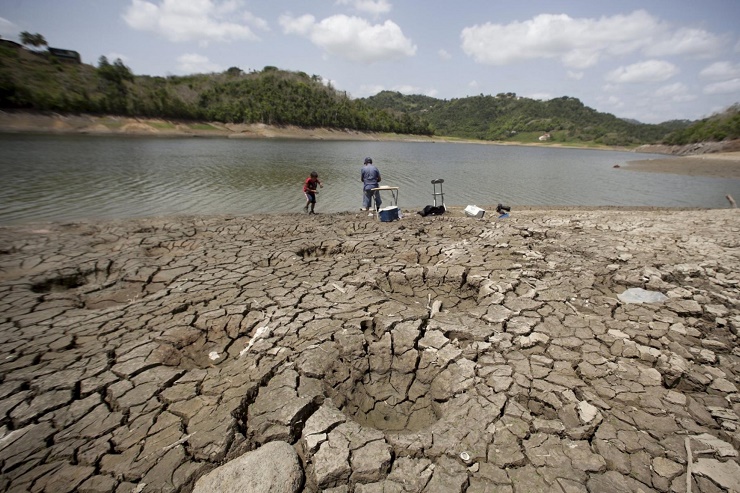 Since Tuesday morning (25 August), the US territory has been getting rain that it desperately need, particularly in the San Juan area, which depends on the Carraizo and La Plata reserves, both of which are already at critically low levels.

Alberto Lazaro, the president of state-owned water company AAA, said that if the passage of Danny and Erika doesn’t bring enough rain by the end of this week, he may announce an increase in water rationing.

A report on the amount of water stored by AAA indicates that the Carraizo reserve stands at a level of 33 meters, far from the 41 meters considered to be optimal.

The water level at La Plata, meanwhile, is 34 meters, far below the 51 meters it registers during normal times.

The storm is currently moving west at 32 kph (20 mph) and meteorologists have warned about a possible strengthening of Erika to a Category 1 hurricane.

The AAA is currently implementing a so-called “oasis” system using big cistern trucks to bring water to affected areas, but that service only partially helps to meet the needs of the public.

Pueto Ricans have been installing cisterns in their homes so that they can collect water and draw from them as needed.

The collapse of a cistern containing about 1,000 liters (260 gallons) of water located on the roof of a home in the San Juan district of Hato Rey killed a 45-year-old woman living there.

Carlos Rivera Velez, the president of the Puerto Rico Manufacturer’s Association, said in remarks to EFE earlier this month that 56 percent of the companies on the Caribbean island have had their operations affected in some way by the drought.

The consequences of rationing for companies include the reduction of production schedules, a cutback in work hours and lower quality water.

The drought affecting Puerto Rico and a large part of the Caribbean region is due to the El Niño weather phenomenon, which is inhibiting the formation of Atlantic storms.