Quality of life on the rise for many Africans, says AfDB report 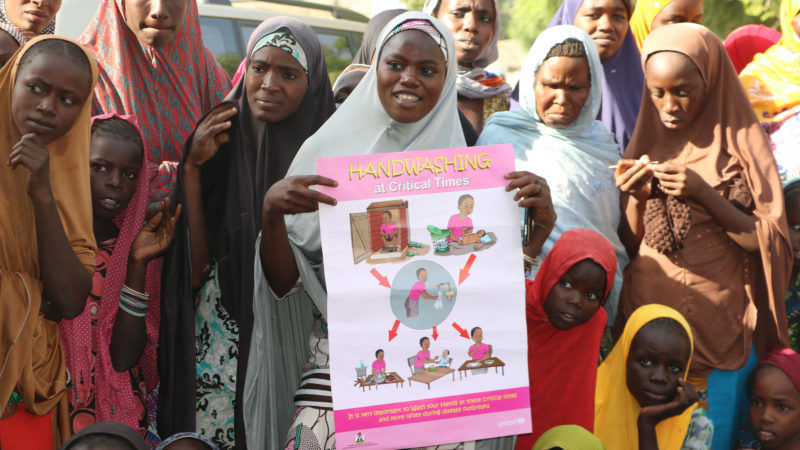 Africans are seeing a steady improvement in the quality of their lives, with some countries nearing world averages, says a wide-ranging report out today (22 May) on the continent’s future.

While large portions of the continent’s 1.2 billion people live in poverty, many of Africa’s 54 nations have made significant progress in health, education and standard of living.

“At least a third of African countries have now achieved medium to high levels of human development,” said the report published by the African Development Bank (AfDB), referring to a composite measure of a nation’s condition.

“North Africa has the highest levels, approaching the world average, but all sub-regions have seen steady improvement” since the turn of the 21st century, it added.

Despite the advances, some 544 million Africans still live in poverty, according to the report titled “African Economic Outlook 2017“.

Rwanda recorded the most progress, followed by Ghana and Liberia in the fight against poverty since 2005. One of Rwanda’s key efforts was a community-based health insurance system that by 2010 had covered nearly 9 in 10 of its people.

At the same time, north African nations Egypt and Tunisia have health insurance systems that cover 78% and 100% respectively of their residents.

Spending on education, which is considered key for development, is above six percent of gross domestic product in South Africa, Ghana, Morocco, Mozambique and Tunisia. While Nigeria puts less than one percent of its GDP into schooling.

According to World Bank figures, European Union nations spent an average of 4.9% of their GDP on education in 2013.

In central Africa, where school completion rates for girls are the lowest on the continent, the gap with boys is increasingly narrowing. Nearly three times as many girls finished secondary education in 2014 than a decade prior.

The #AEO2017 has been released! This year’s focus is on African entrepreneurs #AfDBAM2017. Find out more: https://t.co/yhkYmQGIOm pic.twitter.com/8ItPqmH0DY

Gender equality is on the rise in several nations – including Botswana, Namibia, Rwanda – where women “achieve almost equal levels of human development as men,” the report said.

While there are bright spots in Africa’s move toward better income, education and health, serious challenges remain in the fight against poverty.

One of the main ones is the lack of access to cooking fuel, electricity and sanitation. The needs may not come as a surprise given some 645 million people in sub-saharan Africa live without electricity.

The future is also not very bright for many of the continent’s young people, nearly half of whom are unemployed. One of the key problems is that many receive an education that does not give them marketable skills.

"When it comes to creating jobs to #African #youth, growth is not the point: the quality of growth is the key" @mariopezzini #AEO2017 pic.twitter.com/M5aekBwt4B

The report sees reasons to be hopeful for the economy this year, predicting a 3.4% expansion after weak 2.2% growth in 2016.

However, the future rebound assumes that “the recovery in commodity prices is sustained, the world economy is strengthened and domestic macroeconomic reforms are entrenched,” the report said.

The continent’s middle class, which the report estimates at 350 million people, “represents a vast source of potential for prosperity.”