A photo with Radio Emmanuel journalists. Daniel Lokolong is fourth from left to right.

Communicating for Peace in South Sudan is a 12-month project funded by UNICEF and implemented with the Catholic Radio Network. It targets youth influencers including media, religious leaders and community leaders through workshops, training, participatory theatre performances, community solidarity activities and discussions on conflict sensitivity and peace messaging.

The radio network consists of community-based radio stations broadcasting in 18 different languages to an audience of more than 6 million in South Sudan and 150,000 people in the Nuba Mountains.

Lokolong said that despite a peace agreement signed in August 2015, which led to the formation of a Transitional Government of National Unity, intense fighting between South Sudan’s government troops and forces loyal to Riek Machar (the inaugural vice president of South Sudan from independence in 2011 until his dismissal in 2013) once again broke out in July 2016, creating growing insecurity and increasing violence across the country.

The Joint Monitoring and Evaluation Committee, a body tasked with monitoring the implementation of the peace and ceasefire agreement has since reported multiple violations by both parties. Talks under the High-Level Revitalisation Forum in Addis Ababa are bringing together the government, opposition parties and other key stakeholders in South Sudan, in an attempt to revive the peace agreement.

As Lokolong described it, such a situation undermines South Sudan’s prospects for peace and stability. Armed groups are fragmenting, criminality is increasing, and violence is infiltrating everyday life. Political actors on all sides have built local constituencies based on pre-existing ethnic divisions.

Competition for natural resources – grazing land, access to water and food, oil extraction – as well as cattle raiding due to ‘high bride price’ and revenge killings remain major conflict issues that perpetuate these cycles of violence at the community level. The South Sudanese media have also borne the brunt of the crisis. Many media outlets have closed down, with journalists either living in exile or resorting to self-censorship.

The Committee to Protect Journalists has described the media situation in South Sudan as bad and has listed a number of journalists as killed, arrested and imprisoned.

Lokolong explained that most people in South Sudan listen to radio. The infrastructure for TV is not yet there. The level of illiteracy is very high so radio plays a key role in disseminating news and information in the country, hence it is the best tool for peace-building in the country, he explained. 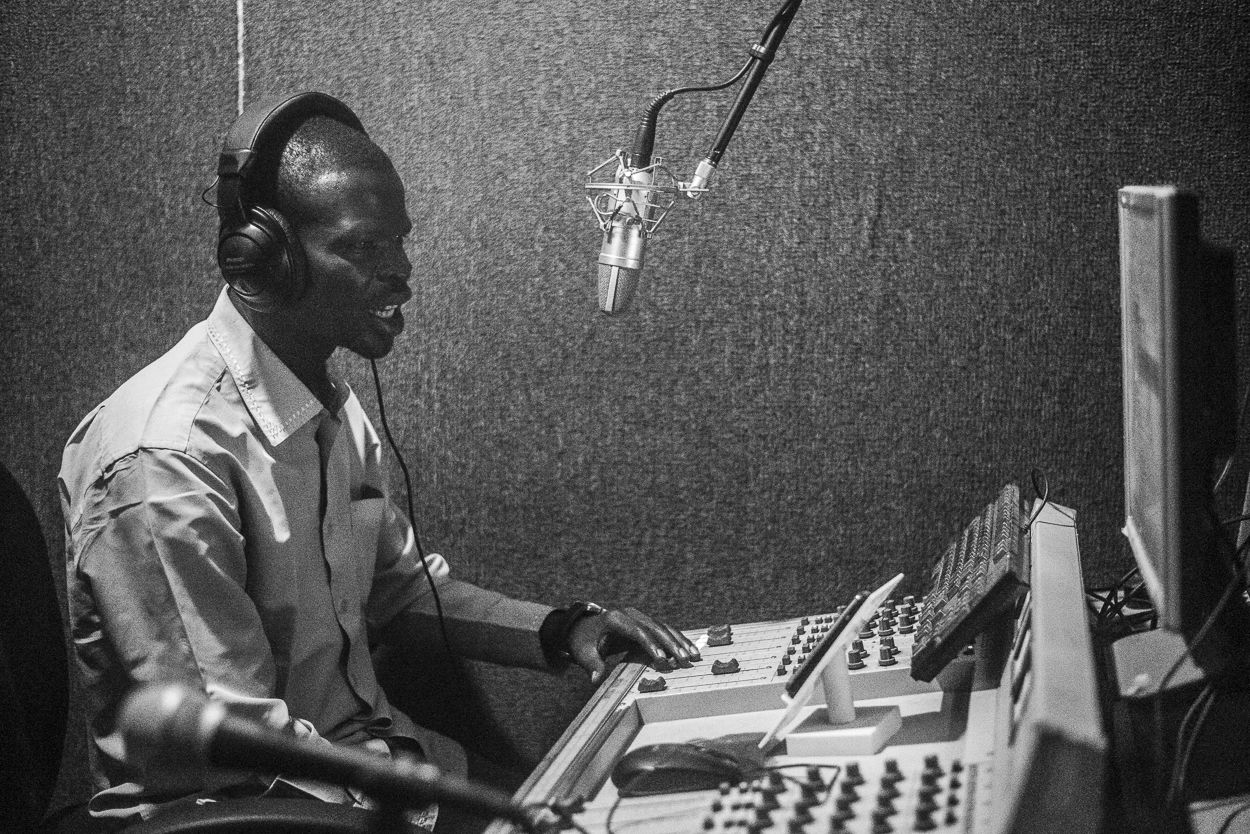 South Sudan has 64 tribes, all of them speaking different languages. In his words, community radio stations use the local language and most journalists are from the community. Most of them never went to journalism schools but got the training at Search for Common Ground.

“The government has accused journalists of not being professional, so the project came in handy, to train journalists how they can report conflict-sensitive stories, how to cross-check with all the parties, how to get correct information, how to put the stories in context and avoid getting themselves into a problem,” Lokolong said.

He said he was personally involved in providing training to journalists from local radio stations on how to do better radio production and produce peace-building programmes. This was organised by the ministry of information, and in many cases, this has been the first time when journalistic training was provided to radio professionals in South Sudan.

As part of the Communicating for Peace project Search collaborated with the Catholic Radio Network (CRN) in South Sudan, which possesses a network of seven community radio stations across the country.

The live radio talk show, Hiwar Al Shabab, was produced by these local stations, with Lokolong’s technical support. The show provided listeners with a sense of confidence in their ability to peacefully resolve conflicts and disputes within their communities, with a notably positive impact on youth.

The two radio programmes – Hiwar Al Shabab and Sergeant Esther – are to this day continuing to air across the CRN network, and their broadcast is expanding to other stations, including the UN Radio Miraya, which covers the entire country.

Lokolong explained that the radio drama called “Sergeant Esther” depicts the character of a woman serving as a police officer, after her husband was killed in mysterious circumstances. 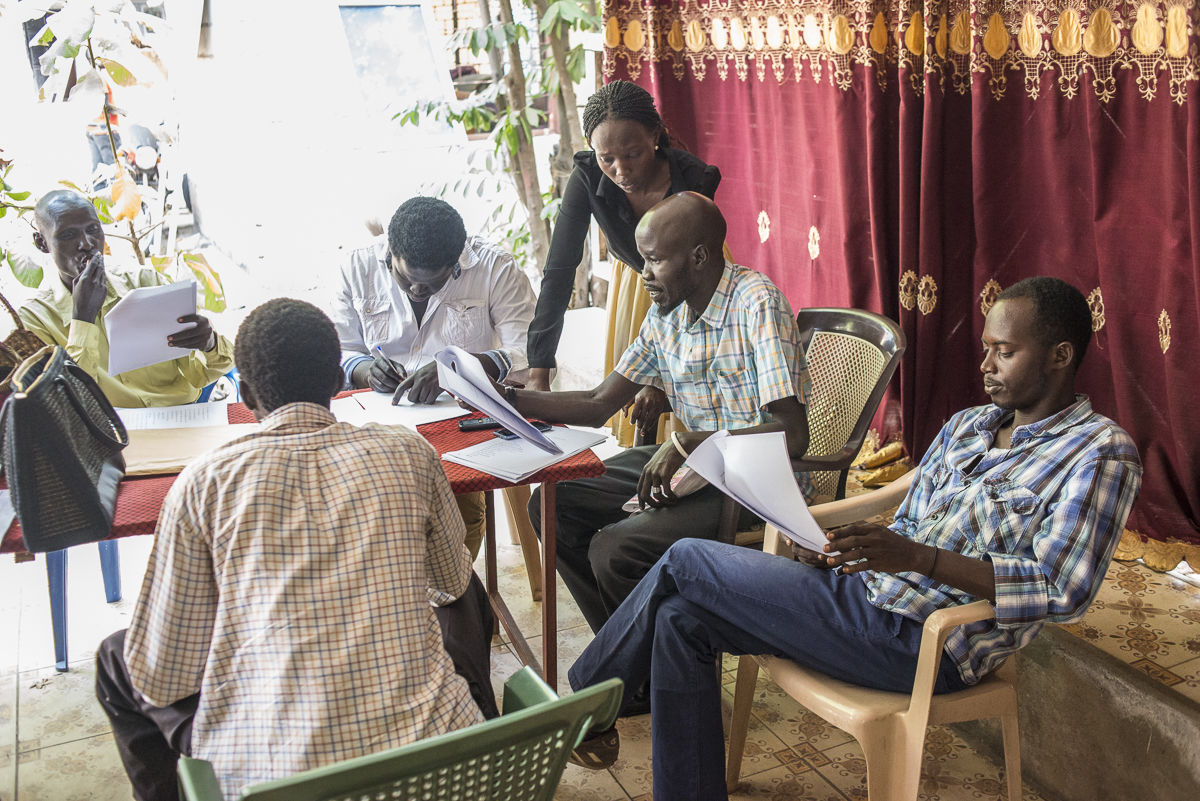 “We use this protagonist in the drama to showcase solutions to disputes and conflicts, which are brought to her in the police station. She uses non-violent approaches and mediation, but she’s also a tough lady who doesn’t hesitate to uphold the rule of law.

The character is a role model to women in South Sudanese community on how to stand for leadership roles and how they can take pro-active position, but above all how to use non-violent approaches to conflicts that happen in communities”, Lokolong explained.

He said that under the project, for which Search For Common Ground received the award,  the first 20 episodes, called “Season One”, were produced. These were very successful and listeners asked for more, he said.

The subsequent project of 52 more Sergeant Esther radio installments were financed by the Canadian government, and Radio Miraya has agreed to broadcast them for the next year and a half.

Another tool for promoting peaceful solutions to conflicts is participatory theatre, with artists trained to act as moderators, who engage in dialogue in communities, engaging the audience in proposing peaceful ways of addressing the conflicts presented in the play.

Lokolong explained that the artists in the participatory theatre come from diverse communities of South Sudan and some of them are from the PoCs, the Protection of civilian sites [the United Nations shelters 200,000 people inside its PoC bases across South Sudan]. 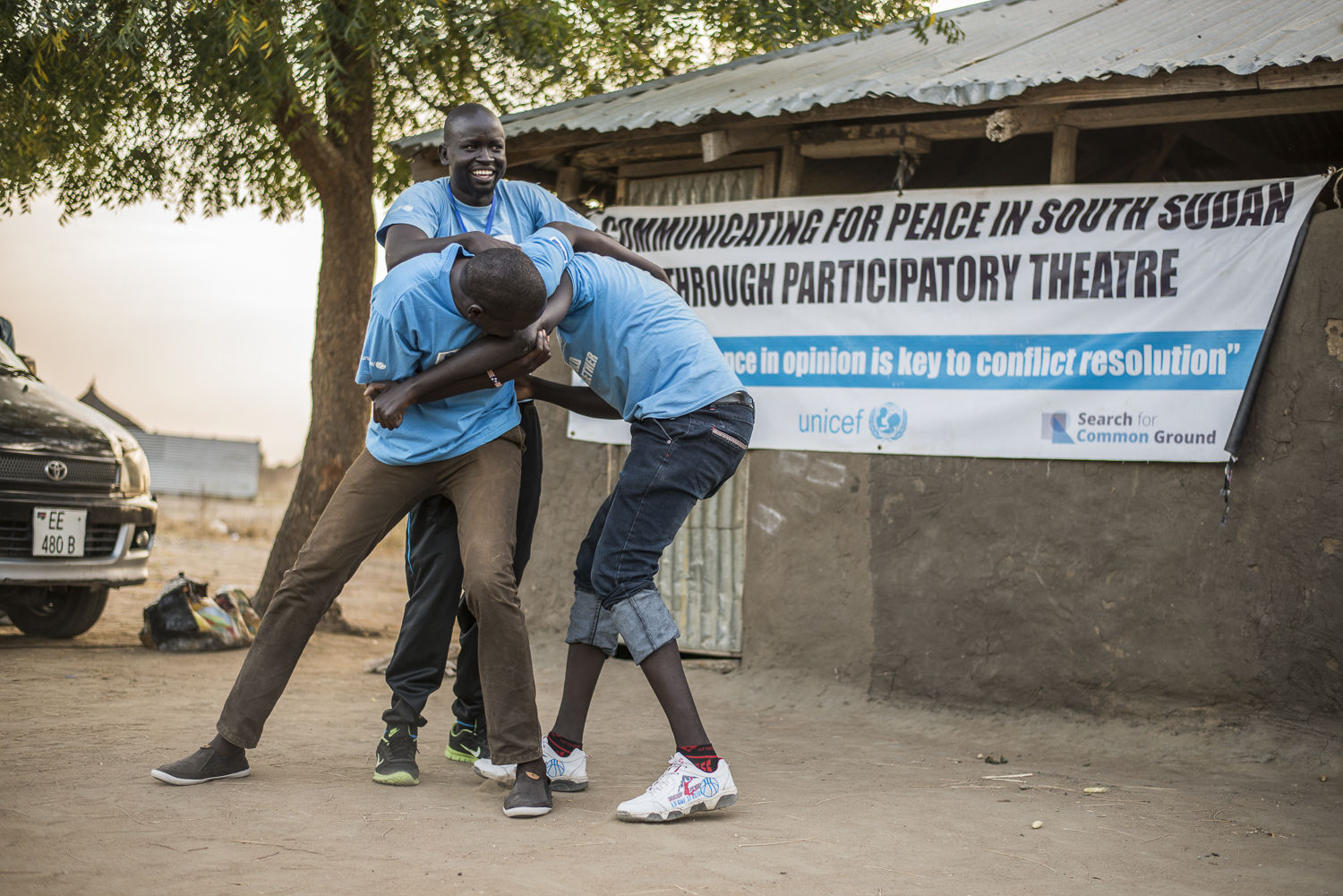 Lokolong explained that the issues addressed by the actors of the participatory theatre ranged from the dropping numbers of girls in education, early pregnancy or domestic violence, to bringing religious communities together by asking religious leaders from the Christian and Muslim faith to find verses in the sacred books that would preach peace-building.

He also said the discussions in the participatory theatre were often an inspiration for radio programmes and thus the messages could reach a wider audience.

Asked if the fact that a Catholic radio was their main partner wasn’t alienating the Muslim audience, Lokolong said this was not at all the case, and that in many areas this was the only source of information.

“The peace-building programmes that we present cut across. They don’t lean to any religion”, he said and added that people of South Sudan had high hopes.

“Working with the grassroots, I believe can bring change in the community, and peace will come to our country,” he said.