By Patrick Wintour | In partnership with The Guardian 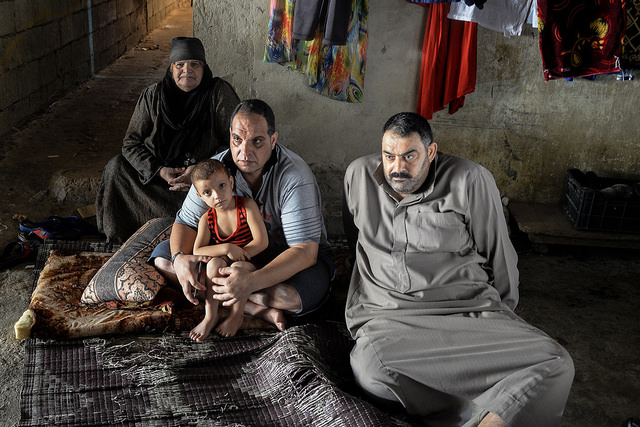 Justine Greening said: “So many refugees are now having to confront the fact they may be refugees for a long time. Their first choice is to stay close to home, and to return to Syria, but we have got to make that choice viable.”

A conference in London on Thursday (4 February) aims to map out a new way to get a grip on the situation. The conference, bringing together heads of state, foreign ministers and the UN panoply, is an implicit acknowledgement that the countries bordering Syria – primarily Lebanon, Jordan and Turkey – are being overwhelmed by refugees.

The day-long event is likely to reveal tensions over the extent to which, and on what terms, leaders in the Middle East will allow Syrians to work legally in their countries. The plan is not only to raise as much cash as possible for food, but also to promise investment that might make it easier for governments to allow refugees access to formal jobs and schooling.

The event is also a political test for the German chancellor, Angela Merkel, a co-sponsor of the conference, and David Cameron. Heads of state and foreign ministers from around the globe, including the Middle East, are due to attend, knowing they need to convince their sceptical electorates they have a plan to address the crisis beyond deportations, barbed wire and border closures.

“The way the humanitarian system works at present is a bit like a health service which only has an accident and emergency department,” Greening said. “We have to recognise that long-term refugees need more than food, water, shelter and day-to-day sustenance.

“We have to get beyond the accident and emergency approach. We have to help the economies of Jordan and the region by providing refugees with the right to work. I don’t think there is any other response to the crisis than to try to improve the lives of refugees where they are. The scale of what we are trying has never been attempted before.”

According to the UNHCR there are more than 4.5 million Syrian refugees, including 2.5 million in Turkey, just over a million in Lebanon and 635,000 in Jordan. But these figures do not account for unregistered refugees. In Turkey, only 9% of the refugee population is in camps. A quarter of a million are working illegally, most receiving less than the minimum wage.

The UN has set a target of raising $8bn (£5.6bn) this year, and Greening said the conference’s aim was to make a start on reaching that target. Last year’s UN appeal ended with only half the desired funds raised, resulting in cuts to food aid just as refugees’ savings were running out, in part prompting the exodus to Europe.

The appeal at the conference in London is expected to include $3.18bn to alleviate suffering inside Syria and $5.75bn to help refugees and their regional host countries.

Greening was reluctant to point to the figures that show which countries have fallen short in their donations, but confirmed Oxfam statistics showing how little countries such as France, Italy and Japan contribute relative to their GDP. If the money is not forthcoming, more people are expected to abandon refugee camps in the Middle East.

Greening said: “We have got a choice. Is the focus of our interest going to be a political discussion in Europe about how we deal with people when they are here, or [will we] recognise that we have to do a better job for them in the first place in the region? In the absence of an end to the civil war, it is the only way to solve this problem. That’s not just the right thing to do, because that is what most of the refugees want, but it is value for money. A pound or euro goes so much further in Jordan than if we are spending it here processing refugees in Europe.”

The diplomatic task of persuading leaders to open their hard-pressed labour markets to refugees just because it might suit European politicians is a delicate one. Turkey has said it will provide work permits to those in the country for more than six months, but, due to a row within the EU, has not received promised EU cash to ease the burden on its economy.

In parts of Jordan, unemployment is above 50%, and the Jordanians fear the impact of relatively uneducated Syrian refugees being given legal access to jobs. Nearly one-third of the kingdom’s population of 9.5 million is non-Jordanian. As many as 145,000 Syrians are enrolled in Jordanian schools, and the kingdom claims only 65% of the cost of the refugees is borne by the international community.

Partly as a result, the Jordanian government has been slowing the flow of refugees, keeping them in holding camps and screening them as security risks.

A German-UK proposal is to raise up to €2bn (£1.5bn) to create 500,000 short-term jobs to build infrastructure and schools, with Syrians and Jordanians working alongside one another. Enterprise zones would be established in which Syrians and Jordanians could work, and in return, Greening said, Europe would open up its markets to the products. “We have got to make sure Jordan owns this proposal,” Greening said.

The Lebanese government is also uneasy about access to the jobs market, fearing that Syrian refugees will not return to their ravaged country when the civil war ends.

Greening concluded: “The world faces a choice. Are we going to make sure the children growing up in the region – and they are going to grow up – do so reading and writing with a future, or instead [leave them feeling] fundamentally cheated because they have had no education through no fault of their own but because the international community could not get organised or resourced to help countries like Jordan and Lebanon?”