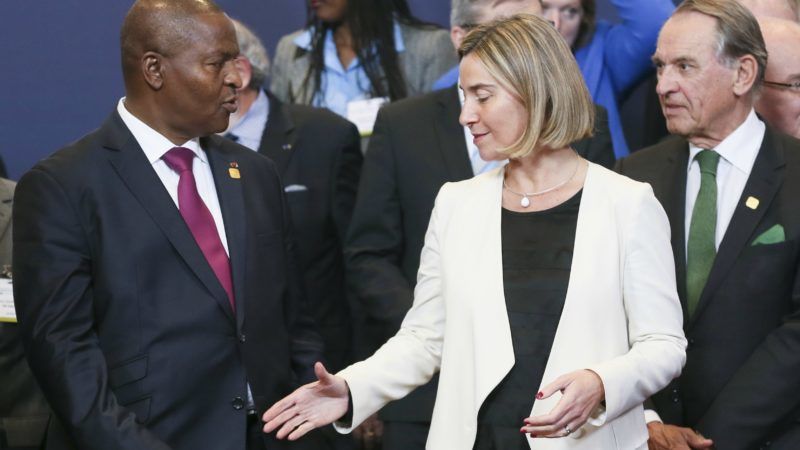 The limitations of EU outreach became visible in recent years particularly in the context of the Eastern Partnership, an initiative which sought to closely associate six countries in the EU’s immediate neighbourhood.

Edgars Rink?vi?s, the Minister of Foreign Affairs of Latvia, didn’t mince his words Thursday (26 February) when he called the summit of the Eastern Partnership his country is hosting next May, in its capacity as holder of the rotating EU presidency, “a survival summit”.

Another perhaps more tragic example is the failure of the EU’s engagement with neighbours in the south, following the Arab Spring.

The Arab Spring has been a wake-up call for the EU as it showed that the Union has not always been coherent and consistent in its foreign relations, Dick Toornstra told EURACTIV in an interview.

But a report points out the same deficiencies vis-à-vis the ACP countries, 79 African, Caribbean and Pacific states, with all of them, with the exception of Cuba, signatories to the Cotonou Agreement, also known as the ACP-EC Partnership Agreement, which binds them to the European Union.

The Coherence Report – Insights from the external evaluations of the External Financing Instruments, says that the EU’s capacity to promote its ‘values’ agenda – human rights, democracy, rule of law – has declined, as a result of “trade-offs” between the Union’s self-interest in the context of the refugee crisis and founding principles of poverty eradication and partnership with the ACP countries.

The report aims at providing insight to policymakers as to the functioning and coherence of the many financial instruments of the Union vis-à-vis third countries. It was commissioned by the Directorate General for International Cooperation and Development of the European Commission and was produced by a consortium led by the ECDPM’s Jean Bossuyt.

Despite the bureaucratic language and the use of 50 different acronyms, the report says that decreasing acceptance of the Western liberal democratic model of development is a limiting factor in the EU’s political leverage with developing countries.

“While EU actions may have delivered quality outputs, the overall human rights situation is bleak, if not deteriorating, in several regions and partner countries,” its authors state, identifying four trends leading to a decline of the overall response capacity of the EU:

The report makes it clear that the urgency to find quick fixes to the refugee crisis has left a negative legacy.

The EU’s New Consensus on Development is meant to plot a roadmap to meeting the UN’s Sustainable Development Goals by 2030. Instead, the draft proposal appears to prioritise migration control and military operations, writes Johannes Trimmel.

“Over the last years, the focus has been primarily on internal EU interest, and less on partner country needs,” the report says, adding that existing financial instruments have been reallocated, primarily to enhance the third country’s capacity to manage the refugee flow, but not deal with the root causes of migration.

“A critical challenge will be to address effectively the root causes of migration, and several geographic and thematic instruments could in principle be activated. The potential is there, yet it is not clear who should do what, and how the various EFIs (External financial instruments of the EU) could be mobilised to address this key challenge in a joined-up way,” the document states.

Regarding the degree to which the different EU financial instruments contribute to a consistent external action, the report says that good practices and ‘silo approaches’ coexist. Overlaps and duplications are mentioned, such as between components of the European Development Fund and the Development Cooperation Instrument.

An assessment is made that in general, complementarity exists between EU actions and those of the member states, although policy and financial motivations induce some member states to pull out of several partner countries, particularly middle-income countries (MICs). This increases the pressure on the EU to fill gaps, the report says.