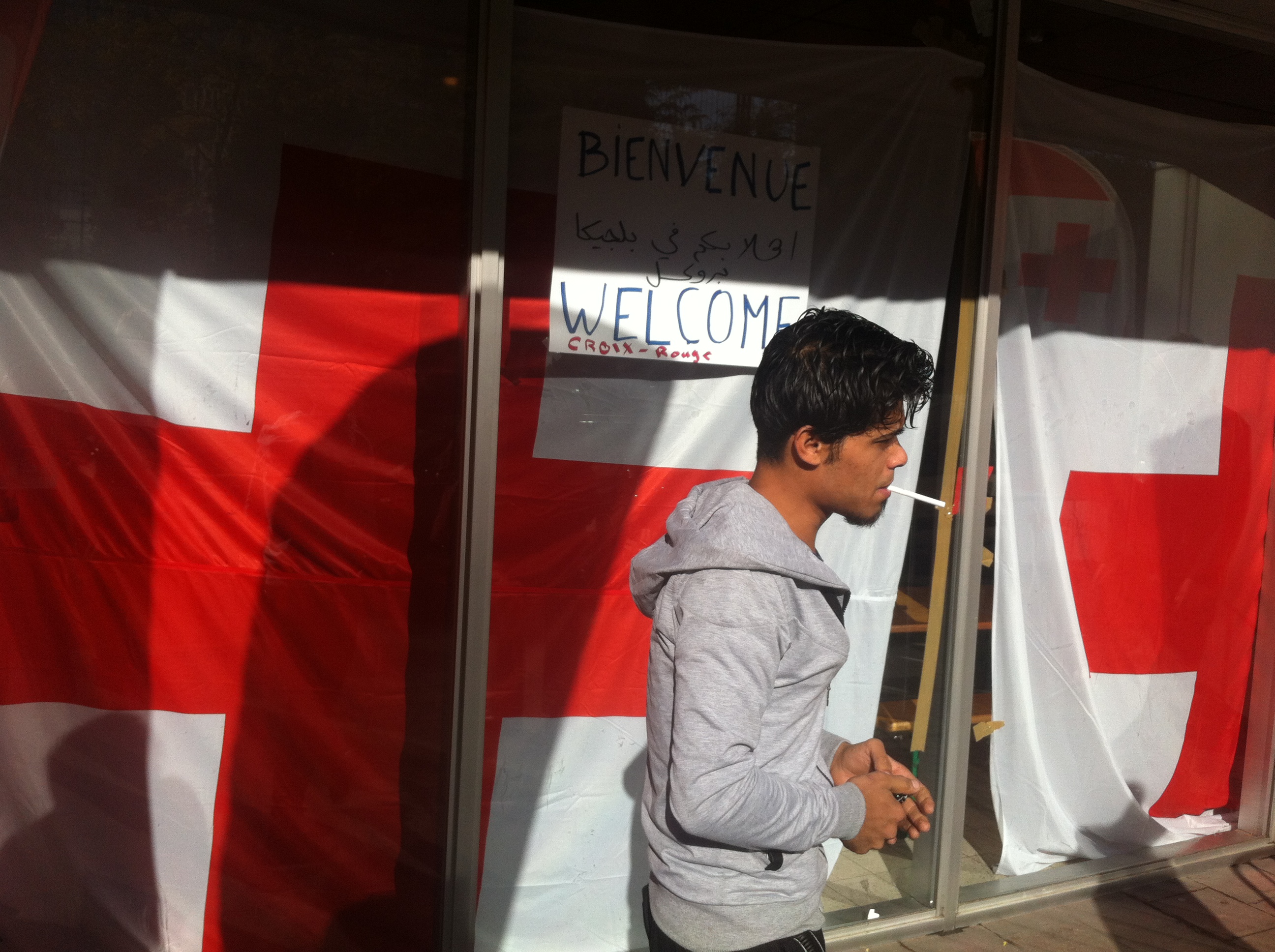 A refugee in Brussels. [Georgi Gotev]

Some of the expenditure items EU countries report as aid do not translate into a real transfer of resources to developing countries or, ultimately, to people who are poor and marginalised, the report has found.

This is not the first time that NGOs report that EU monies are increasingly being spent on tackling the refugee crisis and border security, rather than fighting poverty and inequality.

>>Read: NGOs fear that development funds are getting spent on barbed wire

But this time the CONCORD AidWatch report contains a lot of data from the OECD CRS dataset. This data is complemented by updated figures provided by national platforms. In some cases, data from the European Commission and Eurostat is also used.

CONCORD says that some EU countries are mis­reporting some of their official development assistance (ODA) expenses, by including costs which, under existing guidelines, should not have been counted.

The reporting of non­eligible migration-­related expenses in Spain and Malta, or the misreporting of refugee costs in Hungary, are amonst the examples cited.

Inflated aid is calculated on the bilateral component of EU aid. Many of the components – imputed student costs, refugee costs, interest and tied aid – do not apply to multilateral aid.

The report found that in 2014, the EU28 and the European institutions inflated their aid by €7.1 bn, which represents 12% of all aid flows.

The EU institutions are no different from the member states, having “inflated” their aid by 9.9%.

CONCORD makes the case that while helping people arriving in great need in Europe is a moral imperative, this does not mean that funding refugees in-­country is something that should be reported as ODA.

The report mentions that Luxembourg, Poland and Bulgaria have already decided not to report refugee costs as ODA.

According to the OECD, only money spent during the first 12 months of stay should be reported as ODA. But other countries account refugee-related expenses as ODA.

Some countries include all the costs relating to asylum seekers, regardless of whether they are granted refugee status or not.

For example, Hungary does not differentiate between costs relating to the first year (which are eligible to be reported as ODA) and those relating to subsequent years, which should not.

Spain is using ODA to support and equip security forces in transit countries, essentially building walls in Ceuta and Melilla, its Morocco enclaves.

Malta has also traditionally used almost half its aid budget to pay for migrant detention centres. This expenditure should not be reported as ODA under existing guidelines.

The fact that refugee costs are reported bundled together makes it extremely difficult to ensure that member states are complying with existing guidelines, the report stresses. It also raises the issue that if EU countries use ODA to pay refugee costs, there is a risk that it might be at the expense of people in developing countries.

CONCORD AidWatch is also concerned that the refugee crisis might be used as an excuse to count as ODA non­eligible expenditure relating to general migration flows.

The EU is merging the refugee crisis and migration issues from a policy and budgetary perspective, when in fact the two issues are completely different from a legal and aid-­reporting point of view.

In addition, the report finds that climate finance is often double­ counted towards climate and development targets, when in practice the EU aid budget has stagnated for the last few years, and is clearly insufficient to meet either development or climate needs individually.

The report makes the following recommendations:

Asked to comment the reports’ findings that the Commission too “inflates” aid, Alexandre Polack, European Commission Spokesperson International Cooperation and Development insisted that the fundamental objective of EU development aid is and remains reducing and eradicating poverty.

Polack argued there was no contradiction with the effort to reduce irregular and forced migration.

“On the contrary. Giving people access to education, to training and to a job helps fighting poverty and at the same time reduces the pressure to migrate because of poverty and lack of opportunities. In fact, reducing poverty and tackling the root causes of irregular migration go hand in hand”, he said.

He reminded that at the 2015 Valetta Summit on Migration the Commission launched an Emergency Trust Fund for Africa to increase stability, address the root causes of irregular migration and displaced persons in Africa.

“Many of its focal areas address directly the root causes of poverty, such as establishing economic programmes that create employment opportunities, but also supporting resilience in terms of food security and of the wider economy including basic services”, he said.

Polack said it should not be forgotten that EU aid exceeds by far that of other major donors, namely non-EU G8 countries, and the average ODA/GNI ratio for the EU is significantly above the DAC average (0.42% for the EU versus 0.29% in 2014).

But he also issued the message that member states should comply with reporting standards.

“The Commission encourages member states to live up to their individual ODA commitments, including in the context of a comprehensive post-2015 monitoring, accountability and review framework. The Commission will continue to work closely with member states in order to monitor EU ODA levels”, he said.

He also insisted that Commission's aid is in line with the OECD Development Assistance Committee's criteria. “What is classified as ODA passes strict eligibility tests and is governed by the ODA rules. Projects that do not pass these tests are not reportable as ODA”, Polack said.