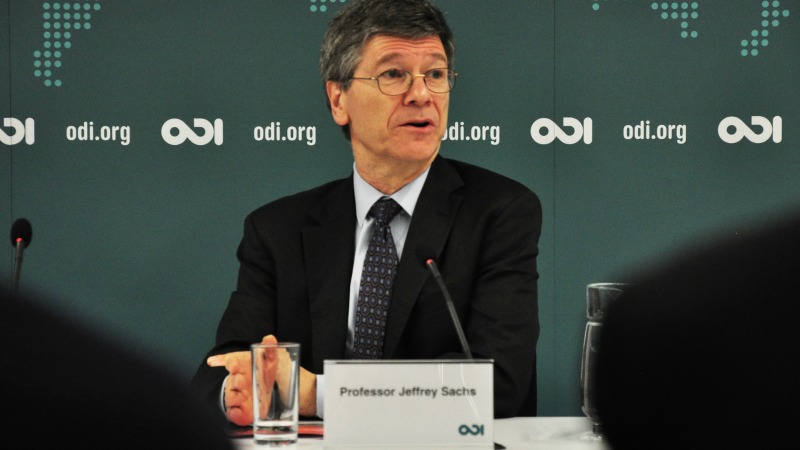 The rise of far-right politics across the world may hit already scant foreign aid, increase tensions between communities and countries, and lead to more people fleeing conflict, Nobel laureates, leaders and experts warned.

Populist parties and nationalist politicians across Europe and the United States are gaining popularity amid a migrant crisis and sluggish global economic growth.

Experts say this is not only fuelling xenophobia and hate crimes against minorities, it could lead to more violence and more migrants and refugees seeking shelter in the West.

“I am certainly very concerned. I think the anti-immigrant feeling is going to grow. It’s pretty potent politics and it’s very dangerous,” Jeffrey Sachs, director of the Center for Sustainable Development at Columbia University, told the Thomson Reuters Foundation.

The economist was speaking earlier this month on the sidelines of a child rights conference in India attended by a host of international figures.

After a referendum campaign dominated by the anti-immigration, eurosceptic views of politician Nigel Farage’s UK Independence Party, Britain voted in June to leave the European Union.

The result has bolstered other far-right populist politicians such National Front leader Marine Le Pen who is expected to perform strongly in next year’s French presidential election on a eurosceptic platform.

Alarming liberals the most was last month’s election of Donald Trump as the next US president. The billionaire businessman has previously called for a ban on Muslims, a wall to be built along the US-Mexico border and increased militarisation.

Jose Ramos-Horta, Nobel peace laureate and former president of East Timor, said the surge in populism was based on xenophobic lies fed by politicians and far-right media groups.

“These idiots like Farage, Marine Le Pen propose simplistic solutions to deep-seated problems in Europe, which have nothing to do with migrants and refugees,” said Ramos-Horta on the sidelines of the Delhi conference .

“They are ignoring the structural economic problems which have long existed in the West. It has to do with their ageing populations where they have to pay more for social welfare and are less productive.”

Ramos-Horta said the shift to the far-right would mean countries would likely adopt more protectionist policies, which could result in foreign aid cuts.

Despite rich countries pledging 0.7% of their gross domestic product (GDP) on foreign aid by 2015, only a handful have actually followed through.

Last year, the world’s 35 wealthiest nations only gave 0.3% of their overall GDP in 2015, says the Organisation for Economic Cooperation and Development.

The European Union’s humanitarian aid and development aid programmes are being compromised by EU debts, and budget cuts forecast for 2015. EURACTIV France reports.

Former Australian prime minister Julia Gillard warned against cutting aid further, saying it should be substantially increased as it could ultimately help stem humanitarian emergencies such as the migrant crisis in Europe.

“People are going to move if there are no opportunities and no hope where they are, and a key way of giving people hope is to invest and educate their children,” said Gillard, chair of the Global Partnership for Education.

While it was too early to say what Trump will do, Sachs said initial signs were not encouraging, with the President-elect “militarising democracy” by appointing a slew of retired generals to his national security and foreign policy cabinet.

Some also feel the move away from inclusive societies and rising Islamaphobia will fuel sentiments that may drive more Muslims to join militant groups such as the Islamic state.

“I think the best thing for a group like Daesh (Islamic State) is to see the West and others behave the way they are, because it gives them the excuse to justify their own actions,” said Prince Ali.