By Matthew Tempest in Senegal | EURACTIV.com

EU Development and Cooperation Commission Neven Mimica arrived on Tuesday (26 April) for a summit with the leaders and ministers of the largely-poor 89 ACP states, which alternates between Brussels and ACP host cities.

On the agenda is a continuation of the Cotonou Agreement on development, political, and economic cooperation beyond the current deal’s cut-off point of 2020. Other items include climate change, and the EU’s controversial Emergency Trust Fund for Africa, aimed at stemming the increasing influx of irregular migrants from Africa, often heading for Libya and a treacherous sea passage to Europe.

Ahead of Thursday’s first day of the meeting, euractiv.com visited a variety of small-scale EU-aided projects in and across the capital, all receiving relatively small EU grants to help with Senegal’s increasing problem with abandoned street children.

There are estimated to be 30,000 plus street children in Dakar alone.

The surge comes against a background of increasing urbanisation in the small country of some 12 million people, 47% of whom live in poverty.

With economic growth slowing to 3.3%, a negative trade balance, half the population under 20 years of age, 2.5% population growth, and mass unemployment, the country – otherwise a rare example of a stable democracy in West Africa – is facing a tsunami of challenges on several fronts.

An average birth rate of 8 children per mother hides a discrepancy of 10 births for women in rural areas, as against to six in the cities. Some 26% of women have been subject to genital mutilation, whilst boys are sent out begging on the streets – sometimes at the behest, according to multiple sources, of an increasing number of Koran schools, in this 94% Muslim country. 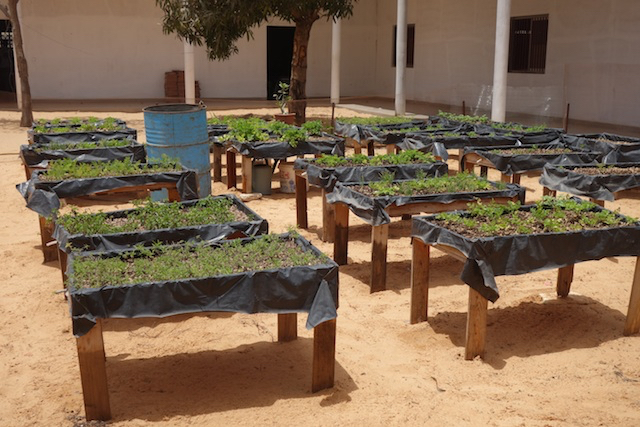 Disabled children learn to grow their own food at the Centre Talibou Dabo in Dakar.

The SADMAD scheme in the Dakar region has been awarded €409,905 until the end of 2018 to ease food insecurity by helping schools for disabled children either grow their own food, or source it from local suppliers and family farms.

At the Centre Talibou Dabo in Dakar – one of only four schools in the capital with any facilities for the disabled – youngsters in wheelchairs benefit from the SADMAD scheme by tending their own garden crops of vegetables and herbs.

It teaches some 250 children, divided into seven classes for the physically disabled, and one for the mentally-impaired. Built in 1981, it claims a success rate of 30% of pupils ending up in full-time jobs – for most of whom the alternative would be begging in the street.

Also in the capital, and another participant in the SADMAD scheme is the Louis Braille School for the Blind, which sees 500 pupils fed breakfast before school. 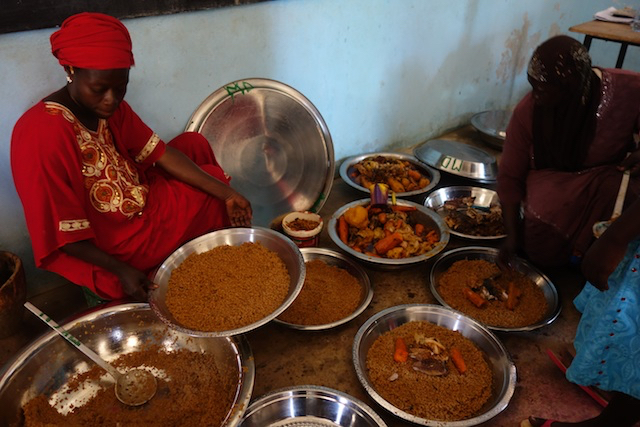 School canteen for blind children at the Louis Braille school in Dakar.

Its principal explained that the benefits are not only for the health of the children – ‘healthy food for a healthy brain’ is one of their slogans – but helps school retention rates, as well fed students are more likely to stay on in school, rather than being forced to forage for food in the streets.

Abdou Aram, the President of the Blind People of Senegal Association, told EURACTIV that before the scheme, some parents only brought their children to school on Tuesdays and Thursdays, rather than the full week.

“We very much welcome the programme, and thank the EU for its help. [But] we are worried about the continuity of the project [after 2018], and we are asking the EU to keep actually supporting us,” he said.

Near the Lac Rose (Pink Lake), a 90-minute drive from the capital, the Village Pilote project sees some 300-450 boys who have been rescued from the streets by police or local authorites live in a male-only residential campus, where they are taught to become electricians or carpenters.

Most are aged 5-13, although young men up to the age of 30 lacking any formal education have been housed by the scheme. 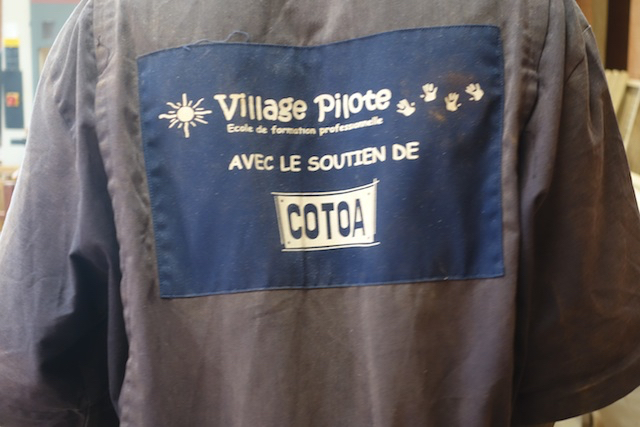 Executive Director Loïc Treguy says some of the children were exploited by local Islamic ‘Koran schools’, which were actually sending them on to the streets to beg, at the threat of being beaten.

“There is no oversight of religious schools [in Senegal] so there are bad eggs,” he said.

“Most of the boys come to us at the age of 6-7 years old, so it is hard to trace their families. We have to talk to them, persuade them to come here.”

“They are [first] taught to read or write – for many it is the first time they have ever studied,” Treguy said. 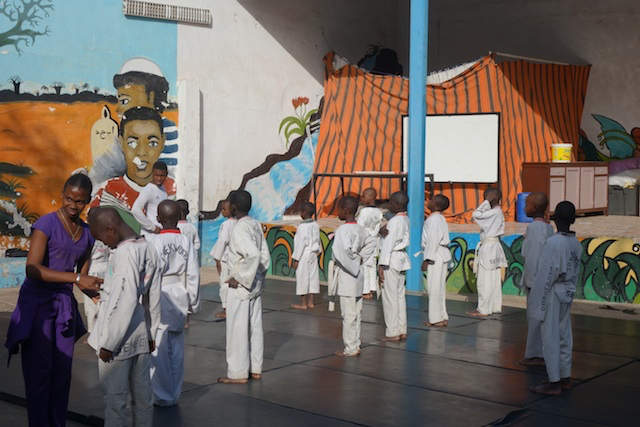 Boys at the Empire des Enfants in the Senegalese capital learn Twaekendo after being rescued from the streets.

Back in Dakar, some 20 plus young boys aged 6-8, again former street beggars, are lined up practising the self-discipline of Twaekondo in the evening heat, surrounded by goats and chickens.

Its headmistress tells EURACTIV “The EU money means we are free to use the time that used to be used for fund-raising, is now used for the kids.

“We hope to extend and expand the funding, so we can do more.”