Social entrepreneur: Why NGOs should learn from McDonald’s 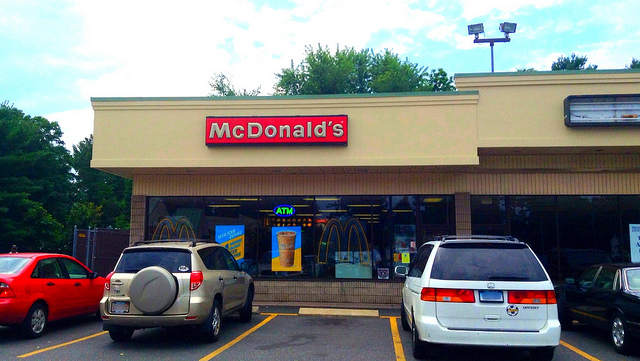 The global burger franchise McDonald’s might not be an obvious role model for charities and NGOs working in aid and development – but one social entrepreneur argues they should be.

Dan Berelowitz, co-founder of the International Centre for Social Franchising, was in Brussels to address the annual AidEx 2015 trade fair of NGOs in Brussels this week.

He spoke to EURACTIV’s Matt Tempest about a surprising possible guru for charities.

Who are the International Centre for Social Franchising?

We are a charity, founded as a charity, but really our mission is to take what works from the commercial sector, in terms of franchising, replication and scale and translate that to the social sector.

So we work with social organisations, be they NGOs, or businesses that are having some sort of societal change, to help them scale up their work. And we act as consultants, but more than consultants, because we judge our success based on how much they scale their social impact.

When were you founded, and where are you based?

I founded it four years ago, were based in London, in Kings Cross, but we also have an office in California, and in Australia.

So how big are you?

There’s 14 people at the moment. But we’re growing quite quickly. The works half-half split between domestic UK, and US/emerging economies.

But this interesting idea you brought up on the panel, about learning from McDonald’s – can you just explain to me how that came about?

Yeah, sure. So I, when I started getting interested in scale, and the social impact, I got particularly interest in social franchising – and everyone, of course, mentions McDonald’s as the first name.

Which might not be the most popular name in the NGO world?

No, maybe not. Exactly. But whatever you think about Big Macs, they know how to maintain quality , across something like I think 3,000 restaurants globally [editor’s note: 30,000]. So what the social sector can learn is they’ve got years and years of experience in maintaining that quality. People-development actually is fascinating as well. So that in the UK, certainly, they are the biggest trainer of young people outside the UK government, in qualifications.

So you look at some of the people-development that they’ve gone through in order to make their restaurants function more efficiently and you think if we could do some of that in the social sector it would be quite an impressive act.

But you didn’t just look at it from the outside. You approached McDonald’s, and then what happened?

Yes. So, inside McDonald’s I worked with a number of their senior leaders. They opened up all their systems and processes to me to really get a proper look. I ended up writing a paper on it, which is on our website, comparing McDonalds to a charity in the UK called Foodbank.

And we’re still working with them. So the chief executive just spoke to 20 charities two weeks ago for us, to talk about how they can learn lessons from what McDonald’s’ do.

And I think the interesting thing is that the reverse is happening – so McDonald’s are actually talking to them about scaling up some of their social projects within their restaurants as well.

You said something on the panel as well about a franchise, and having an agreement, but then if you have to go back to the fine print of the agreement, something’s already gone wrong. What did you mean by that?

Well, in the UK certainly they have the franchise agreements for McDonald’s, and we’d look at this the same way in the social sector, so you put an enormous amount of energy into choosing the right person. That is – if you’re going to put energy anywhere – that is the place to do it.

That person has to be totally aligned with your mission, or what your organisation is trying to do.

Second thing is, then train them properly.

And the third is support them properly.

And if you do those things, you should never have to look at your franchise agreement again, ever. And in fact in the UK they’ve never resorted to actually using a franchise agreement. And when we work with people we aspire to the same thing.

If you had to sum it up in three points that transpose over from McDonald’s and the private sector into an NGO world of conflict resolution, charities, and the public sector, what would it be?

Well, I think first of all is that – picking people. And just that focus on people.

I think the second thing is around systemisation. So creating systems and processes around everything you do to make yourself more efficient. That’s difficult in the social sector, there’s not as much money there. Which means it is challenging to spend the time up front.

And the third thing is just about ongoing support. Really thinking through how to nurture and support the network for the long-term to make it work. Which someone like McDonald’s have done so well.

Once again, easier when you’ve got the money to hire staff, and have conferences, and all that sort of thing. NGOs find it more challenging, but without that it’s really very difficult to maintain a network that is going to achieve some social purpose.