Security will be the keyword of the EU’s development policy in the near future.

On Thursday (14 September), the European Parliament gave a green light to start the discussion with other European institutions on the Instrument contributing to Stability and Peace (IcSP).

This program allows member states to intervene to prevent or address a crisis.

For the first time, it will be possible to use it for military purposes, especially in African countries plagued by instability. The European Commission announced it will receive €17.5 million to “address the terrorist threat in Middle East and North Africa”.

According to the text adopted by Parliament, which will now be discussed in the trilogue talks, the program will be financed directly by EU budget and will fund training activities and the supply of non-lethal equipment to the security forces of third countries.

Only regular military expenditures (salaries and pensions), weapons and ammunitions, and combat training will be excluded from the scope of eligible activities.

“European missions in Mali, CAR, Somalia await the result of these talks, as they need the funding we will make available to them,” said the French Les Republicains MEP Arnaud Danjean (EPP) ahead of the vote.

“Next week in New York [at the UN General Assembly] many of our allies in the Sahel and Horn of Africa regions will ask us if we are ready to step up our efforts to contribute to their actions on peace and security,” said Federica Mogherini, the EU High Representative for Foreign Affairs

Objective 16 of the SDD highlights the need to support national security institutions in fragile and conflict-ridden states.

For many people, the diversion of development aid towards security and defense objectives is key in regions like Sahel where security and terrorism threatens to halt all development efforts.

But the militarisation of aid worries some MEPs: “This could set a precedent for development funds and instruments for peace and security to be used for military purposes; these activities are not intended to be funded by development assistance,” said Finnish Green MEP Heidi Hautala.

Indeed, the criteria for development aid, established by the OECD’s Development Assistance Committee, only allow for a small part of international aid to be spent on security operations and exclude military operations altogether.

It’s a boundary that some would like to relax, like France, who has long been playing the “cop” in Sahel.

In 2014, Paris had spent €543 million in securitising Sahel, compared to €202 million in bilateral development assistance, according to a report by the French foundation on international development (FERDI).

For comparison, in the same year, the international community spent €3.36 billion on the development of Sahel and €1.26 billion on military operations in the region.

According to Green MEPs and numerous NGOs, the priority of development aid is and must remain poverty reduction. 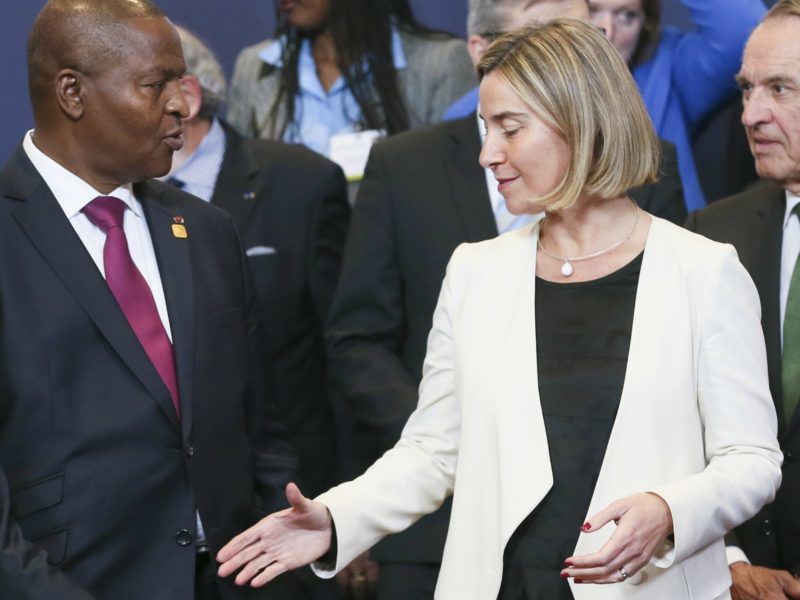