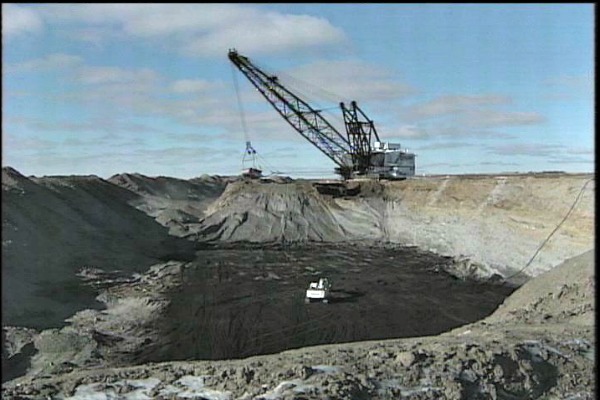 EXCLUSIVE / The UK’s Advertising Standards Authority (ASA) has launched an investigation into an allegedly misleading advert by Peabody Energy, the world’s largest private sector coal company, which ran under the strapline: ‘Lets brighten the many faces of global energy poverty’.

The slickly-produced online leaflet ran as part of a Peabody-sponsored campaign called ‘Advanced Energy for Life’ which advocates coal use as a way of curbing energy inequalities in the developing world.

The advertisement claimed that energy poverty was “the world’s number one human and environmental crisis” and presented statistics linking economic growth to unabated and highly-polluting coal use, under a ‘Clean Coal’ headline.

Environmentalists say that the public relations pamphlet also implied that Peabody was working to solve energy poverty, and did not make clear the environmental effects of the firm’s coal-related activities.

Last month, WWF filed a separate complaint to Belgium’s Jury d’Ethique Publicitaire against Peabody’s ad, but the ASA is regarded as a more formidable media scrutineer. If WWF’s complaint is upheld, the ASA could ask Peabody to amend or remove the advert in its entirety.

In 2007, the Dutch Advertising Authority ordered Royal Dutch Shell to withdraw a ‘misleading’ advert which showed flowers being emitted from its smokestacks.

Peabody was not available for comment yesterday (8 May) and its public relations representative, Burson Marsteller, was similarly unable to help with media inquiries. But one Peabody spokesperson, Beth Sutton, has said that the campaign will be sustained, long-term and “is aimed at changing the global conversation to focus on energy poverty.”

Burson Marsteller has previously given consultations to other firms with image problems, such as Union Carbide, after a poison gas disaster that killed 3,800 people in India in 1984. It was also contracted by the Argentinian junta after the disappearance of 35,000 civilians, the Indonesian government after the massacres in East Timor, and has worked to improve the image of the late Romanian dictator, Nicolae Ceausescu.

Urbaniak said that after BP’s attempts to rebrand itself were scuppered by the Deepwater Horizon disaster, “Peabody should learn a lesson and not let history repeat itself.”

The Advanced Energy for Life campaign dovetails with an increasing awareness about the climate impacts of coal use, and a shift in orientation by coal companies towards the Asia-Pacific region.

At the start of this decade, Peabody’s CEO Gregory H. Boyce pinpointed  “a long-term supercycle for coal,” centred on the Asia-Pacific region as central to the company’s growth strategy.

About three quarters of the 1,000 new coal plants planned around the world, will be in China and India, according to the World Resources Institute.

The Peabody campaign says that China, which in 2010 accounted for 46% of the world’s coal consumption, is at the forefront of a ‘green energy revolution’. This will supposedly involve gasified ‘clean coal’ that may one day use experimental carbon capture and storage technologies.

Few predict this to happen before the mid-2020s, at the earliest, but an environmental tint on the coal gasification process may be an effective communications tool.

Coal gasification involves chemically transforming coal into synthetic natural gas (SNG), rather than burning it. In some cases, this may emit fewer airborne pollutants than traditional coal burning, which is responsible for 18,200 premature deaths every year in Europe alone, according to studies.

But gasification also produces roughly seven times the greenhouse gas emissions of natural gas – and twice as much as traditional coal – and so intensifies the global warming process. It is also exceptionally water-intensive, and the proposed new coal plants will be positioned in western parts of China already subject to water shortages.

The process’s impact on water quality is also contested. One study by the US Department of Energy found residual groundwater contamination in a site 16 years after a mere five-day gasification process.

A recent analysis by Duke University concluded that “at a minimum, Chinese policymakers should delay implementing their SNG plan to avoid a potentially costly and environmentally damaging outcome. An even better decision would be to cancel the program entirely.”

The financial sustainability of gasified coal is also queried by experts, partly because the planned expansion of coal plants is not compatible with limiting global warming to 2 degrees Celsius, as research by the Carbon Tracker Initiative this week indicated.

But coal’s planet-heating impact appears to be a secondary issue for Peabody, which has co-sponsored attempts to block the US Environmental protection Agency from cutting greenhouse gas emissions. Advanced Energy for Life actually campaigns on this issue, juxtaposing ‘cost of living’ arguments with climate science.

“The greatest crisis we confront is not an environmental crisis predicted by computer models, but a human crisis fully within our power to solve,” Boyce has said.  “For too long, we have been focused on the wrong priorities.” The new campaign avoids mentioning climate change.

Instead, the focus is on coal’s potential for global poverty reduction, despite the firm’s disputes with US unions who last year accused it of “a scheme to rob and steal” the pensions of retired miners and their widows.

To this end, the advert at the centre of the latest row cites the UN Millennium Development Goals (MDGs), and graphically details the effects of energy poverty in Africa and India.

It does not however mention the seventh MDG of ensuring environmental sustainability, due to the disproportionate impact that climate change will have on the world’s poor.

According to the Intergovernmental Panel on Climate Change’s Fifth Assessment report, low-income countries will be devastated by the catastrophic effects of sea-level rise, increased storms, droughts, floods and heatwaves, all of which are expected over the century ahead.

Global clean energy investment in the first quarter of last year fell to its lowest level in four years, driven by cuts in tax incentives at a time of austerity, according to Bloomberg New Energy Finance.

The IEA said that coal-fired generation grew by 45 percent between 2000 and 2010, far outpacing the 25% growth in non-fossil fuel generation over the same period.

A revolution in shale gas technology has triggered a switch from coal to cleaner natural gas in the United States. Much US coal however has simply been exported elsewhere. Coal use has soared around the world, particularly in Europe, where its share of the power generation mix has increased at the expense of gas.