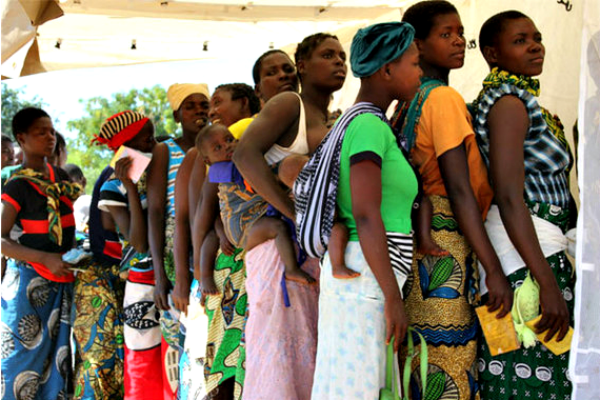 EXCLUSIVE / The British government has warned European lawmakers that a bid by conservative Christian groups to ban EU funding for activities linked to abortion or the destruction of human embryos could obstruct life-saving operations in the developing world, in a briefing note seen by EURACTIV.

The ‘One of Us’ group last week gathered 1.8 million signatures for a European Citizens Initiative, triggering a process at the European Commission, which is currently debating whether to table a legislative proposal to follow up on the petition.

Under EU law, the Commission is forced to consider legislation as soon as a Citizen Initiative reaches one million signatures, but is not required to do so. If followed through, the process could end in a funding clampdown on stem cell research and development aid.

The UK briefing note, which is marked ‘Official Sensitive’, says the proposed amendment to the EU’s budget outlawing the direct or indirect encouragement, support or promotion of abortion “risks hampering international efforts to save lives in developing countries.”

Some 47,000 women die around the world from unsafe abortions every year, and more than 8 million suffer illnesses and injuries requiring hospital care, according to the note, which was sent on behalf of the Universities and Science Minister, David Willetts, and the Health Minister, Earl Howe.

While the EU spends around €87 million annually on reproductive health support to the developing world, a wider €321 million funding envelope for maternal health and newborn child programmes that covers family planning and nutrition would also be hit hard by the initiative, Commission sources say.

This is because any EU programmes training or paying doctors and nurses who go on to perform legal abortions could be said to be indirectly supporting the practice.

“Groups supporting women on issues such as child marriage and female genital mutilation could also be affected,” the UK paper warns.

The proposed law would also freeze payments for stem cell research into treatments for Parkinson’s, diabetes and heart disease, disbursed under EU research programmes such as Horizon 2020.

The ‘One of Us’ group claims wide public backing for this and displays a message of support from Pope Benedict XVI on its website. But according to the EU’s official register, 96% of its €159,000 of funding came from just two rightwing Catholic organisations in Italy and Spain, founded by the Conservative  MEPs Carlo Casini, and Jaime Mayor Oreja. The One of Us message correspondingly follows a traditional narrative.

‘Every human embryo is an individual’

“Every human embryo is already an individual and merits respect,” Grégor Puppinck, the president of the One of Us committee told lawmakers at a parliamentary hearing in Brussels on 10 April.

“To consider otherwise means to think that a human being is only an animal,” he said.

Puppinck is the director of the European Centre for Law and Justice, which was established by the far right US televangelist Pat Robertson, as a photo of the group’s founding statute obtained by EURACTIV shows.

Robertson’s views are not uncontroversial. He once described feminism as “a socialist, anti-family political movement that encourages women to leave their husbands, kill their children, practice witchcraft, destroy capitalism and become lesbians.”

This has raised concerns that US-style ‘culture wars’ over the separation of church and state could be about to make an entry into European politics.

One petition to ban gay marriages in Croatia has already sparked a referendum on the issue, while another gathered enough signatures to deter the Estonian government from proceeding with its own plans to legalise gay weddings.

Neil Datta, the secretary of the European Parliamentary Forum on Population and Development, told EURACTIV there was “a very high risk” that success for the ‘One of Us’ initiative would lead to similar campaigns over issues such as gay marriages, Israel, and prayer in schools.

“‘One of Us’ have been able to tap into and leverage the existing infrastructure of religious movements into becoming active in the relatively simple act of signing a petition so I wouldn’t be surprised if they go on to other campaigns,” he said.

The initiative has support in France stretching from the centre-right to Marine Le Pen’s National Front. The Front’s MEP, Bruno Gollnisch, was loudly applauded by One of Us representatives at last week’s parliamentary hearing, and limiting abortion could become a regional campaigning issue in the European elections.

But according to Sirpa Pietikäinen, a centre-right European People’s Party (EPP) MEP writing in EURACTIV today, the initiative is “inimical to the funding ideals of the European Union”

“The proposal is totally at odds with the EU’s longstanding development aid policy and threatens the viability of approximately $120 million in EU development aid,” she says. “The EU has a responsibility to stand up for [women’s] rights and maintain the progress made in reducing maternal deaths.”

EU projects do not promote abortion as a method of family planning, but programmes at risk could include the building and rehabilitation of health care facilities, healthcare personnel training, the provision of equipment, medicines and supplies, and technical assistance and health policy advice.

Support for civil society groups that provide outreach, advocacy, education, and counselling to young people around reproductive health would also be axed.

Commission sources say that if the initiative passes, they will be unable to continue work to meet the UN’s fifth Millennium Development Goal of cutting the maternal mortality ratio by three quarters, and achieving universal access to reproductive health.

Other effects of the proposal could be more surprising for its proponents.

In 2001, a law was enacted by the George W. Bush administration in the US, restricting federal funding for development NGOs which performed, advised or endorsed abortion.

Yet a World Health Organisation (WHO) study of its net impacts found “robust” evidence associating the policy with increases in abortion rates across sub-Saharan Africa.

One definite consequence of writing the initiative into Europe’s statute would be an increase in maternal deaths during pregnancy and childbirth, currently running at 800 a day, Datta said, adding, “The effect could even be much broader and undermine whole health systems in the developing world.”

The Commission must formally respond to the petition by 28 May.

The European Citizen’s Initiative was created by the Lisbon Treaty in 2010, and acts a mechanism by which European citizens can create a petition and bring it to the European Commission.

A citizens' initiative has to be backed by at least one million EU citizens, coming from at least 7 out of the 28 member states, before it can be accepted.

If an initiative does meet the eligibility criteria, the Commission has an obligation to consider legislating but is not forced to do so.

The One of Us ECI requests:

The EU’s position is that EU development funds for maternal health only go to fund safe abortion services in countries where abortion is legal. This position has been restated by Development Commissioner Piebalgs, in accord with the aims and objectives of the International Conference on Population and Development (ICPD), the “Muskoka Initiative” on improving maternal, newborn and child health and other international initiatives.