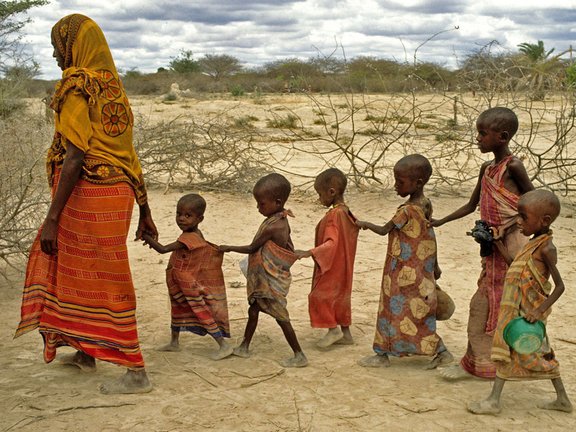 While the MDG target remains tantalizingly within reach, meeting it “would require considerable and immediate additional efforts,” says the paper, which is published today (1 October).

According to ‘The state of food insecurity in the world’, one in eight people – 12% of the planet – were unable to meet their dietary energy requirements in the 2011-2013 period. That is despite the number of people in extreme hunger falling at a rate that would leave the world just one percentage point off meeting the MDG in 2015.

Pietro Gennari, the director of the UN FAO’s statistics division told EURACTIV that a greater sense of urgency was needed from world leaders, to reach the the MDG objective.

“We have only two years to go until the deadline for the MDGs target so this study should galvanise efforts,” he said. “The number of hungry people is declining and this gives a very positive message. But the pace of this progress is not fast enough.”

The report finds that economic growth is an important factor in fighting hunger but that this is insufficient, as the benefits may not trickle down.

Inclusivity and targeted nutrition-enhancing policies are thus needed and “enhanced safety nets and investment in agriculture” could offer a way forward, the report finds.

Remittances from migrant workers in the rich world have become three times larger than official overseas development aid budgets on a global scale, the paper says. This process may reinforce the flight of the developing world’s most productive and highly skilled workers, but it can also ease poverty, say the UN – and other agencies.

“There is a very high cost for sending back remittances,” an EU official told EURACTIV. “Reducing this transaction cost would have huge benefits – more than working on our overseas aid development here.”

Brussels believes that developing countries also have to use their own resources to work towards achieving MDGs, the official said, adding: “We don’t want to name or shame anyone but many developing countries themselves have not necessarily made all the efforts they should have, and we can’t leave out their responsibilities.”

“I am not saying that we should not respect our commitments but we should look at all available means for enlarging the agenda for post-2015 (when the MDGs finish),” the source added.

Where a problem as complex as global poverty alleviation is concerned, this often requires a focus on more than one dimension of the issue.

Today's UN FAO report used a complex ‘suite of indicators’ to arrive at its statistics, examining food availability in countries, along with food production, consumption and international trade figures.

All statistics used in the report were compiled using raw data provided to the UN by national governments’ ministries of agriculture and statistics offices.

One anomaly the report seems to throw up involves under-nutrition rates being significantly higher than under-nourishment rates in some countries.

This is because under-nourishment is focused on consumption patterns, while under-nutrition takes results into account, according to Gennari.

“Of course hunger can be a determinant of nutritional outcome failures but it is not the only reason for them,” he said. “Even if you have a sufficient calorie intake, dietary composition may not be enough and this leads to vitamin and iodine deficiencies, or there could be a problem in terms of sanitation or water quality.”

People in the developing world could thus be severely affected by diseases even though they were not technically under-nourished.

Timing may also be a factor, as children whose growth is stunted will have a nutritional outcome that outlives the factor of malnourishment which caused it, Gennari said.

0 responses to “UN: Chronic hunger falls, but not enough to meet MDG”