Another Western army is leaving a fragile, landlocked region. But whereas the United States has pulled its troops out of one country, Afghanistan, France is walking away from five, argues Faisal Al Yafai [Twitter account of Janez Lenarcic]

The United Nations raised more than $1.7 billion in pledges on Tuesday (20 October) to fund aid efforts in Burkina Faso, Mali and Niger for the rest of 2020 and 2021 as UN aid chief Mark Lowcock warned a “preventable tragedy is looming” in the central Sahel region.

Lowcock told a virtual pledging conference that some 13 million people, including 5 million children, need emergency humanitarian assistance to survive. He said more than 7 million people had been pushed into acute hunger.

“Humanitarian needs in the central Sahel are higher than they have ever been, and the rate at which needs have increased is truly alarming,” he told the conference, organized by the United Nations, the European Union, Germany and Denmark. The EU executive was represented by Janez Lenarčič, European Commissioner for Crisis Management.

#SahelNow – Next to urgent humanitarian aid we must also:
➡️start dealing with the root causes of the crisis;
➡️seek better governance, focused on meeting the needs of the people;
➡️address the role of the authorities in the region in enabling the delivery of humanitarian aid. pic.twitter.com/i3MuqprP7k

The pledges from 22 countries, the EU and the Education Cannot Wait fund fell short of the $2.4 billion the United Nations said it needed.

Thank you to all donors for helping us raise more than US$1.7 billion at the #SahelConference to scale up life-saving assistance for people in Burkina Faso, Mali and Niger. Thank you @RasmusPrehn @HeikoMaas @JanezLenarcic @GermanyDiplo @DanishMFA @eu_echo for hosting. pic.twitter.com/s0hNt5eO7t

“The central Sahel region is at a breaking point,” UN Secretary-General António Guterres said. “The Sahel is a microcosm of cascading global risks converging in one region.”

The central Sahel is at a breaking point.

Violence is rising. The number of families facing hunger has tripled. Climate change is threatening livelihoods.

And #COVID19 is making things worse.

We must reverse this downward spiral with a renewed push for peace & reconciliation. pic.twitter.com/jZ7qFQFiai

Lowcock cited chronic poverty and underdevelopment, demographic growth and climate change, intercommunal conflict, violent criminal gangs and extremists as some of the causes of the humanitarian crisis.

France, a former colonial power in the region, is leading a coalition of West African and European allies to fight Islamist militants in the Sahel. It has deployed thousands of troops in the region south of the Sahara desert since 2013, but militant violence has been on the rise. 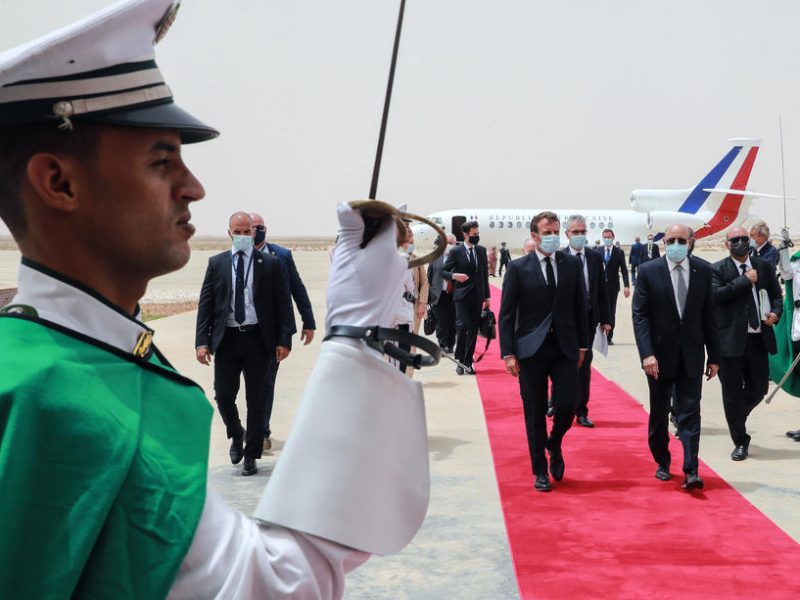