US Secretary of State Mike Pompeo speaks at the State Department in Washington, DC, USA, 26 March 2019. Pompeo announced the US will not assist nongovernmental organizations (NGOs) which fund third parties that provide abortions. Pompeo also said the US will reduce contributions to the Organization of American States (OAS), and prohibit US funds to OAS-related groups that advocate for or against abortion. [Erik S. Lesser/EPA/EFE]

Trump in 2017 reinstated a policy known as the “Mexico City Policy,” requiring foreign nongovernmental organizations (NGOs) that receive US family planning funds to certify they do not provide abortions or give abortion advice.

US Secretary of State Mike Pompeo told reporters on Tuesday the United States will expand that policy, known by critics as the “global gag rule,” by cracking down on NGOs that fund other groups that support abortion. 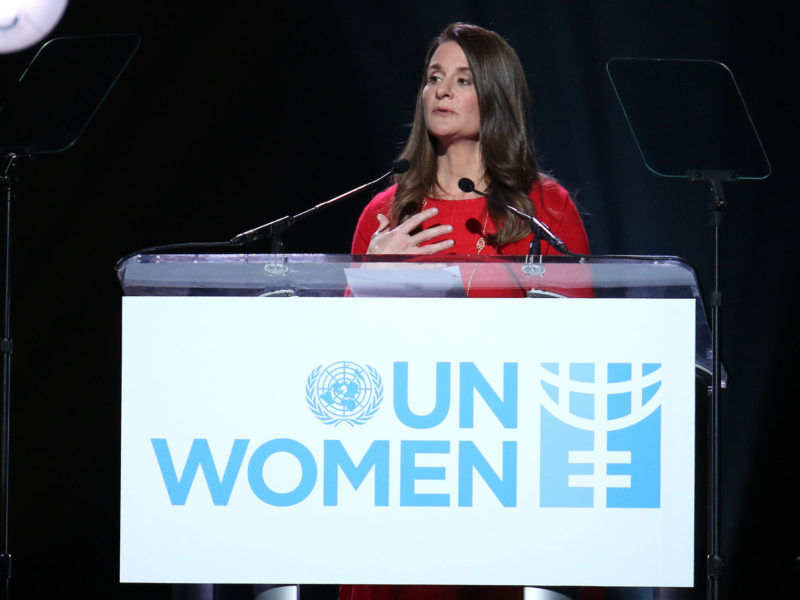 “We will refuse to provide assistance to foreign NGOs that give financial support to other foreign groups in the global abortion industry,” Pompeo told reporters.

“We will enforce a strict prohibition on backdoor funding schemes and end-runs around our policy,” he said, “American taxpayer dollars will not be used to underwrite abortions.”

In light of the evidence of abortion-related advocacy by an organ of @OAS_official, the U.S. will reduce our contributions to OAS equaling our estimated share of OAS spending on abortion activities. OAS should focus on the crises in Cuba, Nicaragua and Venezuela, not abortion.

Studies have found the Mexico City Policy leads to increases in abortion rates because of cuts to contraception use and closures of health clinics. The rule also potentially raises the risk of maternal deaths and endangers children’s health worldwide, researchers have said.

Pompeo said the United States will cut funding to the OAS as result of the expanded rule. “The institutions of OAS should be focused on addressing crises in Cuba, Nicaragua and in Venezuela, not advancing the pro-abortion cause,” he said.

State Department spokesman Robert Palladino said the United States would cut about $210,000 in funding from the OAS’ Inter-American Commission on Human Rights, an autonomous group that promotes human rights within the regional organization.

Anti-abortion groups applauded the announcement. “Taxpayer dollars should not fund abortion here or abroad, and respecting the inherent dignity of the unborn person goes hand in glove with our country’s foreign assistance and humanitarian work,” March for Life’s president, Jeanne Mancini, said in a statement.

The rule has been called the Mexico City Policy since it was unveiled at a U.N. conference there in 1984 and became one of the centerpiece social policies of the conservative administration of Republican former President Ronald Reagan.

Democrats and abortion rights advocates denounced the expansion as well as the so-called gag rule, which they have said infringes on free speech.

US House Speaker Nancy Pelosi said on Twitter: “There is no end to the depths of the Trump administration’s cruelty. Millions of women … will be arbitrarily left without care due to this shameful decision.”

Democratic Senator Jeanne Shaheen, the only woman on the Senate Foreign Relations Committee and co-sponsor of a bipartisan bill to make the Mexico City Policy illegal, said she’d asked the administration for more information behind the decision.

“This administration’s obsession with attacking women’s reproductive health is egregious and dangerous,” she said.

Leana Wen, the head of Planned Parenthood, which President Donald Trump vowed in his presidential campaign to defund for providing abortions, described Pompeo’s announcement as “unethical, dangerous and unacceptable.”