The UN food agency’s director urged the European Union on Monday (26 June) to help raise the $1 billion needed over the next few months to save hundreds of thousands of children from starving to death in Yemen and three African countries.

World Food Programme Director David Beasley said in an interview that 20 million people are “on the brink of famine” in Yemen, South Sudan, Somalia and Nigeria in the worst humanitarian crisis since 1945.

Our brothers & sisters in #Yemen, #SouthSudan, #Nigeria & #Somalia wake up each day and face hunger & violence. They need us #NowNotLater pic.twitter.com/0iMgReWxhG

“I’m here to appeal to the goodness of some of the wealthiest nations on the face of the planet to please continue to step up at a time such as this,” Beasley said after meeting EU foreign policy chief Federica Mogherini.

Great meeting with @FedericaMog today to discuss the strong partnership between the #EU ?? and @WFP for #ZeroHunger. Grazie Mille! pic.twitter.com/440Gznc8be

He appealed to wealthy EU countries like Britain, Germany and especially France to send more aid, saying Paris was contributing too little at $30 million.

He said of the 20 million people facing famine, 5.7 million are children who are malnourished, with around 1.5 million of them severely so.

“Our numbers are showing us that if over the next three to four months, if we do not receive the resources we need to provide the food, you’re looking at the possibility of 600,000 children dying,” Beasley said.

“We need another $1.0 billion for the four countries,” he added.

He added that the WFP had already cut rations in half for South Sudanese refugees in Uganda to spread aid to the most vulnerable in the four countries.

He said efforts to fight the famine have been hampered by the media focus on the French far-right politician Marine Le Pen, Brexit and the presidency of US President Donald Trump, while also noting donor fatigue at a time of conflicts worldwide. 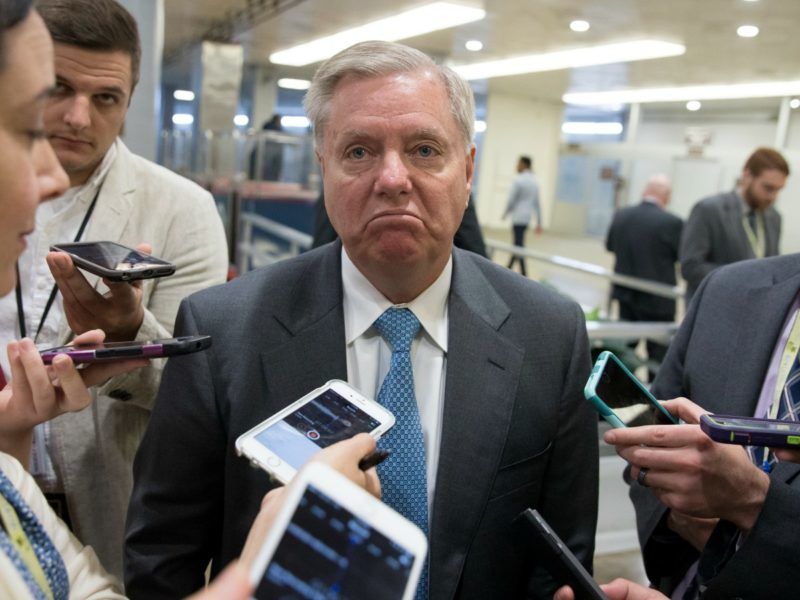 Republicans push back against Trump plan to cut foreign aid

US President Donald Trump’s fellow Republicans in Congress on Tuesday (23 May) assailed his proposed cuts in the diplomatic and foreign aid budget, making it unlikely the cutbacks in global health, peacekeeping and other programs will take effect.

“Because of all the distraction, I don’t think the world knows the direness of the plight,” he said.

Beasley, a former Republican governor of South Carolina and a Trump supporter, also predicted that Washington would correct its move away from foreign aid.

“I think President Trump, the White House and the (Congressional) leadership are coming to see the value of humanitarian assistance in fighting extremism,” he said.

“I have been telling my friends on the floor of the Senate and House, if you want to spend another half a trillion dollars on the military, cut the World Food Programme,” he said.