Women caught up in conflict failed by underfunding of sexual healthcare 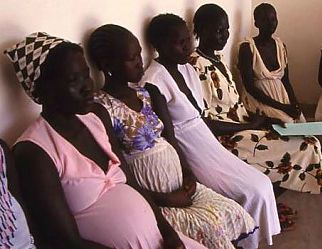 Funding for reproductive healthcare during humanitarian emergencies has increased over the past decade but is still woefully short of the level required to meet growing needs and save lives, according to a recent evaluation of services.

The shortfall is biggest in the areas of family planning services and abortion care. Only 14% of funding appeals for reproductive health services in humanitarian emergencies include provisions for family planning, while fewer than 1% of appeals ask for money for abortion services, concluded research conducted by the Inter Agency Working Group (IAWG) on reproductive health in crises.

Emergency contraception was provided at fewer than half of the facilities assessed by the working group between 2012 and 2014, and clinical care for rape survivors was deemed inadequate in most humanitarian settings.

The majority of preventable deaths of women and girls – often in pregnancy and childbirth – occur in countries affected by conflict, but these states receive 57% less funding for reproductive healthcare than stable nations, said the group.

According to the UN, 53% of under-five deaths and 45% of newborn deaths take place in areas of conflict or displacement. An estimated 60 million people are currently displaced by conflict, and an additional 22 million by natural disasters.

“The international community cannot claim to prioritise saving the lives of women and children while neglecting some of the most life-saving and cost-effective interventions in health,” said Sandra Krause, director of reproductive health at the Women’s Refugee Commission, a member of the IAWG steering committee.

The working group’s findings were published in the journal Conflict and Health earlier this year, but officially launched in London on Wednesday at an event co-hosted by the International Medical Corps, International Rescue Committee and Care.

The IAWG assessed the reproductive healthcare services for refugees and internally displaced people (IDPs) between 2012 and 2014. The study examined the levels of overseas aid funding for these services, and conducted field studies within refugee camps and in host communities in the Democratic Republic of the Congo (DRC), South Sudan, Burkina Faso and Jordan. A previous assessment had been made of reproductive healthcare provisions between 2002 and 2004.

Despite a clear improvement in services over the past decade, the working group said services remained chronically underfunded.

The bulk of funding went towards maternal and newborn health, but not enough money was spent on improving emergency obstetric and newborn care. Services to address gender-based violence and HIV and sexually transmitted diseases also received large portions of funding. But family planning services received the least amount of money.

Ensuring a regular supply of contraceptives to people in emergency settings was a major challenge, attendees at the London event were told. One of the first things women from Burundi asked for when they arrived in Tanzania after fleeing recent fighting was where they could get contraceptives, the meeting heard. When supplies were forthcoming, women often had few choices on the type of contraception they used. Long-acting methods of contraception were rarely available.

The research highlighted a “critical dearth of access to safe abortion”, despite some improvement in services. Due to political sensitivities about abortion, healthcare workers often hesitated to offer abortion or post-abortion services, even where permitted under national laws, the studies revealed.

“Under international law and the Geneva convention, women who are raped in a conflict situation are entitled to have an abortion,” Jenny Tonge, chairwoman of the UK all-party parliamentary group on population, development and reproductive health, told the meeting. “If agencies are working in situations where women need abortion and not providing it, are they not breaking international law? And therefore shouldn’t we be doing something about this? I understand the political problems, but this is basic international law. We ought to be stronger about it.”

Nadine Cornier, sexual and gender-based violence senior protection officer at the UN refugee agency, the UNHCR, said long-term funding was required to ensure effective delivery of all reproductive services, rather than the current “short-term, siloed response”. “Sixty million people and counting are displaced by conflict. We can’t leave this population out of the equation,” she said.

Reproductive healthcare needed to be improved at national and local level, and health workers better trained, enabling countries to cope better in times of disruption, the meeting was told.

The IAWG was established in 1995 by a coalition of UN agencies, NGOs, government agencies, donors and academic institutions to strengthen reproductive healthcare services for people facing conflict or disaster. More than 1,800 individuals and 450 agencies are current members. The working group published the first manual to set out the minimum standards of reproductive health service delivery in times of crisis, which has since been updated.