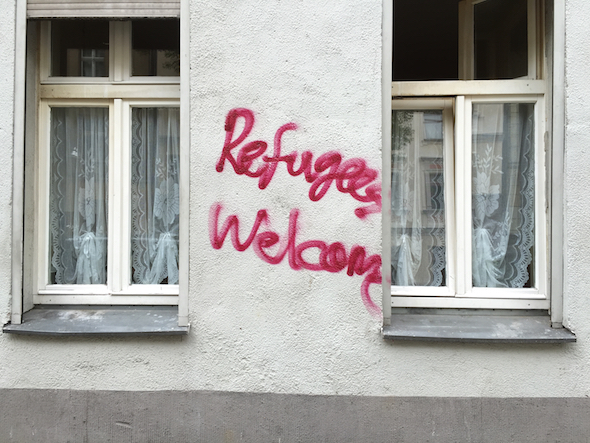 The large-scale migration of people from poor countries to richer ones will “reshape economic development for decades” but could help end extreme poverty and increase global prosperity if the flow is properly harnessed and regulated, according to the World Bank.

The global monitoring report 2015/16, published at the start of the bank’s annual meeting with the International Monetary Fund (IMF), notes that the world is undergoing a major demographic shift as population growth slows in developed countries but continues to rise in some less developed ones.

Although the demographic changes vary from country to country, the overall trends are stark: while more than 90% of global poverty is concentrated in lower-income countries where populations are young and fast-growing, more than 75% of global growth occurs in higher-income countries where women have fewer children, where there are fewer people of working age and where the proportion of elderly people is on the increase.

Jim Yong Kim, president of the World Bank group, said the current era of demographic change could prove to be “an engine of economic growth” if the right policies were in place to facilitate migration.

“If countries with ageing populations can create a path for refugees and migrants to participate in the economy, everyone benefits,” he said.

“Most of the evidence suggests that migrants will work hard and contribute more in taxes than they consume in social services.”

The report says that the European refugee crisis “only further highlights” the need to make the best out of demographic change, adding that regardless of whether people are migrating to escape danger or to improve their futures, the global economic dividends they bring can be considerable.

“Given the generally high level of restrictions on the movement of people across borders, the potential gains from expanding legal and safe migration are large. Demographic disparities can amplify those gains.”

The study says that migration from younger, developing countries to ageing, high-income countries can help address the decline in working age populations in the latter, as well as improving growth prospects and ensuring the sustainability of public finances.

But the report’s authors point out that the impact of large-scale migration on both origin and destination countries must be carefully examined and managed. And while they acknowledge that significant migration can lead to problems such as brain drains in developing countries, they insist that the negative effects can be mitigated.

“Migration not only benefits sending countries through remittances but also presents challenges … but these can be actively managed,” says the report.

“Tackling the underlying push and pull factors of migration and targeting interventions to retain, attract, or reattract talent are essential.”

The report urges the international community to promote legal migration flows to counteract the decline in working-age populations in ageing countries and to relieve pressure on countries where labour is abundant.

To that end, it calls for the drafting of clear migration policies, the enforcement of minimum wage laws and for migrants to be given “adequate information” about their rights and obligations and protected from potential abuses from firms.

At the same time, the world needs to develop comprehensive and targeted policies to not only retain and attract talent, but also to encourage return migration.

“The demographic developments analysed in the report will pose fundamental challenges for policymakers across the world in the years ahead,” said Christine Lagarde, the IMF’s managing director.

“Whether it be the implications of steadily ageing populations, the actions needed to benefit from a demographic dividend, the handling of migration flows – these issues will be at the centre of national policy debates and of the international dialogue on how best to cooperate in handling these pressures.”

The World Bank report comes a day after the British home secretary, Theresa May, gave a controversial speech in which she claimed that mass migration to the UK threatened national cohesion and meant the wages of some low-paid workers were being undercut, with thousands of others forced out of work altogether.

Four months ago, the UN special rapporteur on the human rights of migrants, François Crépeau, warned that the EU needed to plan 25 years ahead as it sought a strategy for dealing with the increasing numbers of refugees and migrants who are risking their lives to reach the continent.