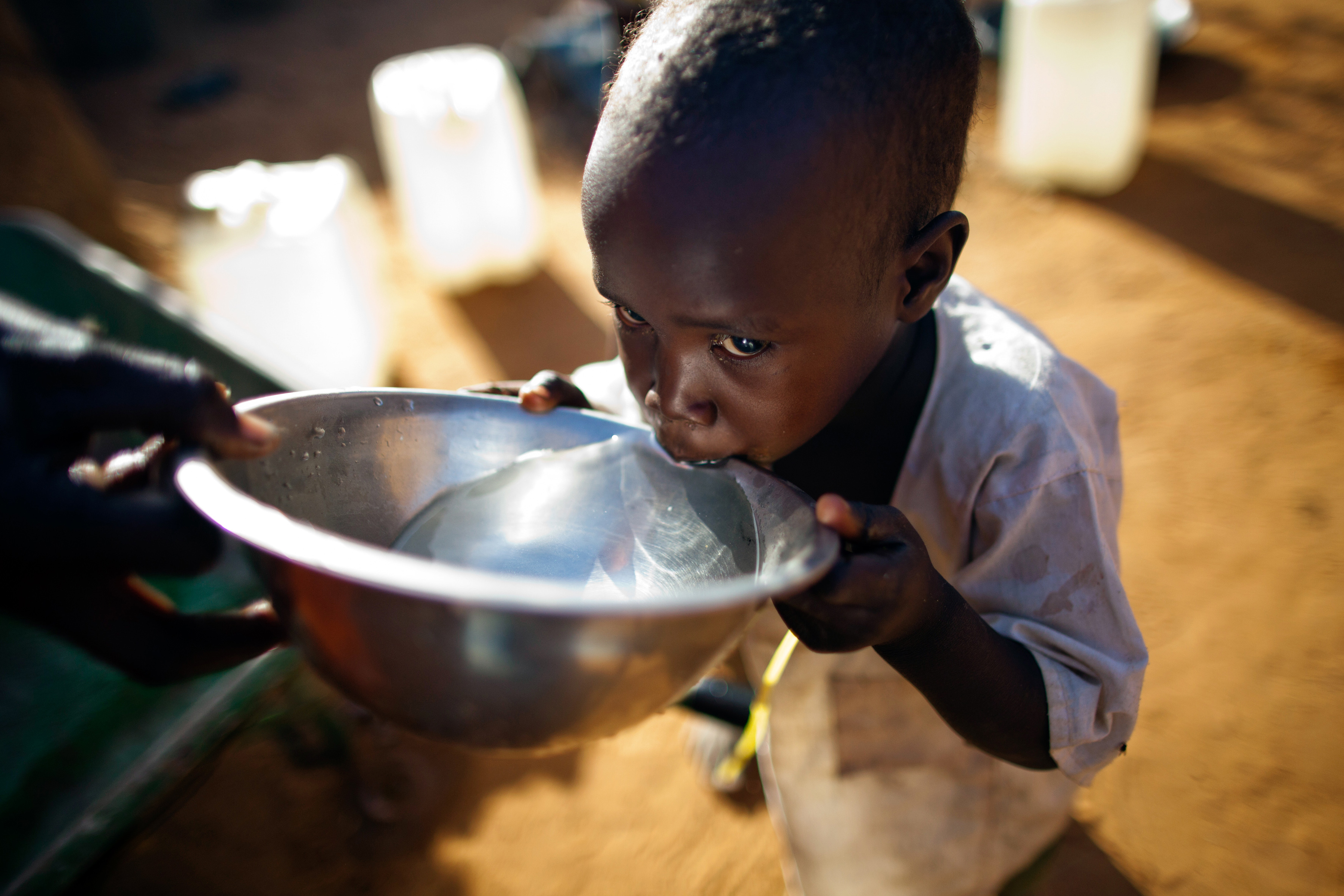 Governments are on track to meet four of the 21 targets set out in the United Nations’ Millennium Development Goals by the 2015 deadline, the lead author of the World Bank’s 2013 Global Monitoring Report told EURACTIV.

Last year governments had completed three of the 21 targets listed in the UN’s eight development goals and the first part of a fourth one:

The World Bank report, which monitors the progress of the MDGs and will be presented in a number of capitals over the coming weeks, says it expects governments to meet fully the second part of the fourth target – eliminating gender disparity at all levels of education – by 2015.

But progress was slow in other vital development areas, such as reducing infant and maternal mortality rates, and access to basic sanitation, it says.

“The good thing is that one of the prime ones has been met, halving of extreme poverty,” said Jos Verbeek, an economist and lead author of the report. “But if you look at the additional targets that might be met, without a fast acceleration, I think we’re only going to meet gender equality in primary and secondary school. But none of the other ones will be met,” he said.

“And if you look at the country level it becomes more gloomy. If you look across regions for the MDGs, then East Asia and Pacific looks very good because we expect all the MDGs to be met… And if you look at sub-Saharan Africa none of them will be met.”

Verbeek added that completion of the target to improve the lives of 100 million slum dwellers was a “misdemeanor” since official figures had underestimated the number of slum dwellers at 160 million instead of 1 billion when governments agreed the goals in the UN.

But the 192-page study, launched in Brussels on Monday (29 April), notes that countries have made significant absolute improvements in development despite their distance from achieving the goals.

For instance, while sub-Saharan Africa had appeared to underperform, it had had further to go to meet the goals when they were set in 2000.

“If you look at sub-Saharan Africa’s starting position … [it] has a much bigger amount in absolute terms to improve then many of the other regions,” Verbeek said. “Then if you look at absolute improvements in some of these difficult MDGs, which are related to maternal health and infant mortality, sub-Saharan Africa, which was furthest behind, behind South Asia, made the biggest progress.”

The report focuses on urbanisation as a key component of development. The World Bank estimates that of the expected additional 1.4 billion people to be born in developing regions by 2030, 96% will live in urban areas.

“Agglomeration, or the clustering of people and economic activity, is an important driver of development and evidence suggests that it can have high pay offs, particularly for countries on the lower rungs of development,” said Lynge Nielsen, a senior economist at the International Monetary Fund and co-author of the report.

The report found that urban poverty rates were significantly lower in than rural areas and that city-dwellers have far better access to basic public services such as safe drinking water or sanitation.

But the authors warned that the mismanagement of urban areas could result in the expansion of poor and unsafe slums, overwhelming city growth.

A number of cities, such as Nairobi, have seen their outskirts transformed into huge slums as Kenya's population continues to increase due to high birth rates and migration.

Benedetta Mwongeli, the founder of the youth organisation Mukura Talent Development, told EURACTIV that the population of the slum she once inhabited, Viwandani, had exploded from a few hundred some 30 years ago to tens of thousands by 2013.

This, she said, had caused a number of problems, describing how her mother had hand-built a toilet over a sewage pathway running through the slum to provide a form of sanitation. She added that improper housing was the main problem of slums, calling for infrastructure development, including sanitation networks.

“We have to address the foundation of the problem. If you just cover over the roof it does not fix the problem, it can ruin the whole roof,” she said.

Giorgia Giovannetti, director of the development department at the European University Institute, made a similar point: "Lagos, where the population has doubled in a decade, faces a critical situation."

Verbeek also expressed disappointment as recent Organisation for Economic Co-Operation and Development statistics which showed a drop in Europe’s overseas aid spending during the economic crisis.

“Many developed countries didn’t live up to their promises for delivering aid for the MDGs … Similar with aid effectiveness,” he said.

Despite the fall in aid, southern economies had weathered the crisis well, he said. Many countries experienced a dip in growth during the crisis, due in part to falling trade with Europe, but still grew significantly faster than Western economies.

“In the old-fashioned North-South economies, if the North was getting a cold, the flu was in the developed world,” said Verbeek. “This time around that didn’t happen. The flu was really in the developed world and yes the developing world coughed, sure, we see that growth numbers there also declined because you’re losing part of the export markets, but growth remained very strong because they were much more intertwined with growth among one another, in particular the BRICs countries.”

He added that development organisations should push for universal goals in the next set of MDGs.

“I think if you want to address global public goods, then you will have to have universal goals and targets. You cannot say we apply them to only one side of the world and not to the other side,” he said.

“But if they still are these really basic services, like the MDGs are, getting kids through primary school, these are still very much applicable to the developing world.”

Jean-Pierre Halkin, head of unit for rural development, food security and nutrition at the European Commission, said: "Nutrition and hunger was not reflected enough in the previous [current] MDGs."

"For the Commission, development is with or without urbanisation. It supports it but cannot drive it," he said.

"We are certainly going to use it [the report] a lot to develop our own policies."

Arif Havas Oegroseno, Indonesian ambassador to the European Union, said: "We need an ambitious yet achievable programme." He added that the report had strong implications for Indonesia, 48% of whose population lives in urban areas.

Oegroseno cited financial services as an important driver of development. "Indonesians access to banking is still very low. 80% of its money is held in real estate... Financial services could contribute to meeting the MDGs."

Giorgia Giovannetti, director of the development department at the European University Institute, said of the report: "In terms of policy implications it makes a huge difference. It shows there is ample space for improvement. It shows that for urbanisation, planning is the key. Without planning we go nowhere."

She called for the World Bank report to include "perceived" poverty as well as economic poverty.

Paul Engel, director of the European Centre for Development Policy Management, said it was a "strong report" but that he was "concerned by a narrow MDGs report when we are discussing the goals for post-2015". He said it showed how "urbanisation can be guided and can be met with relevant policies".

"It shows how unimportant ODA [Official Development Aid] is becoming for development."

"There needs to be a stronger emphasis on urban agriculture and short food chains," he said, adding: "It is also important to consider the cultural dimension [of urbanisation], the connection to your family, village".

The United Nations set the eight Millennium Development Goals (MDGs) - all to be met by 2015. The eight goals were then sub-divided into 21 targets.

The eight goals are:

In 2008, governments, businesses and other organisations reinforced their commitments to meet the MDGs, raising some €12.3 million in new funds for development.

A 2010 MDG summit concluded with the adoption of a global action, again reinforcing the drive towards meeting the MDGs, including pledges amounting to some €30 million towards women's and children's health.