Abortion: Choice is a human right

By Heidi Hautala and Sophie in 't Veld 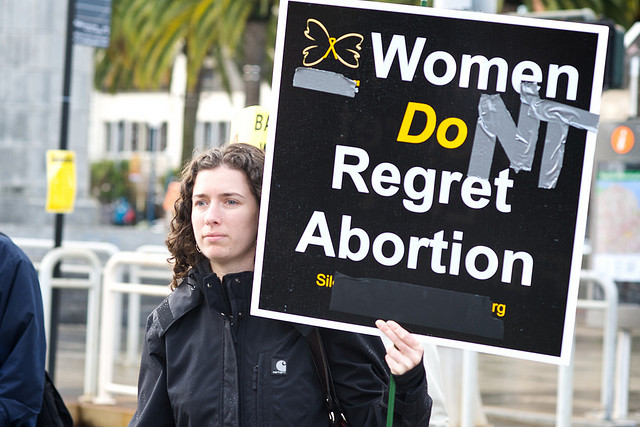 In many developing countries today women and girls have their human rights violated by their own government, resulting in mental torment, horrific injury or even death, write MEP Heidi Hautala, Greens, Finland and MEP Sophie in ‘t Veld, ALDE, Netherlands, Co-chairs of the European Parliament Working Group on Reproductive Health, HIV/AIDS and Development (EPWG).

10 December is International Human Rights Day, which marks the adoption of the Universal Declaration of Human Rights in 1948.

About 28 countries world-wide impose full bans on safe abortion, many of these are developing countries in Africa and Latin America.  Even if the life of a woman is under threat during pregnancy, she cannot legally have a lifesaving termination. Neither can she have an abortion if she has been a victim of incest, if the foetus has a fatal abnormality, or if she has been raped and impregnated by her perpetrator.

Restrictive abortion regimes tend to come about when religious beliefs are prioritised over women’s lives, reproductive choice, liberty, and dignity.

In some of countries with total abortion bans, women and girls are imprisoned if convicted of having a termination. In El Salvador, for example, a woman can face a prison sentence of between two and eight years. A healthcare professional that assists her is liable to face 12 years behind bars. Unbelievably, women who suffer miscarriages have been charged with aggravated homicide, which carries a prison sentence of up to 50 years.

If the objective of these laws is to stop abortions, they are failing miserably. Evidence proves that highly restrictive abortion regimes do not equate to lower abortion rates. In 2008, the abortion rate in Latin America – where abortion is illegal under most circumstances in the majority of countries – was 32 per 1,000.  The rate was 12 per 1,000 in Western Europe, where abortion is generally permitted on broad grounds.

Instead, these laws drive women to have unsafe abortions. This is especially the case in developing countries, where most women cannot afford to travel, and are a great distance from a jurisdiction allowing safe abortion.

Unsafe abortion usually involves going to a backstreet abortion provider or using sticks, wire hangers or poisons to induce a termination. Huge numbers of women die and suffer horrific lifelong injuries resulting from botched abortions. Few who visit clinics treating the victims of unsafe abortion and bear witness to their torment will subsequently deny the importance of access to safe abortion.

Another consequence of bans on legal and safe abortion is the acute torment caused to adolescent girls who have unplanned pregnancies, especially for those who are pregnant due to rape. In conservative societies, many pregnant girls choose suicide rather than endure social stigma and risk rejection by their families.

The only way to reduce abortions

The only proven way to reduce unwanted pregnancies and abortions is through the provision of good quality sexuality education, the availability of modern contraception, and creating a society where women have power over their sexual encounters.

The EU has a longstanding track record of promoting all of these elements through development aid funding for family planning and sexual and reproductive health. It is of utmost importance this funding is maintained and the access to safe and legal abortion is not restricted by other donor countries, like the United States. The EU has to protect women’s and girls’ rights and dignity.

0 responses to “Abortion: Choice is a human right”