Civil society and the European Year for Development 2015 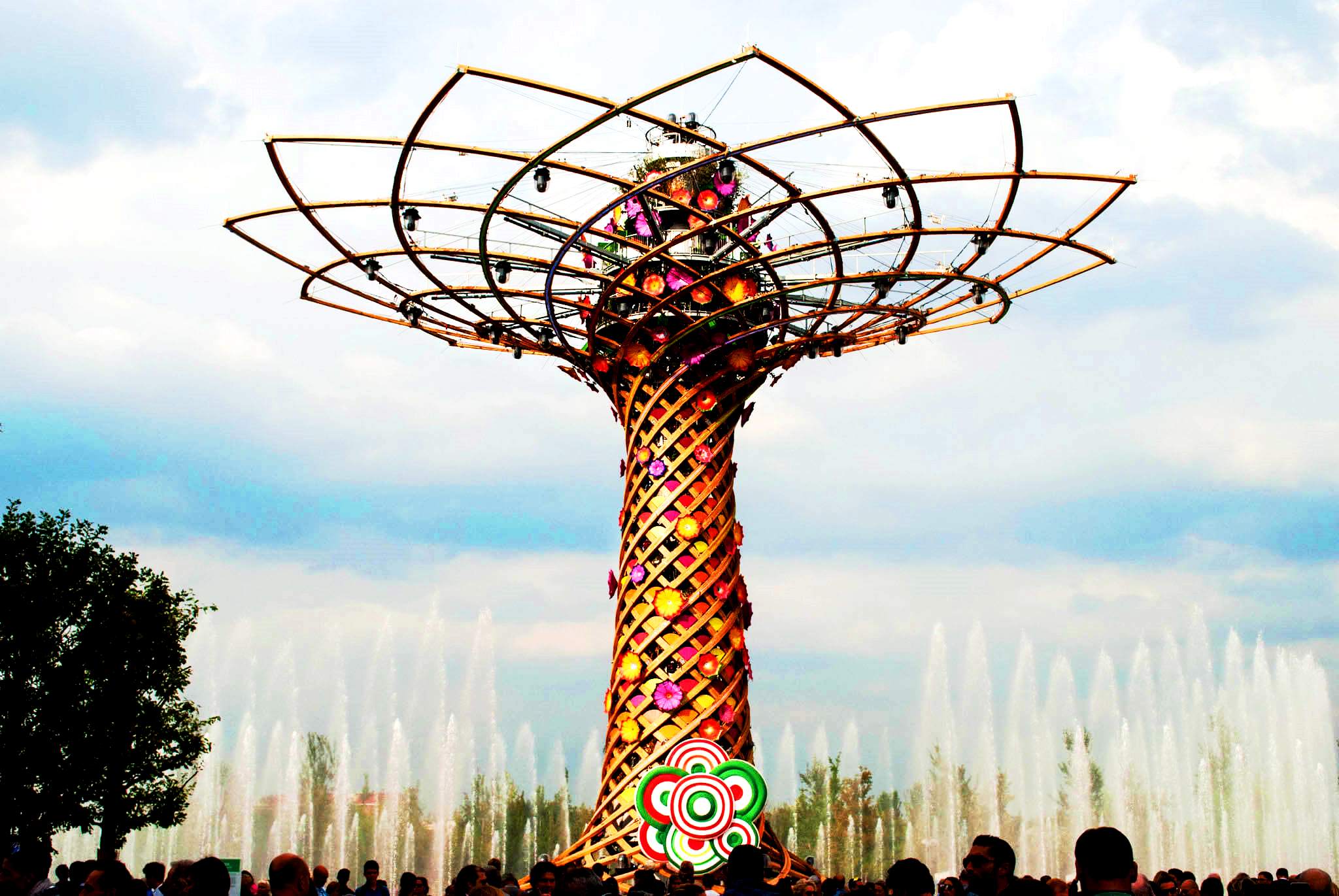 The 'Tree of Life' at the Milan Expo. [Concord]

Civil society organisations must apply the lessons learned from the 2015 Year of Development, starting by clarifying and communicating their message effectively, writes Marina Sarli.

Marina Sarli is a board member of CONCORD Europe and President of Fair Trade Hellas.

Citizens and representatives from Civil Society Organisations (CSOs) from across Europe were invited to an open debate with thematic workshops at the “You can make a change – Sustainable Development 2.0” conference in Milan on 28 and 29 October. The aim of this conference was to address, on one hand, the principle of ‘Universality’ of the new UN Sustainable Development Goals (SDGs) framework in specific areas such as migration and food security, and on the other hand, the complementary actors in the implementation of the new SDG framework, such as local authorities and the private sector.

One very clear message resulted from the two day event: the development sector must communicate its work in a better way if we want to be regarded as effective actors by society and provoke deeper engagement and commitment from citizens.

“Communication” is one of the four words I retained in the days’ conclusions. In fact, I could resume the whole day through a line connecting four words starting with the letter C.

Concepts: we need to simplify the concepts behind complex issues and to change not only the narrative driving our work, but also to clarify the connections between global issues and their local relevance in Europe. We should be brave and change our point of view. The migrant crisis offers an ideal dramatic field to turn upside down not only policies on migration and on development but also our perspectives: migrants are not ‘a problem’, migrants have a problem. Migration is not a problem that affects us; it is a problem that affects them. There is huge potential for strengthening our values of solidarity, respect and justice in our society as strong as the dangerous threat of losing them.

Complexity: we are not alone. We need “alliances and partnerships”. A multi-stakeholder approach is needed and we, as CSOs, have to find our place and role not only as implementers of actions and activities but also as watchdogs and policy shapers. In this frame, the workshops on Local Authorities and the Private Sector in Development offered several critical incentives for reflection. Let’s be honest: things become even more complex when we have to plan and work to share our vision, to relate to people coming from different sectors. But only through this complexity will we reach a holistic view that improves the effectiveness of our work.

Coherence: everything has already been said on different occasions on this issue. We have to keep high on our agenda our policy makers’ commitment to implementing coherent policies. Only this can guarantee a radical systemic shift towards the sustainable development we all envision under the new SDG framework. But we have to go a step forward and put coherence in our lives, moving towards that paradigm shift that changes our individual lives and influences community life, creating a real positive impact. An impact that becomes a change.

Communication: we need better internal communication to improve the effectiveness of our networks, alliances and partnerships as well as stronger external communication. Most importantly, we need to bring citizens with us: show them evidence of our work and engage them in building a society of solidarity and respect for human rights as recommended by the EYD 2015 Civil Society Alliance event in Milan.

One year ago, when the EYD was announced, I was invited to a conference in Rome and I tested something: I asked the audience in the room to raise a hand if participants knew which European Year we were we were going through in 2015.

Very few hands were raised at that time.

In one year, the Civil Society Alliance (through the EYD project) has organised several events touching important themes for the development sector: issues that are relevant for us and our work but also out there for the wider society, issues that are as burning as hot potatoes at social and political level.

National, local and European institutions have interacted with CSOs to build more efficient ways to reach out to citizens, but this is only the beginning: only by involving people and making them aware of what are we talking about will give us the legitimacy to speak in their name and therefore reach higher consensus for the policies we demand.

Because only consensus that becomes political opinion brings about political change.

This European Year for Development 2015 focused on an important communication and awareness raising campaign.

“Diversity is richness”: CONCORD and the Civil Society Alliance – including many Civil society Organisations from sectors other than development – made a very small part but planted a seed that will bear important fruit: first among them a new way to communicate the world of development cooperation starting from the statement “development is not how much we give but how we live”.
As said by Ms Orsola De Castro, co-founder of the Fashion Revolution movement “yes, even fashion is political!”

We will do our best to get EYD 2015 policy recommendations recognised as an important tool that will be finalised in November and presented during the closing conference of the European Year for Development 2015 ahead of the Informal meeting of Development Cooperation ministers in Luxemburg. We will make them an important tool for dialogue with our EU, national and local institutions.

The goal of this EYD is that if in January 2016 you ask people to raise their hand if they know which European Year has just ended, more hands will be raised.

“You can make a change – Sustainable Development 2.0 .”  This key event was organised by CONCORD and the Civil Society Alliance on 28 and 29 October 2015, in the frame of the European Year for Development 2015.