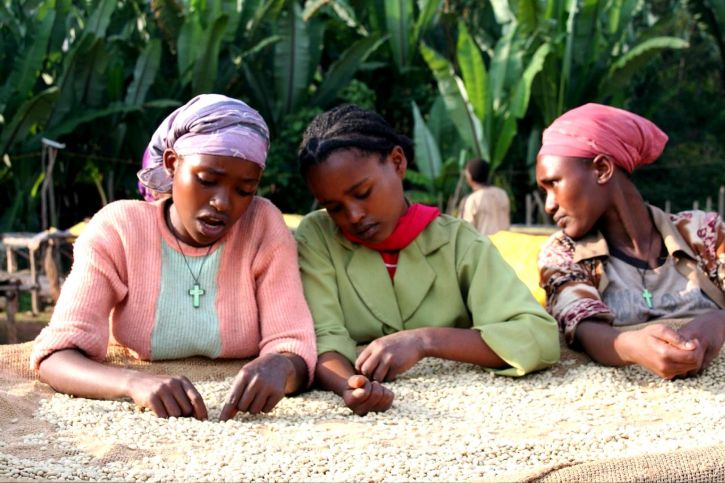 Almost every cup of coffee we drink helps perpetuate poverty in coffee growing regions. The business model of most of the coffee industry is outdated and exploitative. The compensation received by the coffee farm workers and others who depend directly or indirectly on its production has no relationship to the price coffee lovers in developed nations pay for a cup of coffee or to what it costs to produce it. Because we love coffee, we can’t remain indifferent.

Less than one cent per cup of the coffee sold in the United States, Europe and Canada helps eradicate poverty in coffee growing communities. That is why most of them live in poverty, or in extreme poverty.

So called ‘Fair Trade’ coffee will never eradicate poverty in coffee growing communities either, with it coffee farm workers and others at the very bottom of the coffee value chain will only be less poor but still poor, unless they stop working in coffee. Most of them will continue working in coffee because there are no other jobs or means for them to earn their living.

Because more than 1 billion people love coffee and all of us together drink more than 3 billion cups of it daily, coffee generates tens of billions of dollars in added value, taxes and profits for developed nations. CAFÉ FOR CHANGE believes coffee drinkers can help change the world if we enjoy our coffee in partnership with those who produce it. In Europe more than 700m cups of coffee are drunk daily, while in the United States and Canada, coffee lovers drink more than 600m cups every day.

There are more than half a billion coffee lovers like you in developed countries and 26m coffee farm workers in coffee growing nations. In total, over 250 million people in coffee producing countries depend directly or indirectly, totally or partially, on coffee production.

To stop the exploitative business model in coffee, we are creating a simple and transparent REAL Shared Value system based on compensation of 10 cents per cup of coffee sold in developed nations to help eradicate poverty in coffee growing regions within one generation. It is high time for change. It is urgent to change the equation of coffee including real benefits for those who grow it.

The people who produce the coffee we love to drink have the right to fair compensation for their work, to running water, proper housing, education and healthcare. But most of them and their families do not have such basics because less than one cent of every cup of coffee we drink in developed nations benefits the coffee farm workers in coffee producing communities.

Today, the coffee served at the White House, 10 Downing Street, the Elysee Palace, the Bundeskanzleramt, the European Commission, the European Parliament and the seat of every EU and G7 government contributes less than one cent per cup to help achieve the Sustainable Development Goals that their politicians claim to support. This must change. It is unacceptable.

All major coffee chains, independent coffee shops, restaurants, hotels, institutions and governments in developed nations can join the 10CentsPerCup initiative, you as a person or company can drink CAFÉ FOR CHANGE. A small deed with each cup of coffee you drink can literally change the world by creating a significant global coffee trust fund to help end poverty in coffee growing regions in one generation.

Together we can change their lives and their part of the world by drinking coffee in partnership with them. For most of us compensation of 10CentsPerCup of coffee is an insignificant amount, but for them it is a path out poverty.

Drinking our coffee in partnership with those who produce is not charity; it is an act of justice. Delicious justice.

Join CAFÉ FOR CHANGE to transform your coffee machine into an engine for change. With it and our coffee you can: Drink Coffee. Change the World. Easy.

Our top quality single origin coffee –available from December 2015 in compostable and biodegradable pods compatible with the most popular coffee systems – includes compensation of 10 cents per cup to help eradicate poverty in the coffee regions where it was produced.

Our crowdfunding campaign will be launched in a few weeks.