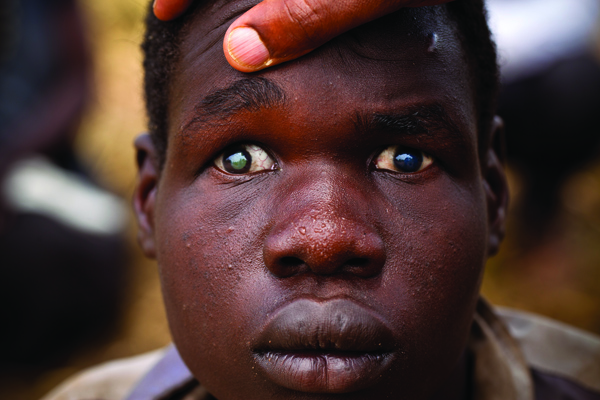 If we are to achieve the ambitious aims of the 2030 Agenda, then we need to be making the kind of scientific breakthroughs the winning scientists of the Nobel Prize made in the 1970s, writes Francoise Grossetête.

In Oslo today, the Nobel Committee will award the 2015 prize for medicine for ground-breaking research on killer diseases. In the year that the international community has agreed om the 2030 Agenda for Sustainable Development as the global roadmap to end poverty and disease, the prize will go to discoveries around the treatment of parasitic diseases such as malaria and river blindness.

These and other diseases of poverty affect over one billion people around the world. It is all the more admirable that the prize is being given for work on river blindness, a category of disease called ‘neglected’ that have neither the scale nor the visible impact of HIV/AIDS, TB or malaria.

Yet, neglected tropical diseases account for 11% of the global disease burden, costing economies billions of dollars every year and preventing millions of people around the world from reaching their full potential. If we are to achieve the fulfill the 2030 Agenda, then we need to be making the kind of breakthroughs winning scientists made in the nineteen seventies.

Europe, as the world’s largest contributor to development assistance and a centre of excellence in biomedical research, can drive this agenda forward. If the EU invests smartly in global health innovation now, we can deliver the diagnostic, prevention and treatment tools that can end this burden of disease. Diseases like river blindness or Leishmaniasis are neglected by the global health industry because, traditionally, there has been no market incentive for the private sector to invest their resources in coming up with treatments or cures.

Often, the people who suffer from these diseases just happen to live in the wrong country or region. That is why public investment and government support is so crucial if we are to defeat these diseases.

Are we committed to research excellence in Europe that can deliver a Nobel Prize to the EU in 15 or 20 years’ time for the discovery of a vaccine for TB or a cure for malaria?

The EU has long been among the forerunners of support for global health innovation, including investing in diseases of poverty. According to a new study, the EU is the second largest public funder of R&D for poverty-related and neglected tropical disease worldwide, with an investment of €1.1 million in the period 2007-2014.

However, this money was spent without a coherent global health innovation strategy. Furthermore, EU funding in this area is allocated based not on the demands of the global health community, but on EU research and innovation priorities. Funding instruments exhibit problems that prevent EU research from advancing – from restrictive call structures, discouraging application success rates, to a lack of coherence between the different instruments.

If we are to improve, we need to better align the research and investment agendas with the needs of global health.

For some, investment in fundamental health research provides no tangible return on investment. However, global health innovation has shown that it can deliver life-changing innovations. The Nobel Prize research was carried out in the 1970s, but the drugs developed have saved millions of lives only in recent years.

We have managed to eradicate diseases like polio and malaria from Europe, and thanks to immunisation programmes we can almost say the same in other parts of the world.

The 2030 Agenda sets the ambitious target to end the epidemics of AIDS, tuberculosis, malaria and NTDs within the next 15 years. To do that, we need to be developing the necessary tools today.

As member of the European Parliament, I will continue to work with my colleagues to make sure the EU is using its resources as best and as effectively as we can. In these straitened economic times, it is important for us to invest in areas where we make the biggest impact. Global health innovation is certainly one of those.

With the forthcoming review of the multiannual financial framework (MFF), we have an opportunity to review the EU’s performance. We can choose this time to refocus our efforts and investments, and place the EU at the front of the fight to eradicate diseases of poverty once and for all.